La Jolla may have finally found a solution for dealing with the strong stench coming from the poop of sea lions. 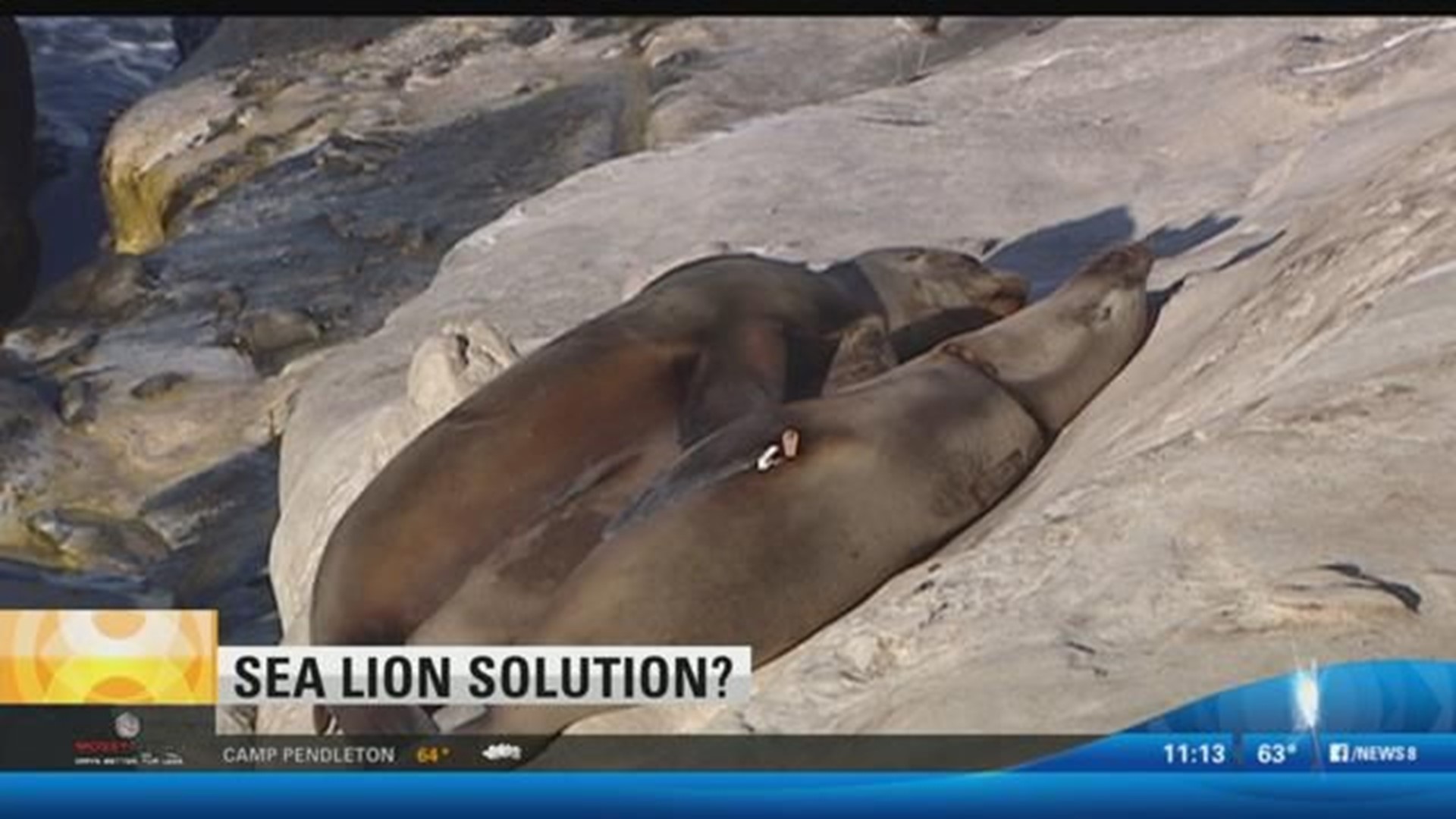 SAN DIEGO (CBS 8) - La Jolla may have finally found a solution for dealing with the strong stench coming from the poop of sea lions.

On Tuesday night, the Town Council heard a new idea for keeping sea lions off the bluffs at La Jolla Cove.

Since sea lions make their way up to the guardrail each night, the city hired a company to spray germ killing foam to get rid of the poop, but critics say it only lasts a week and the odor is back.

There are strict coastal regulations on how to take care of the sea lions and now there could be a solution.

The high surf has the sea lions on higher ground in the La Jolla Cove and residents and visitors can smell their poop, which is giving off a strong stench.

After months of exploring options of what is legal, humane and efficient, the La Jolla Town Council Coastal Committee gave a first look at the marine mammal safety barriers.

“These are large cylinders that are inflatable and when the sea lions try to go over them they spin, so the sea lions can't get any leverage on them,” said La Jolla Town Council President Steve Haskins.

The safety barriers have been supported by the National Oceanic Atmospheric Administration.

“When the sea lions attempt to pass over they spin, no matter how much they try to get traction, they can’t," said Haskins.

The rollers will be placed on the east and west end of the cove to control where the sea lions do their business.

“I like this idea. I’m actually pleasantly surprised to have come down here to see it,” said Claude-Anthony Marengo, La Jolla Merchants Association President.

Still, how and who should scoop the poop, has been raising a stink for several years.

“How do you interface with the city? How do you get them off their ass and how are we going to move forward on this because obviously we appreciate your leadership,” said Barry Jagoda.

The La Jolla Town Council is expected to approve the barrier plan on Thursday, share it with organizations, and hope the City Council will approve without going through the Coastal Commission approval.

Council President Lightner supports the plan, while a judge has rejected a complaint that it's the city's responsibility to scoop the poop, which is on appeal.