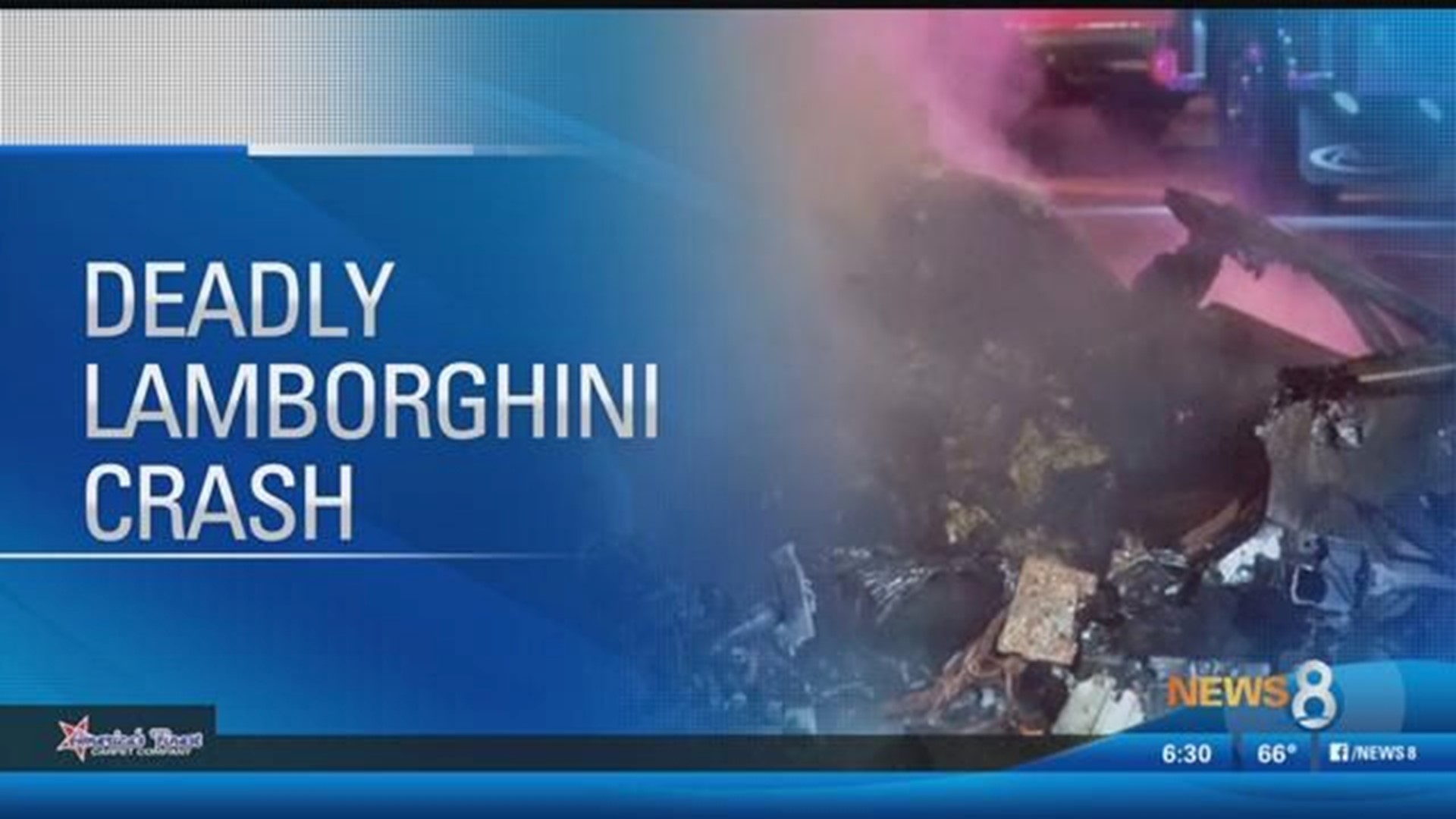 Firefighters say the Lamborghini the man was speeding in on North Harbor Drive smashed into a palm tree in the early morning hours and burst into flames.

A Harbor Police officer patrolling the area was at the scene of the crash - just south of Broadway and North Harbor Drive - within moments, police said.

It is unknown why Llamas was going so fast in a lime green Lamborghini - firefighters say he was going well over 100 miles per hour.

The San Diego resident died in the driver's seat of the charred and mangled vehicle. A female passenger who was thrown from the wreckage was hospitalized in undisclosed condition.

Llamas, whose death was ruled an accident, served as the first CEO of Poway-based Medical Marijuana Inc., a cannabis-products provider that bills itself as the first-ever publicly held company of its type.

Medical Marijuana Inc. released a statement on the crash that reads:

The company has learned that Michael Llamas died in a traffic accident over the weekend in San Diego. The company mourns the loss of one of its visionary founders. Mr. Llamas was an incredible philanthropist and changed countless lives throughout the world.

Others didn't see Llamas that way.

There's an entire blog dedicated to, what the site calls, victims of the Llamas family scams.

After serving about three years as CEO with Medical Marijuana Inc, Llamas resigned in 2012 upon being indicted in connection with a mortgage fraud scheme that cost loan agencies and other victims more than $10 million.

Llamas has had dozens of tax liens against him according to court records and was involved in at least one lawsuit.

That year he was accused of being involved in a ponzi scheme.

Last year, Llamas pleaded guilty to conspiracy to commit wire fraud. He was scheduled to be sentenced next month, according to court records.