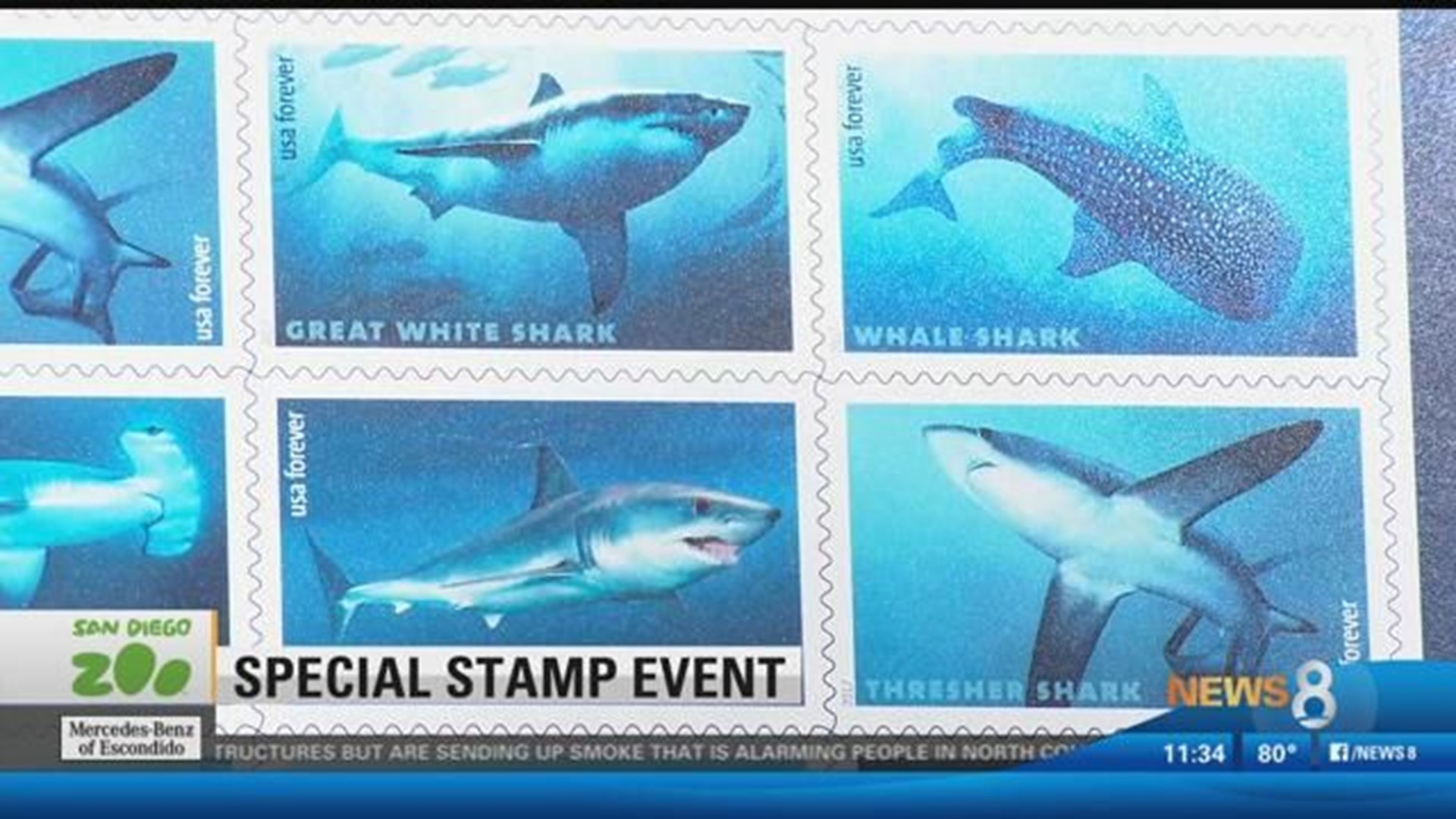 The USPS unveiled the Sharks Forever stamps at the San Diego Zoo's brand new Conrad Prebys Africa Rocks exhibit in front of the Cape Fynbos habitat that houses the zoo's leopard sharks. Collectors had the unique opportunity to have their stamps canceled with a marking that said "San Diego Zoo."

Five shark species, including the mako, thresher, great white, hammerhead and whale, are featured in the collection that includes commemorative stamps, envelopes and postcards.