SAN DIEGO (NEWS 8) — The latest storm to hit San Diego is making for a beautiful scene in our local mountains with plenty of fresh snow that brought out lots of visitors this weekend. In Julian, t... 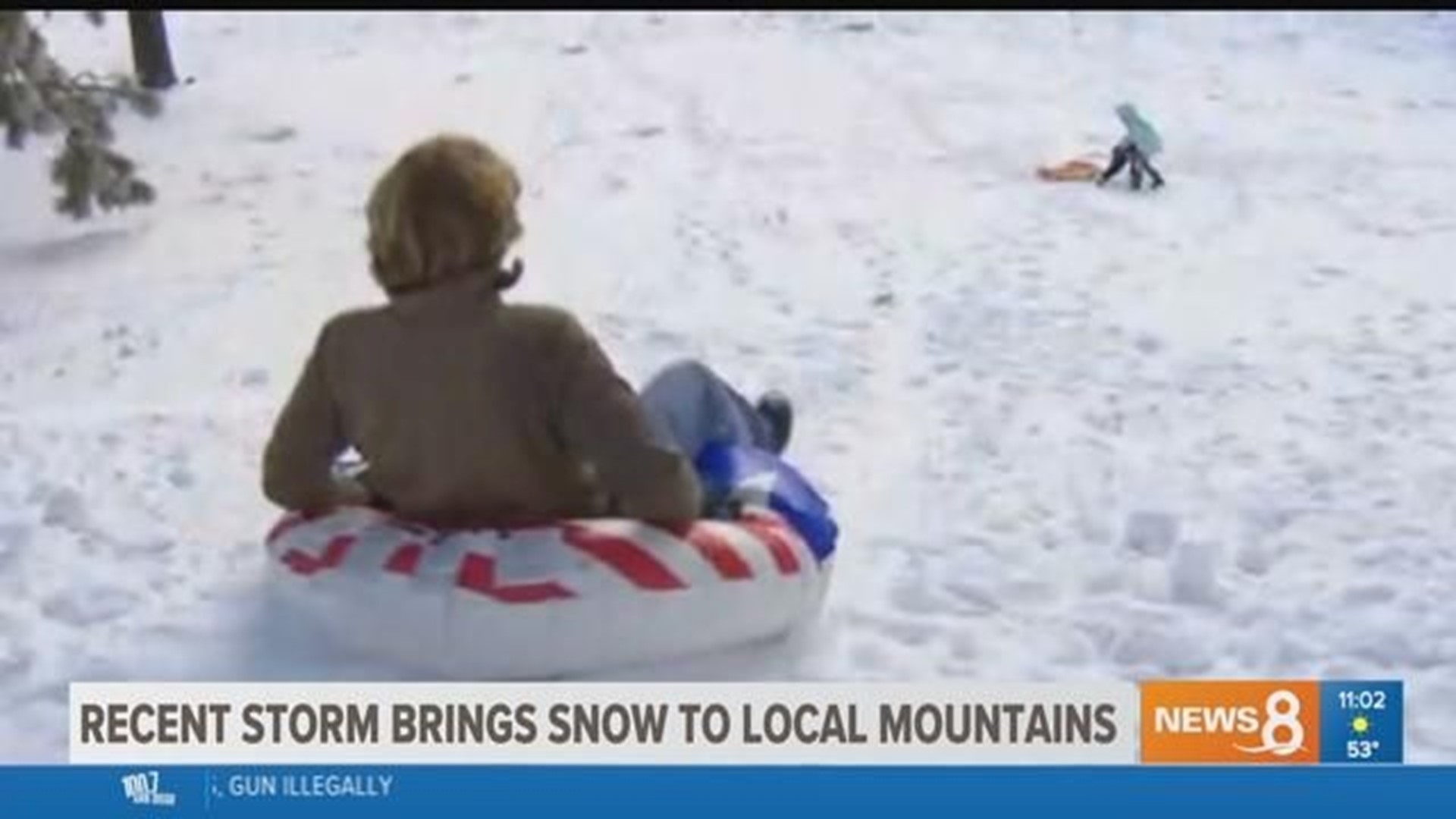 SAN DIEGO (NEWS 8) — The latest storm to hit San Diego this past weekend is making for a beautiful scene in our local mountains with plenty of fresh snow and lots of visitors.

The recent winter storm brought plenty of snow to San Diego mountain areas overnight. More snow is expected Monday, with 3 to 6 inches in Julian, and 8 to 14 inches in Mount Laguna, according to the National Weather Service.

The California Highway Patrol reopened State Route 79 from I-8 to SR-78 into Julian, and Sunrise Highway from Olde Highway to Mile Post Marker (MPM) 27.5 with chains only, after the roadways were shut down for most of the morning on Monday.

In Julian on Sunday, there were so many people the San Diego Sheriff’s Department tweeted asking everyone to stay home because of the dangerous driving conditions.

News 8 captured the scene as Mother Nature gave Mount Laguna another blast of winter weather.  "I think we're real lucky to be able to go to the coast and then come up to the mountains and see the snow [with] just an hour drive,” said one visitor.

The fresh layer of snow drew crowds of families to the mountains sledding areas. Kailey Zuniga and her grandpa were two of the folks enjoying the higher elevations outside San Diego. “It's really fun when we go down the hill,” she said.

But that was only part of the fun with others building snowmen and starting snowball fights.

With the winter storm warning for the area lasting into Monday the sheriff's department made it clear - visitors also needed to be prepared for tough driving conditions in order to enjoy the scenery.

Chains were required at Mount Laguna and Palomar Mountain according to tweets by San Diego County Public Works.