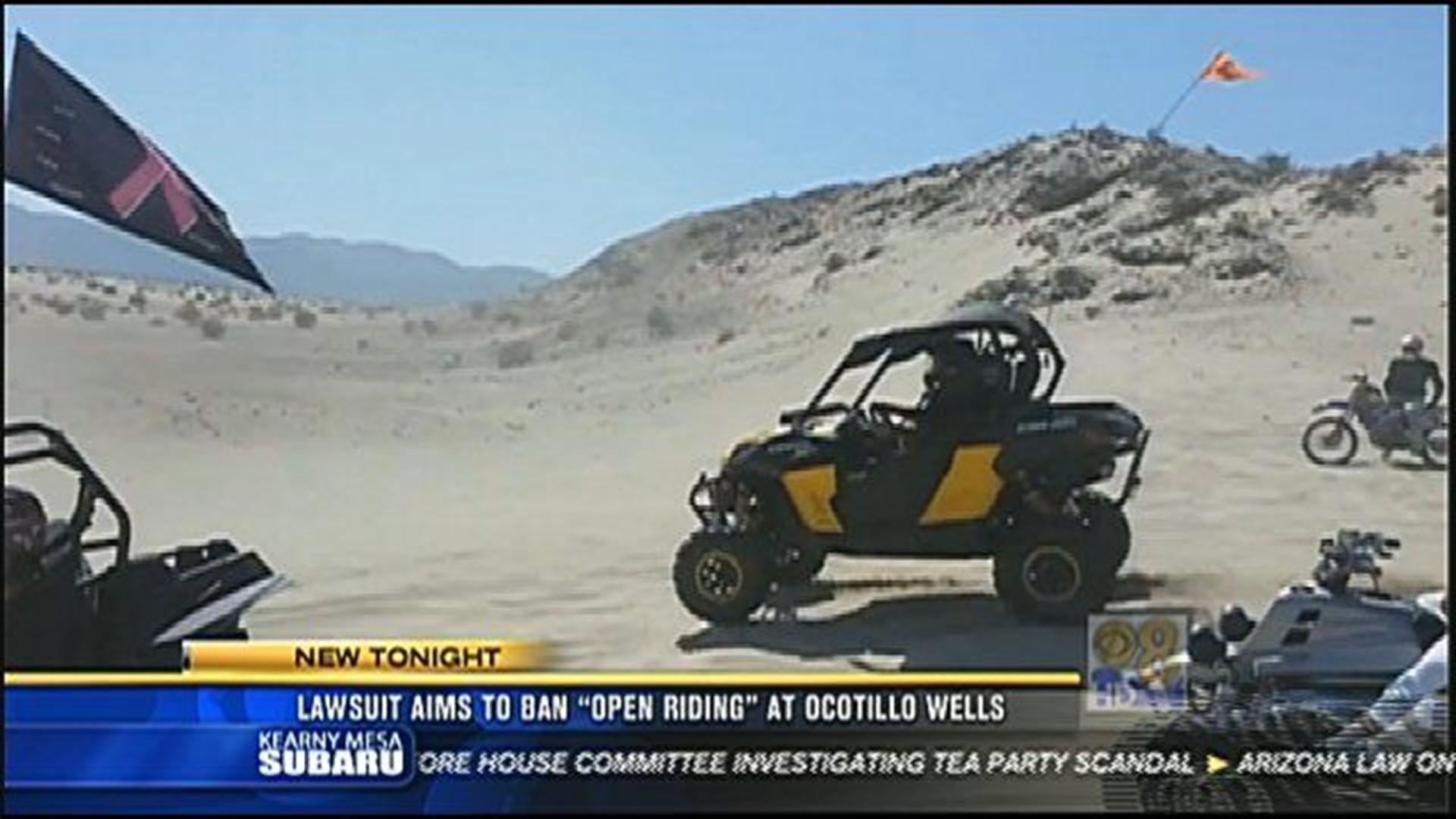 Specifically, the suit describes widespread erosion, damage to desert soils and plant life, and non-protection of the park's 1,200 archeological and historic sites.

The lawsuit names as defendants the California Department of Parks and Recreation, the Division of Off-Highway Motor Vehicle Recreation, and the division's deputy director, Christopher C. Conlin.

It seeks a court order "to immediately suspend the open-riding policy at Ocotillo Wells" and limit off-road vehicle activity to designated trails in the park.

Ocotillo Wells SRVA is in the process of developing a new General Plan, which will govern future off-road use at the park. Officials said the General Plan process requires an environmental impact report and approval is not expected for at least a year.

"That General Plan update, promised since 2007, never seems to get done. We will not sit back and wait until the park is totally bereft of plants, wildlife and cultural resources," said Karen Schambach, president of Public Employees for Environmental Responsibility (PEER), the Sacramento-based plaintiff. The other plaintiff is the Desert Protective Council (DPC), based in San Diego.

In March, PEER issued a demand letter to State Parks Director Major General Anthony Jackson threatening legal action if the open-riding policy was not shut down.

In that News 8 report, which aired May 17, local off-roading groups opposed the closing of any areas at Ocotillo Wells.

"Off-roading is a family adventure. The off-road kids, brought up in the off-road industry, they're taught from the get go, you protect your environment," said Dennis Nottingham, president of the San Diego Off-Road Coalition.

"Anybody that has an off-highway vehicle, they pay $52 every two years. That goes into a green-sticker fund, which helps support the state park," said Nottingham.

"Sure, there may be a few less plants, but it's an off-road park. That's what it was built and designed for. How many millions of acres do we have in Southern California that have got plants off over the place?" Nottingham said in his earlier interview.

"Oftentimes on these busy weekends during the fall and winter, the skeleton crew of rangers are responding to injuries and accidents," said Aitchison.

"I don't know if you have noticed, but there are a lot of new signs that have gone up. Right now, we're down four peace officer positions so that affects our ability to enforce," Aitchison said.