A new study from Rady Children's Hospital produced surprising results after using MRI imaging to compare elbow injuries in boys before and after baseball season. 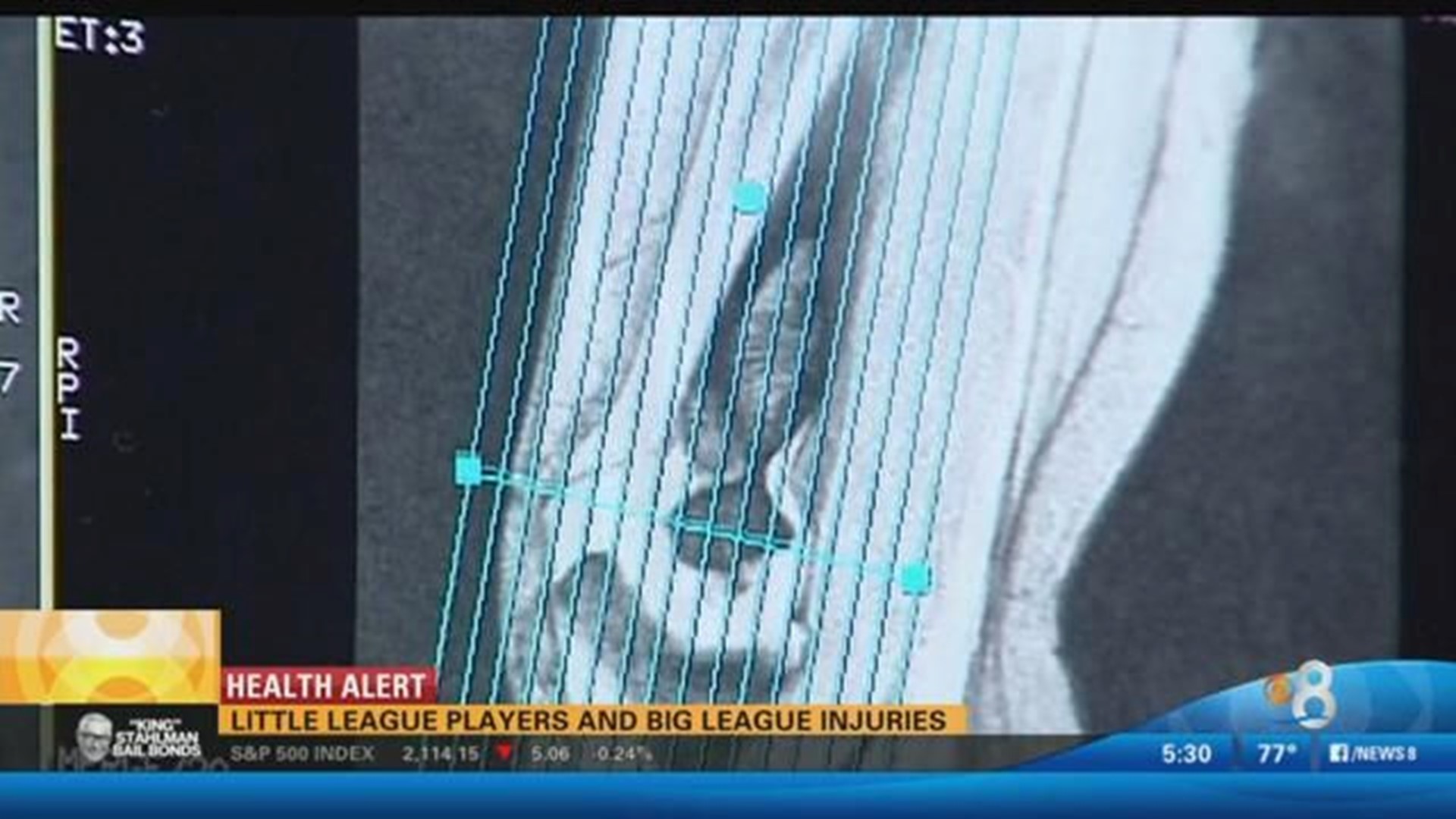 It's the first study of its kind at Rady Children's Hospital focusing on little league player ages 10 to 13. In February, pediatric surgeon Dr. Andy Pennock started surveying 26 boys from the Mission Trails Little League, gathering information like the number of throws, practice schedules and how often they play baseball.

Doctors took MRI scans of the boy’s elbows before and after baseball season to see how their elbow ligaments changed. The point of the study was to identify practices that lead to injuries and find new ways to prevent players from getting hurt.

"It’s not normally a single throw that's causing the issue here. Its normally repetitive micro-trauma, a series of throws over the course of the season or over months," says Dr. Andy Pennock.

By the end of the season, Dr. Pennock saw a significant increase in elbow problems on the MRI images and not just in pitchers.

"Pitchers were no more common to have problems compared to field players, which was surprising. We thought pitchers would have more problems than the field players," says Dr. Pennock.

According to the study, the most significant indicator of elbow injuries in Little League is boys playing year round baseball in other leagues.

"I think the first thing is avoiding year round ball. I really can't emphasize that enough. It really seems like year round play is driving it more than position, more than the amount of pitching," says Dr. Pennock.

40% of the players experience arm pain during the little league season.

"If your child has any pain, I think they need to be shut down and rested until they are pain free," says Dr. Pennock.

Little League rules require rest days and set maximum pitch counts. However, many boys have private coaches and play in other baseball leagues so they don't get enough rest.

Doctors plan to continue the study in the future by looking at little league shoulder injuries as well.