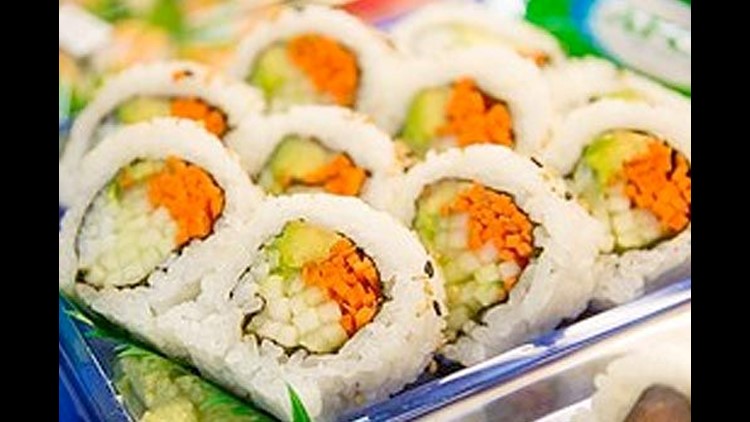 The operators of eight sushi restaurants in San Diego were convicted of seafood fraud for serving "lobster rolls" that didn't have any lobster in them, the City Attorney's Office announced Monday.
Author:
Published: 2:25 PM PST December 7, 2015
Updated: 6:28 AM PST December 8, 2015

SAN DIEGO (CNS) - The operators of eight sushi restaurants in San Diego were convicted of seafood fraud for serving "lobster rolls" that didn't have any lobster in them, the City Attorney's Office announced Monday.

Investigators from the City Attorney's Consumer and Environmental Protection Unit purchased advertised "lobster rolls" from various sushi restaurants throughout San Diego, then sent them to a laboratory where DNA testing confirmed that no lobster was found in any of the rolls.

Instead of lobster, the testing revealed the substitution of various types of less expensive seafood such as crawfish or pollock. Follow-up inspections by the California Department of Fish and Wildlife and the city's investigator found no lobster at any of the targeted sushi restaurants in Carmel Mountain Ranch, El Cerrito, Hillcrest, North Park, Ocean Beach, Point Loma, Rancho Penasquitos and Tierrasanta.

The undisclosed substitution of the cheaper seafood is a criminal violation of California law that prohibits the adulteration of food and the false advertising or misbranding of food items. Along with fines, the law also requires the offending businesses to reimburse all of the investigation costs, authorities said.

The eight sushi restaurants paid a combined $14,000 in fines and more than $5,000 to reimburse investigative costs.

According to officials, each business pleaded guilty and changed its menu and other advertising to reflect the true content of the seafood rolls.