A local biking group came together to honor of one of their own Monday. 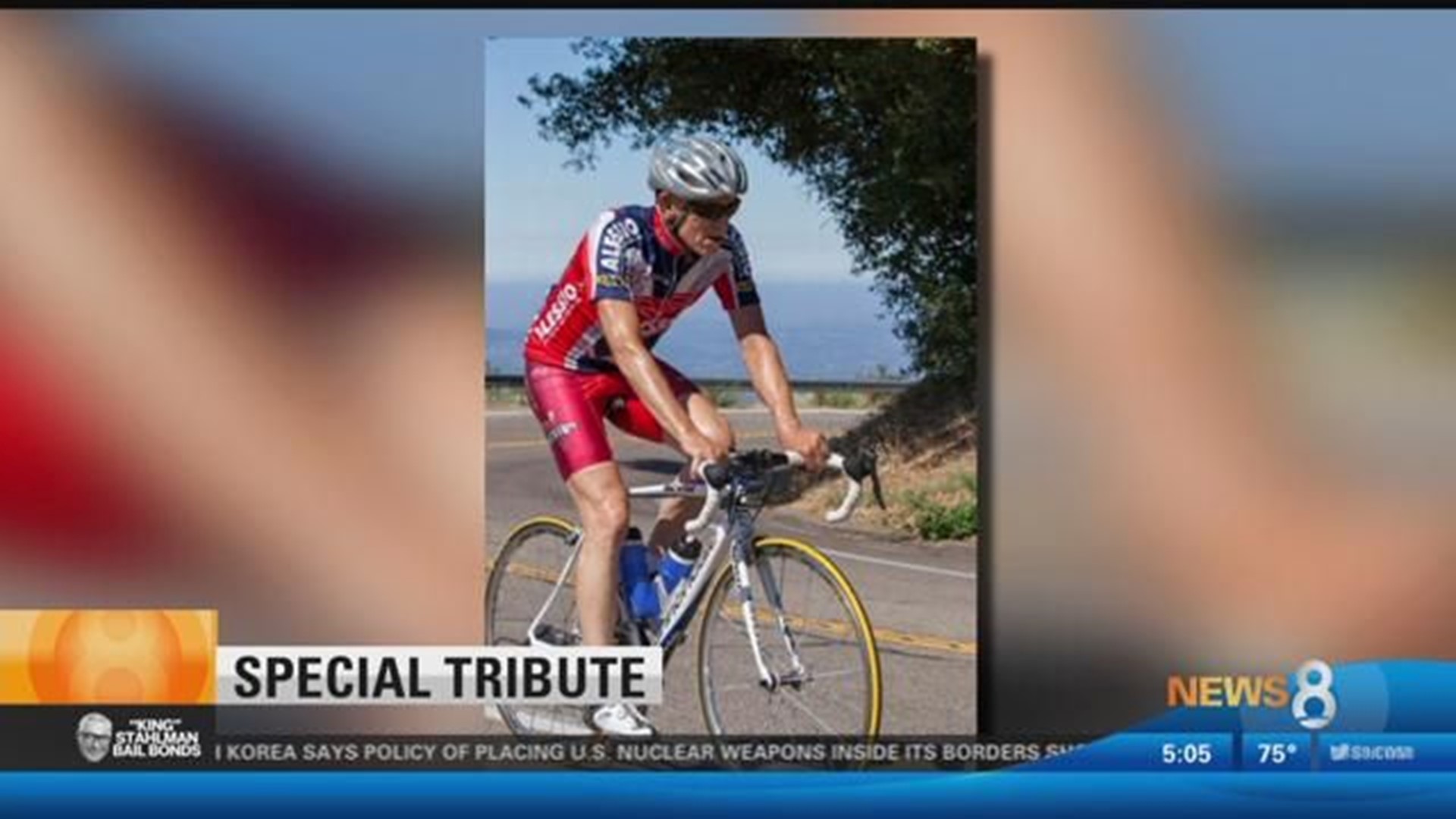 SAN DIEGO (NEWS 8) — A local biking group came together to honor of one of their own Monday.

Friends and fellow riders gathered to ride in memory of 70-year-old Paul Cornish who was hit and killed by a car last week.

Cornish was a Marine, world-record holder - and to his friends - will always be remembered as an avid cyclist who did what he could to make others better.

"Man, we just loved him," said event organizer Randy Horton. "He was a great guy."

When it came to honoring Cornish, it didn't take much to put the wheels in motion.

"The turnout today is an indication of just how respected Paul was in the bicycling community," said Horton.

200 cyclists rode Monday to the spot where the 70-year-old was killed.

Elaine Golledge led them in a prayer. Like many in the crowd, Golledge says Paul had a huge positive impact on her when it came to cycling.

"No matter how much I whined and complained and cried climbing hills, he was so patient," Golledge said. "He had the patience of a saint."

Cornish was killed last Thursday on State Route 76 near East Vista Way. He was in the bicycle lane when a 25-year-old driver, with a suspended license, drifted into the bike lane and hit him causing fatal injuries.

"He will sorely be missed by the entire community," said cyclist Jim Yanoschik. [Paul was] a great cyclist, a world-record holder and better human being. He loved cycling and he loved everybody."

Cornish's world record was set in 1973 when he rode from Los Angeles to New York in 13 days and 5 hours; a record that was later broken by a man who Paul trained.

Friends say that's the kind of guy Cornish was - always trying to make everyone else better.

"He would always pull you aside and help and share and talk about how to do it right, get a little more power out of each peddle stroke," said Horton.

Those participating in the memorial ride hoped that it would not only honor Cornish, but also remind drivers that being distracted, for even a second, can have deadly consequences.

After the memorial at the crash site, riders headed over to the Oceanside Pier for Cornish's favorite post-ride snack, a cinnamon roll.

The riders went from Temecula to Oceanside and back for a total of 70 miles, to honor a man who loved riding for 70 years.