The City Council Tuesday signed off on an $18.5 million legal settlement for a North Park youngster who was severely injured when he was struck by a city of San Diego trash truck. 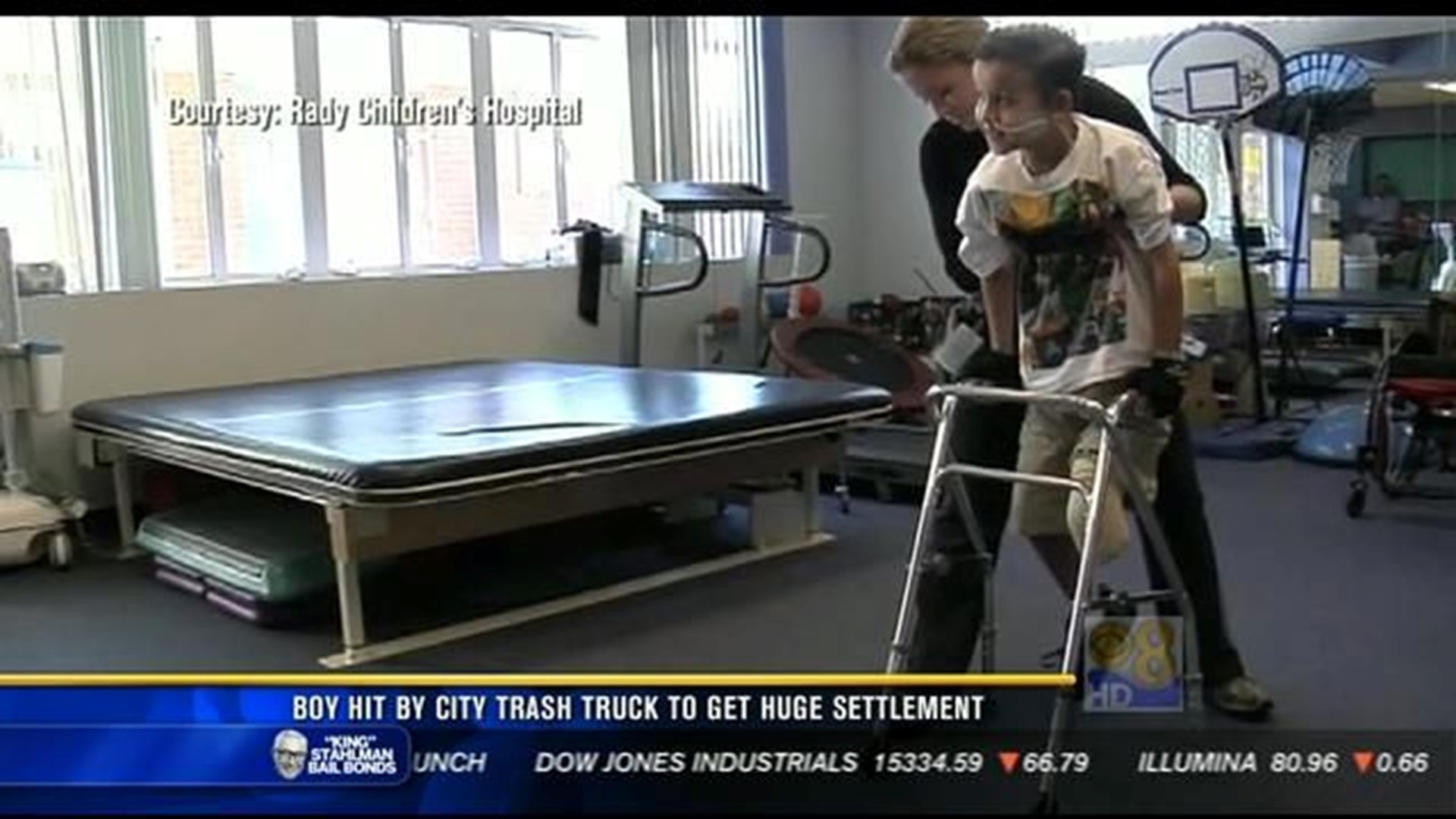 SAN DIEGO (CBS 8) - A young boy who lost a leg after being run over by a city trash truck, says he's looking forward to a bright future.

The Acuna family says it's been an extremely difficult past two years. Luke's father Anthony hasn't been able to work while taking care of his son full time. He says the settlement money is exactly what they need to get Luke the help he needs.

"And I'm just thankful that the city council took the initiative to make a wrong right. They are going to get a good citizen out of Luke," said Luke's father, Anthony Acuna.

The city council's decision Tuesday to pass an $18.5 million settlement is an answered prayer for the Acuna family.

"The money is going to make a better future and that's what me and my wife want," continued Anthony.

The money will go toward a much needed home for the amputee, one that accommodates his wheelchair, including a retrofitted car. That will allow the fifth grader to be self-sufficient.

Luke was only nine when he was struck by a city trash truck in November of 2011. He was riding a skateboard along Meade Avenue, when the truck hit him at Kansas Street.

Luke fell under the trash truck and was crushed by the undercarriage. His left leg was amputated, and he suffered internal injuries and broken bones.

"I think Luke should have died that day, but because he did not he's going to he's going to change the universe in ways we do not believe," added Anthony.

Against all odds with intense rehabilitation, Luke proved his will was stronger than his body.

"Well, it's not the end of the world. They can better and will get better," said Luke.

Out of tragedy comes inspiration and while his progress may be slow, this is a story of a family learning to make lemonade out of lemons. And they say it was Luke who taught them that.

Luke says he has high hopes for his future. His next goal is to do a backflip in his wheelchair for ESPN.

The Acuna's attorney alleged the driver of the garbage truck made a dangerous and illegal turn, causing the accident.

This settlement ends all legal claims against the city and the truck driver.