It has been two years since the deadly earthquakes hit Nepal and now local charities are rebuilding hope by rebuilding a school for children. 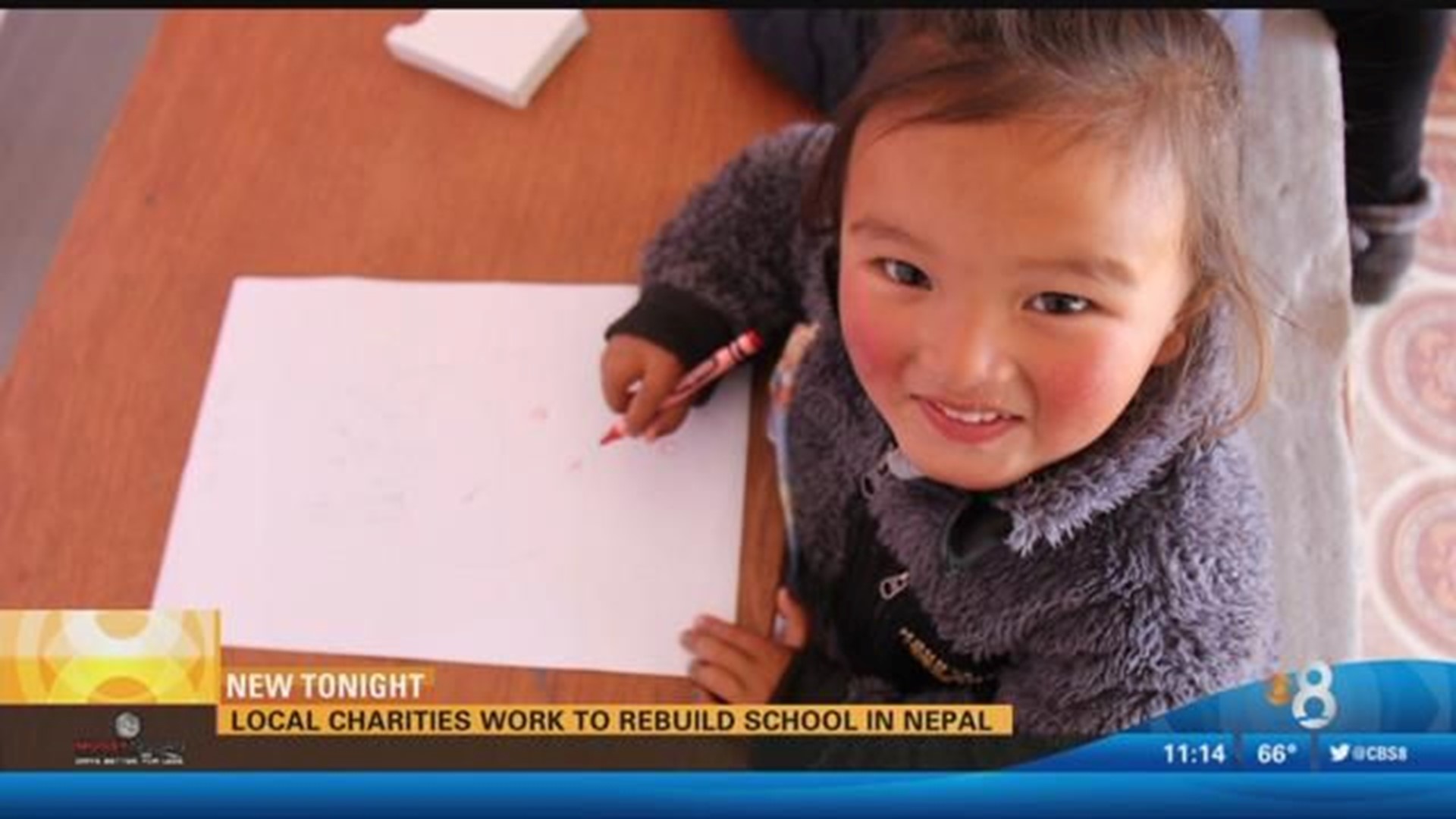 SAN DIEGO (CBS 8) - It has been two years since the deadly earthquakes hit Nepal and now local charities are rebuilding hope by rebuilding a school for children.

A month before the earthquake, Dakee Sherpa's brother Dawa, once a mountain guide and with only six years of education, opened The Himalayan English Boarding School.

Over 100 children ages three to eight attended the English boarding school in the village of Lukla in the Mt. Everest region.

When the 7.3 magnitude earthquake hit the region, most the children left to help their families and only 22 students remained at the school. The now live in tents.

"We wanted to do whatever efforts we could in this country to help raise the money and rebuild it and get those kids back in school and make it a bigger and stronger school," said Mike Solomon, Co-Founder of Sherpa Cares.

About $277,000 are needed to rebuild and expand the school to accommodate 300 students.

Solomon reached out the local non-profit group International Relief Teams which matched $100,000 to rebuild the school.

"To see their hope being restored, it really makes you feel good. You know this school is going to be a real avenue for the children," said Barry Laforgia, founder and executive director of International Relief Teams.

With a little more than half the money raised, help is still needed to frame Nepalese children's education.

"Building a school locally is very important to preserve the culture and the language," said Dakee Sherpa.

Supplies and medicines are also being sent to help the victims in the recent Ecuador earthquake.