Harris says he and the People's Alliance for Justice was one of the first national civil rights groups to call for the officer’s arrest. 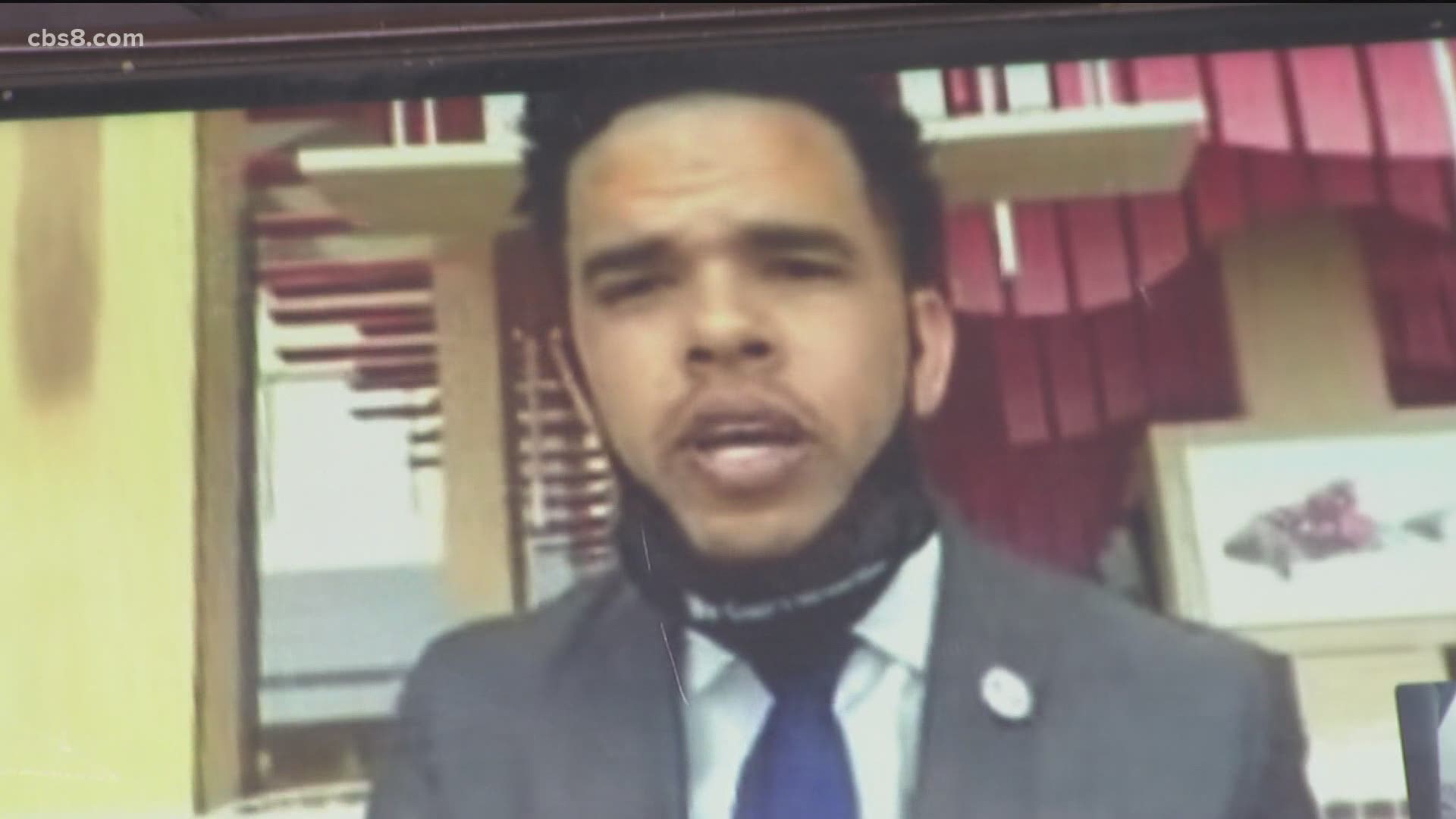 MINNEAPOLIS — San Diego activist, Reverend Shane Harris is in Minneapolis to hand-deliver a letter to the District Attorney. He also will stand with activists as they protest what he calls “a pandemic of racism.”

Harris said, “Now you have an outrage that has built up over the years because people are tired of seeing people killed, shot down, choked to death. And no justice for the families, no justice for the communities, no equal justice.”

Harris has had several conversations with local activists and the Floyd family attorney Ben Crump. He says part of the reason he flew to Minnesota was to assist the family and community going through the loss and tragedy since George Floyd’s death.

Harris says he and the People's Alliance for Justice was one of the first national civil rights groups to call for Hennepin County District Attorney Mike Freeman to arrest and charge the officers involved in Floyd's killing.

He also said he will be donating money to help the Floyd family with funeral costs. Harris did point out that a couple of local business owners, Mark Arabo and Sam Nejabat will match the contributions.

Harris said the issue is the message behind the protest has remained the same. “It’s not about the fires and the looting, it’s about the core feeling of injustice. And the feeling that black people in America are being mistreated by police officers.”

News 8 asked what needs to happen to help solve these issues, he said California is at the forefront and can set an example. He cited Shirley Weber’s proposed bill AB392 to help with police reform is a start and he’s hoping other states follow.