Some people may argue traveling is stressful these days, so travelers are welcoming a new artistic performance to the San Diego International Airport. 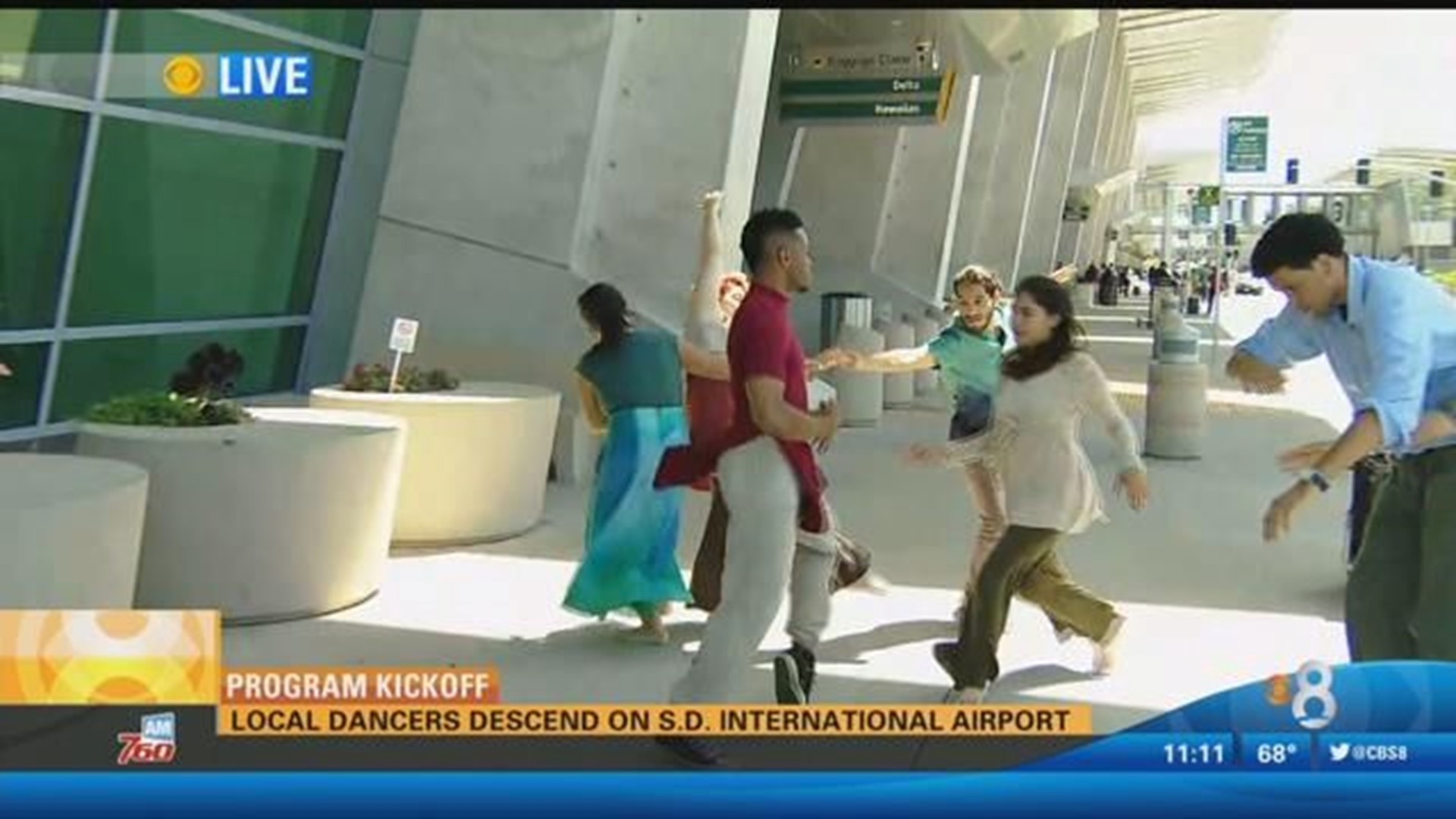 SAN DIEGO (CBS 8) — Some people may argue traveling is stressful these days, so travelers are welcoming a new artistic performance to the San Diego International Airport.

"I noticed these people were doing like a dance demonstration and it was very artistic and it was very interesting to see in the middle of the airport," said traveler Jason San Agustin

It's in its second year and Wednesday's performance marks a new partnership with transcenDANCE Youth Arts Project.  They'll be performing throughout the year within the airport - welcoming travelers to San Diego, serving as their first taste of the arts scene in Southern California.

During their yearlong residency transcenDANCE will create, rehearse, and perform new content inspired by the airport environment.
Their mission is to guide youth, through dance and performance, to transcend barriers and expand their ambitions.

"Travelers are really pleased  to have performing artists greet them with an expected encounter with culture and art," said Chris Chalupski of the arts and community partnerships