A local group is working to install suicide prevention barriers on the Coronado Bridge to prevent and deter people from jumping off. 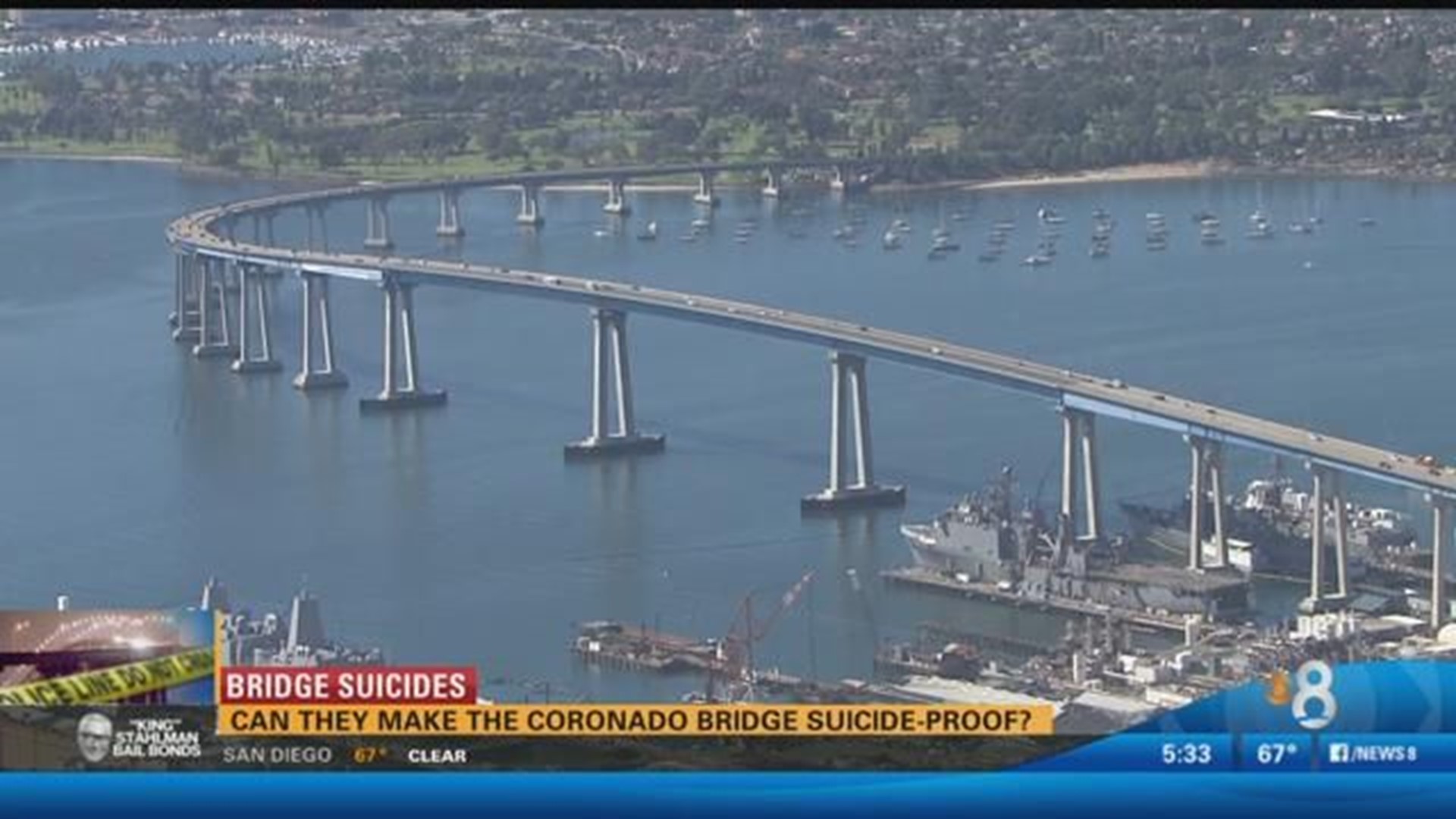 SAN DIEGO (CBS 8) – A local group is working to install suicide prevention barriers on the Coronado Bridge to prevent and deter people from jumping off.

Every year, hundreds of people jump off bridges to commit suicide across the country.

The Coronado Bridge is currently ranked as the third deadliest suicide bridge in the United States, trailing the Golden Gate Bridge in San Francisco and the Aurora Bridge in Seattle.

"Worst phone call I'll ever have. Just because it was so out of the blue," said David Hurst.

Kelly Moua was the love of David’s life.

"Just her smile, she had a big smile. Light up the room, just happy," said David.

David says Kelly was someone who loved to help others, so much so that she never had time to help herself recover from a rough life.

"The day she actually did it, it was our four year [anniversary]. The exact date," said David. "I would always be like, baby, I love the bridge. I love the bridge and for her to do it off the bridge, it's devastating."

Kelly's story isn’t unique. Since the Coronado Bridge was built, over 300 people have jumped to their deaths. David believes that one of the main reasons the bridge is such a popular suicide destination is because of how easy it is to access.

"She knew when she really wanted to do it, she could go to the bridge," said David.

"I think the bridge is considered a hot sport," said Jennifer Lewis, Clinical Assistant Professor of Social Work at USC.

Lewis is a co-founder of the Coronado Bridge Collaborative for Suicide Prevention. Her group is trying to follow the lead of the Bridge Rail Foundation in San Francisco. The Golden Gate Bridge is one of the world’s most popular suicide bridges.

Between 1937 and 2006, its estimated that 1,600 bodies were recovered of people who had jumped. The Bridge Rail Foundation’s efforts in making the Golden Gate Bridge safer has resulted in the planned installation of suicide nets which are designed to catch anyone who attempts to jump off.

"People who have attempted suicide and survived jumps off the Coronado Bridge have said the moment they step off, they regret it," said Lewis.

Jennifer's group has brought together people affected by suicide and has shared their stories online.

The group hopes people will see the need for a barrier on the Coronado Bridge. Whether it’s a net or some other sort of barrier, the group says that something needs to be done.

"I believe there's a myth where people believe that if you restrict the access, individuals will find other ways to commit suicide and we have learned that's not the case," said Lewis.

Lewis says research shows that prevention methods give people more time to reach out to someone for help. Often, friends and family aren’t always aware of their pain.

"I didn't know. I feel like if I had known, I would have done it differently," said David.

David says change on the bridge could be Kelly's legacy. A legacy that could save lives.

“‘Not one more life.’ That’s the slogan we have. We don't want to lose any more lives," said David.

The group has a feasibility study in place, ready to go. However, the group is still working on funding for the study.