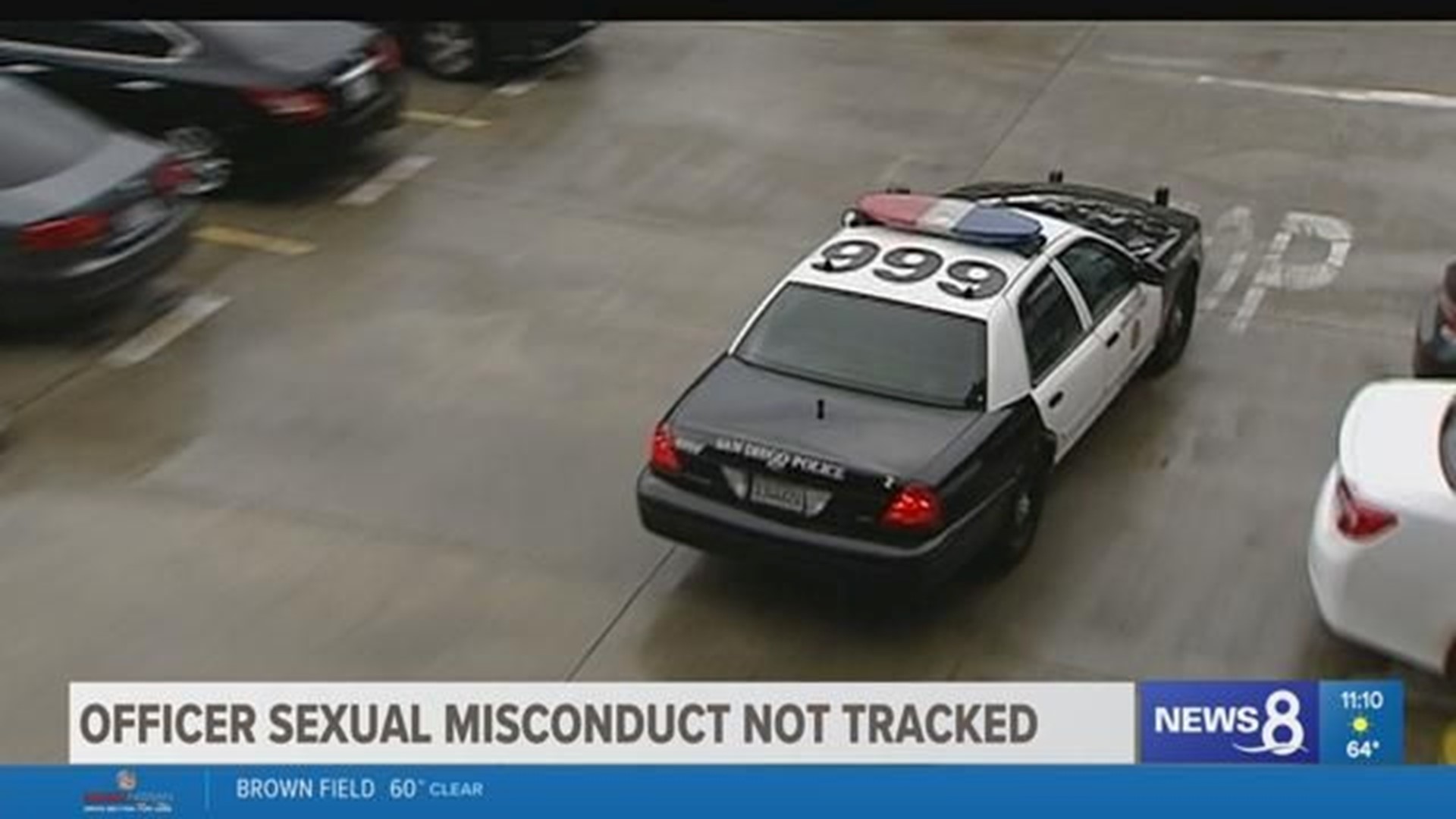 It was January 2010 when San Diego police officer Anthony Arevalos pulled over Talia Tortora and her friend in the Gaslamp Quarter.

Tortora says the traffic stop resulted in a 4-hour ordeal where Arevalos drove her home and repeatedly tried to hit on her.

“After he asked me the first question. I recognized that this was not going to be a normal police situation,” Tortora recalled.

At least five San Diego police officers and four San Diego County deputies have been arrested on charges of sexual misconduct since 2005, according to a database of thousands of officer misconduct incidents compiled by researchers at Bowling Green State University in Ohio.

“We seem to see more officers arrested from San Diego County for sex related offenses than we would expect from a similar-sized county around the country,” said Bowling Green criminologist and Associate Professor Philip Stinson.

But while an officer getting arrested frequently makes headlines, citizen complaints of officer misconduct are rarely made public.

“It's really difficult to get a handle on this type of information, to learn about how big is the problem of police sexual misconduct,” said Stinson.

News 8 filed requests under the California Public Records Act with both the San Diego Police Department and the Sheriff's department seeking statistical data tracking all citizen complaints of sexual misconduct over the past decade.

SDPD responded that it does not track sexual misconduct complaints because it's not required by the California Department of Justice.

“The San Diego Police Department conforms with the State of California - Department of Justice reporting process using their form and categories which does not include the specific complaint of sexual misconduct,” SDPD responded in an emailed statement.

We have posted our Internal Affairs statistics on-line for several years… We do not break down the alleged violations in a manner that gives us immediate access to the data you are requesting (i.e. sexual misconduct complaints). For our statistical reports, we use the categories Unbecoming Conduct, Procedural and Use of Force… The department takes every allegation of misconduct seriously. No matter what type, every allegation is fully investigated and proper action is taken based on the results of the investigation.

“It just isn't in their interest and I don't think it's in the DNA of law enforcement to ever do anything that's going to be transparent when it comes to misconduct,” Gilleon said.

“Police departments are always about the thin blue line; do not talk, keep your mouth shut, don't report other officers. And that's something that's unfortunately a systemic problem with our law enforcement across the country,” Gilleon said.

Despite being the victim of police sexual misconduct, Tortora -- the woman who was pulled over by SDPD officer Arevalos in 2010 – had nothing but good things to say about the majority of cops on the street.

Both SDPD and the Sheriff’s department do release annual reports with statistics on general categories of complaints, such as criminal conduct allegations or complaints of unbecoming conduct.

Neither agency breaks down the numbers to report out statistical data on sexual misconduct incidents.