A local man who survived a horrific motorcycle crash in Orange County is just days away from going home from the hospital. 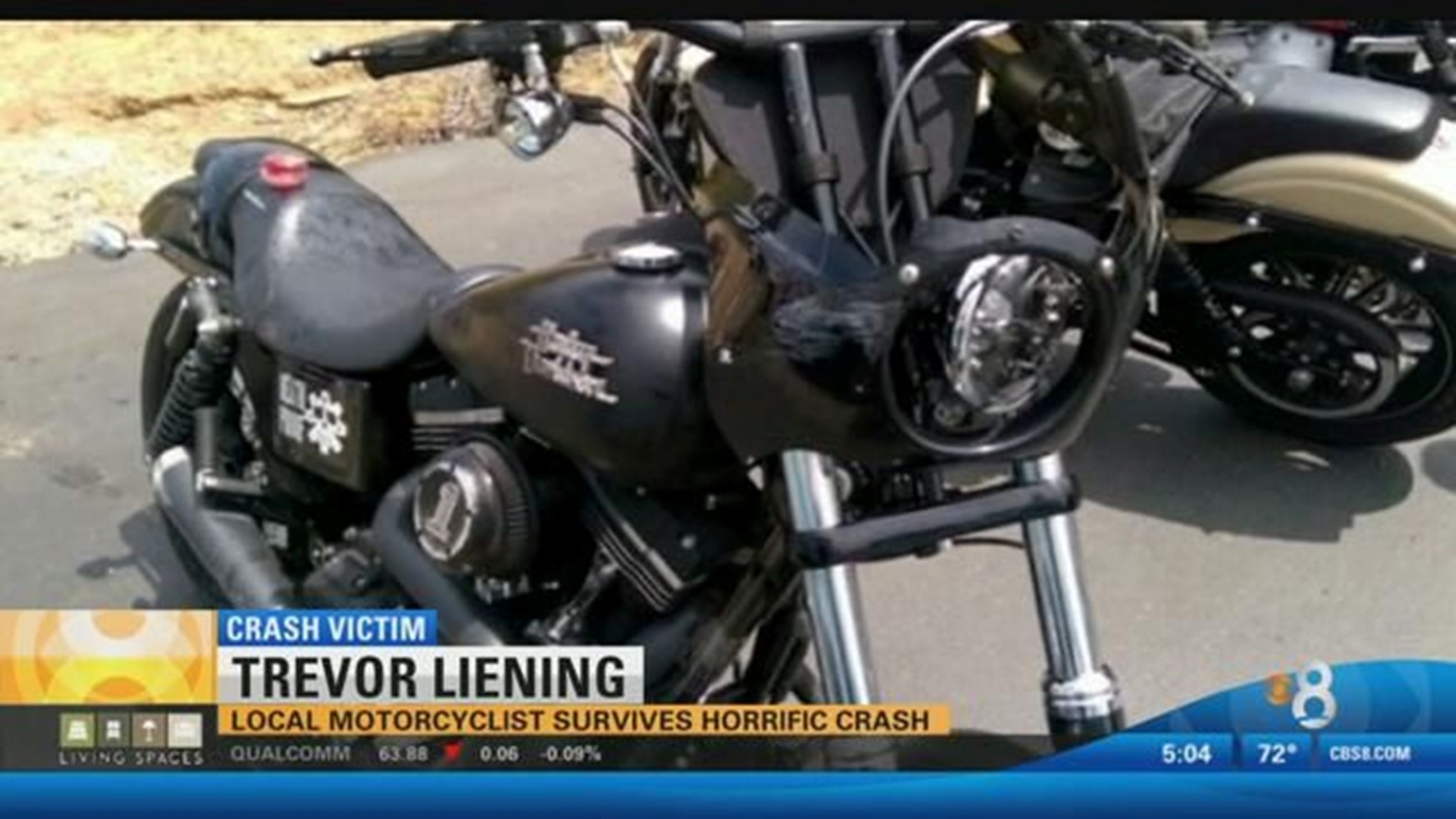 SAN DIEGO (CBS 8) - A local man who survived a horrific motorcycle crash in Orange County is just days away from going home from the hospital.

Two and a half weeks ago, 22-year-old Trevor Liening didn't think he would ever walk again.

"I mean, it was just a freak accident, it happened like that,” says Trevor.

On June 28th, the El Cajon native was riding his motorcycle alongside about 16 others in the Irvine area. They were on their way to a motorcycle show when a Volkswagen Bug swerved into oncoming traffic after it was hit from behind. Trevor was directly in the vehicle's path.

"The only part I don't remember is as soon as I hit the car, I went flying through the air. That's the only part I blacked out on," says Trevor.

Trevor was rushed to a nearby hospital where he underwent emergency surgery. Doctors discovered he had compound fractures in both legs. A CT scan later found that his back was broken as well.

"It was a centimeter away from being paralyzed," says Trevor.

After undergoing several more procedures, which included the placement of titanium rods, Trevor was transferred to the rehabilitation center at Sharp Grossmont Hospital last week where miraculously, he's slowly re-learning how to be mobile.

"This place is amazing. They do some great stuff here. A week ago, there's no way I could walk like I am now," says Trevor.

The plan, according to his doctors, is to release him on Saturday. Dozens of fellow motorcycle enthusiasts are expected to ride next to his family's car on the journey home.

"Definitely brings your mood and spirits up when you know people are behind you."

Trevor says the experience has made him more grateful.

"More than anything, it teaches you not to take things for granted, like walking."

It’s also motivated him to never give up no matter how tough the challenge may be.

"If you have enough heart, you can push through anything. It will always get better."

Trevor will still have to visit Sharp Grossmont Hospital as his recovery continues.