A group of local nurses from Scripps Health are set to head to Northern California to help with the Camp Fire. 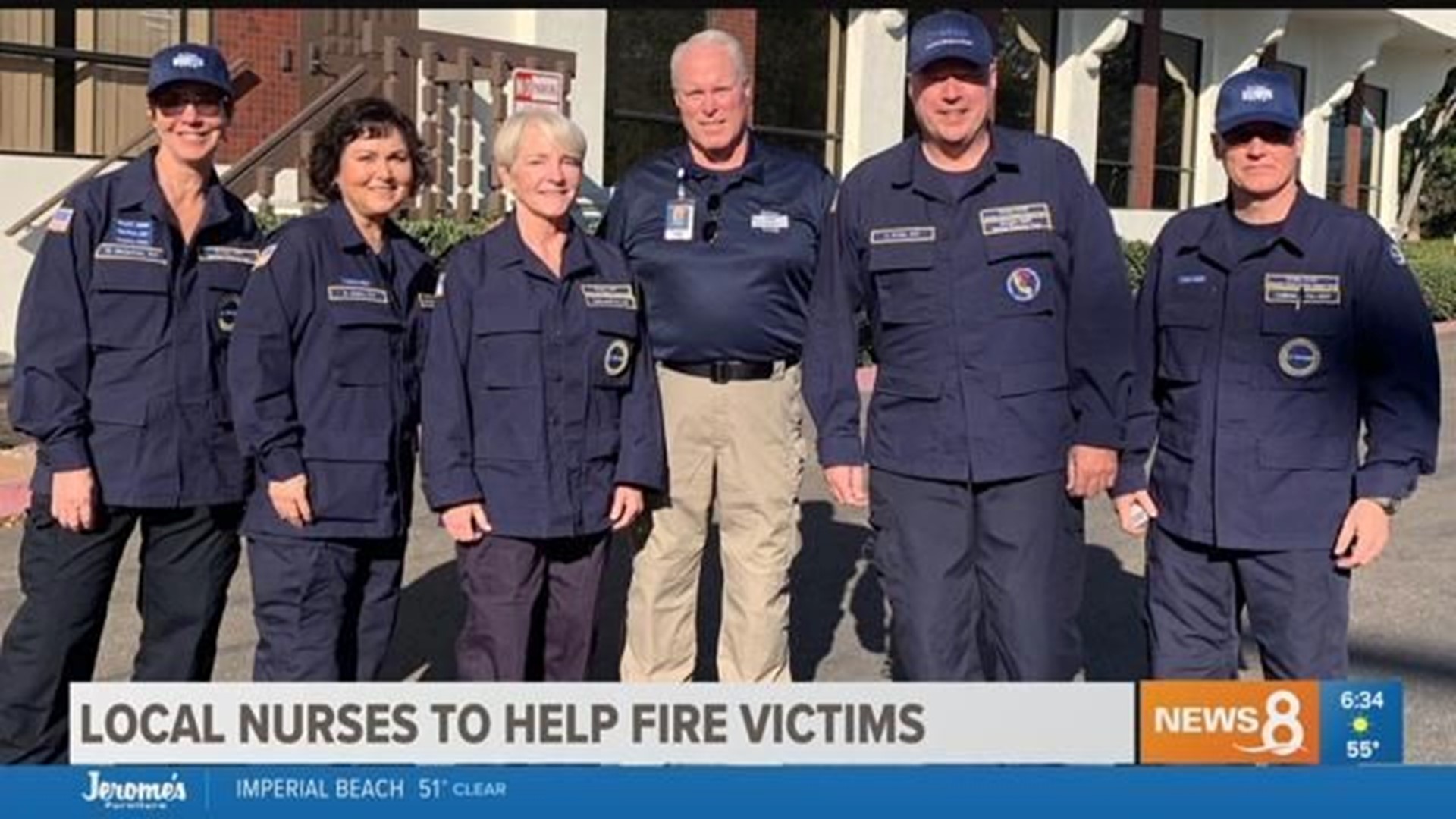 SAN DIEGO (CNS) - A team of Scripps Health nurses will deploy to Northern California on Tuesday to assist fire victims and evacuees in the aftermath of the Camp Fire.

The group of four is the second Scripps Medical Response Team to be sent to Northern California to help with the aftermath of the fire. The first team of five nurses arrived in Chico on Nov. 15 and returned to San Diego Nov. 23. Both teams are working under the California Emergency Medical Services Authority.

"Beyond the humanitarian reasons for responding to disasters in other areas, the experience gained is invaluable training for emergencies closer to home," Scripps Health President and CEO Chris Van Gorder said on the day the first team was deployed.

Scripps Health organized the Medical Response Team and its office of disaster preparedness after the Sept. 11, 2001 attacks. The organization has since deployed medical responders to sections of San Diego County during wildfires, the Gulf Coast after Hurricane Katrina, Haiti after the 2010 earthquake and Nepal after the 2015 earthquake.