The San Diego nurses who have been treating earthquake survivors in Nepal returned home Saturday evening. 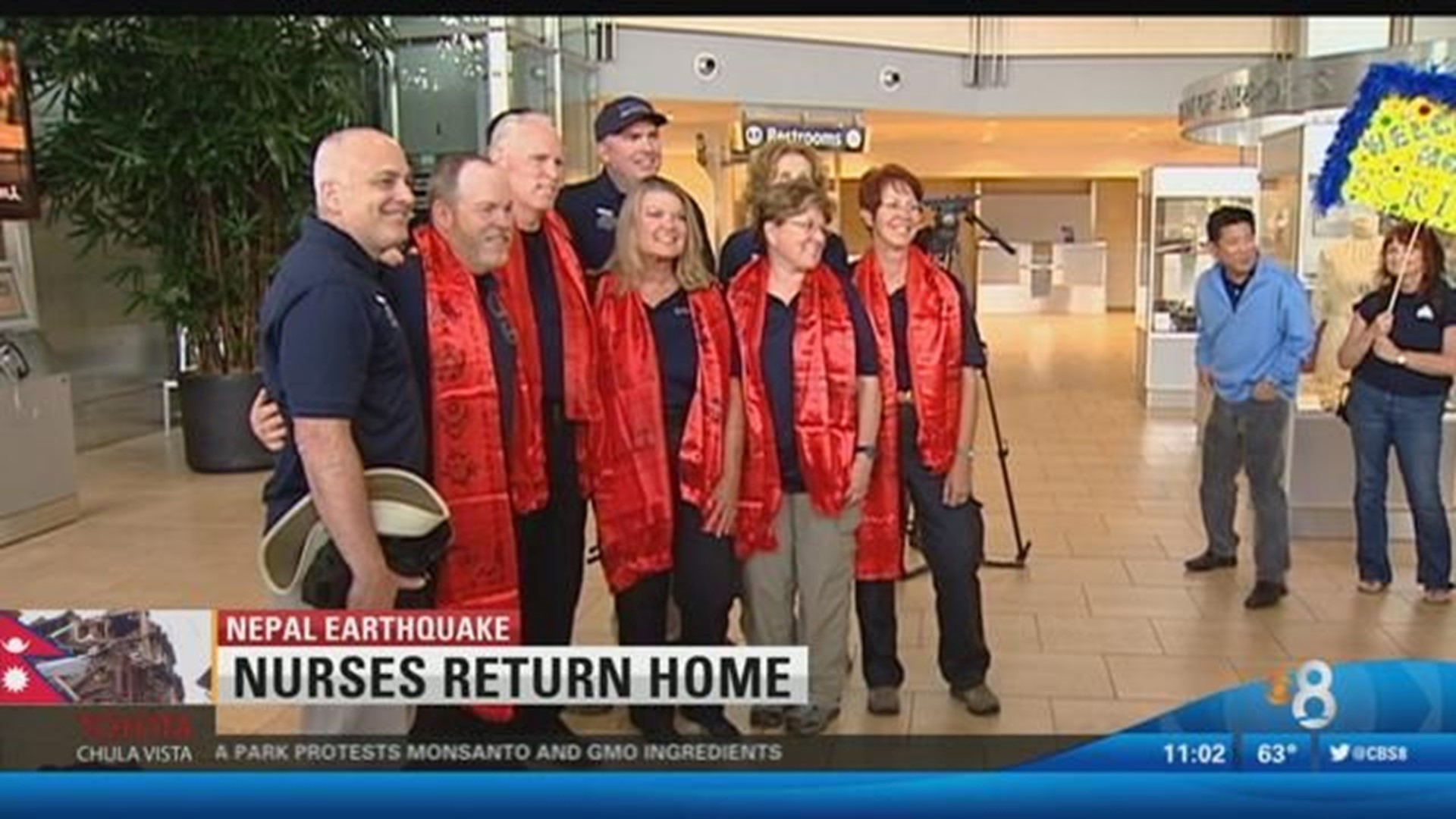 Nurses Debra McQuillen, Jan Zachry, Patty Skoglund and Steve Miller treated more than 2,200 patients for a variety of injuries and illnesses during their three-week trip, which was led by Scripps Health Vice President Tim Collins.

They left San Diego May 1, almost a week after the Himalayan country was rocked by a magnitude-7.8 earthquake. Another, registering magnitude-7.3, struck May 12 while they were there.

Authorities said around 8,500 deaths resulted from both earthquakes, and scores of others were hurt.

The Scripps Health group was divided into two teams, and worked with volunteers from other relief agencies under the auspices of the International Medical Corps. They went to 13 remote mountain villages, most of which were accessible only by helicopter.