Registered nurses at University of California medical centers will hold "speak outs" Tuesday and Wednesday to alert the public that UChospitals are not ready to handle Ebola. 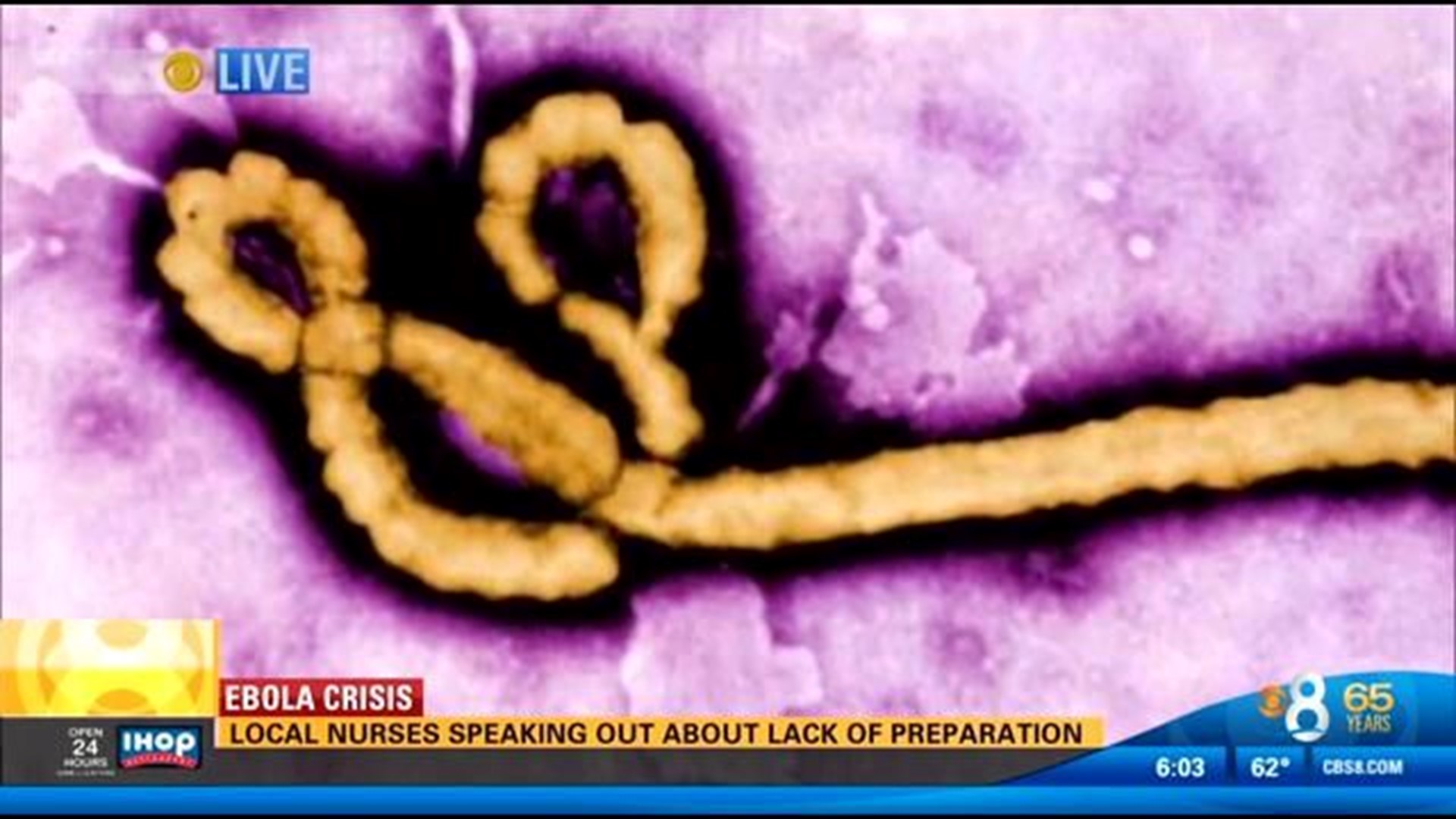 SAN DIEGO (CBS 8) - Registered nurses at University of California medical centers are alerting the public that they are not prepared to treat Ebola cases.


They are holding "speak outs" to alert the public that UC hospitals are not ready to handle Ebola, even though they're now being promoted as priority hospitals for treating any potential Ebola patients in California.


While University officials insist that hospitals are well prepared, there are 12,000 nurses at five UC medical centers that say they're not. The Vice President of the National Nurses Association says UC medical centers are not fully ready if an Ebola patient were to walk through the front door. They're asking for the federal government to step in and will send petitions to President Obama requesting an executive mandate.

One thing they specifically want is access to full-body hazmat suits that leave no skin exposed. Another is intense Ebola training.

"Rigorous, interactive training is extremely important in health care workers knowing how to manage any crisis that comes into their hospital. We never know when that's going to happen," Terry Bunting of the California Nurses Association said.

"UC San Diego Health System is fully prepared to care for any adult patient who is confirmed to have the Ebola virus, if needed.

The hospital has invested in the appropriate personal protective equipment (PPE) necessary to achieve the highest standard of safety for a select team of personnel who are designated to care for patients with the Ebola virus."

Nurses say that's for a specific response team, and say they're not prepared if someone walks into their facility.

"What about someone coming in the front door, or if someone is in the clinic across the street there? So that's why we're here, because we want to raise the awareness," Jackson said.

Other local hospitals are not involved in these speak outs, including Rady Children's, Sharp Memorial and Scripps. Their officials say they are fully trained and prepared.