Senate republicans are back on Capitol Hill to continue the debate on replacing Obamacare. 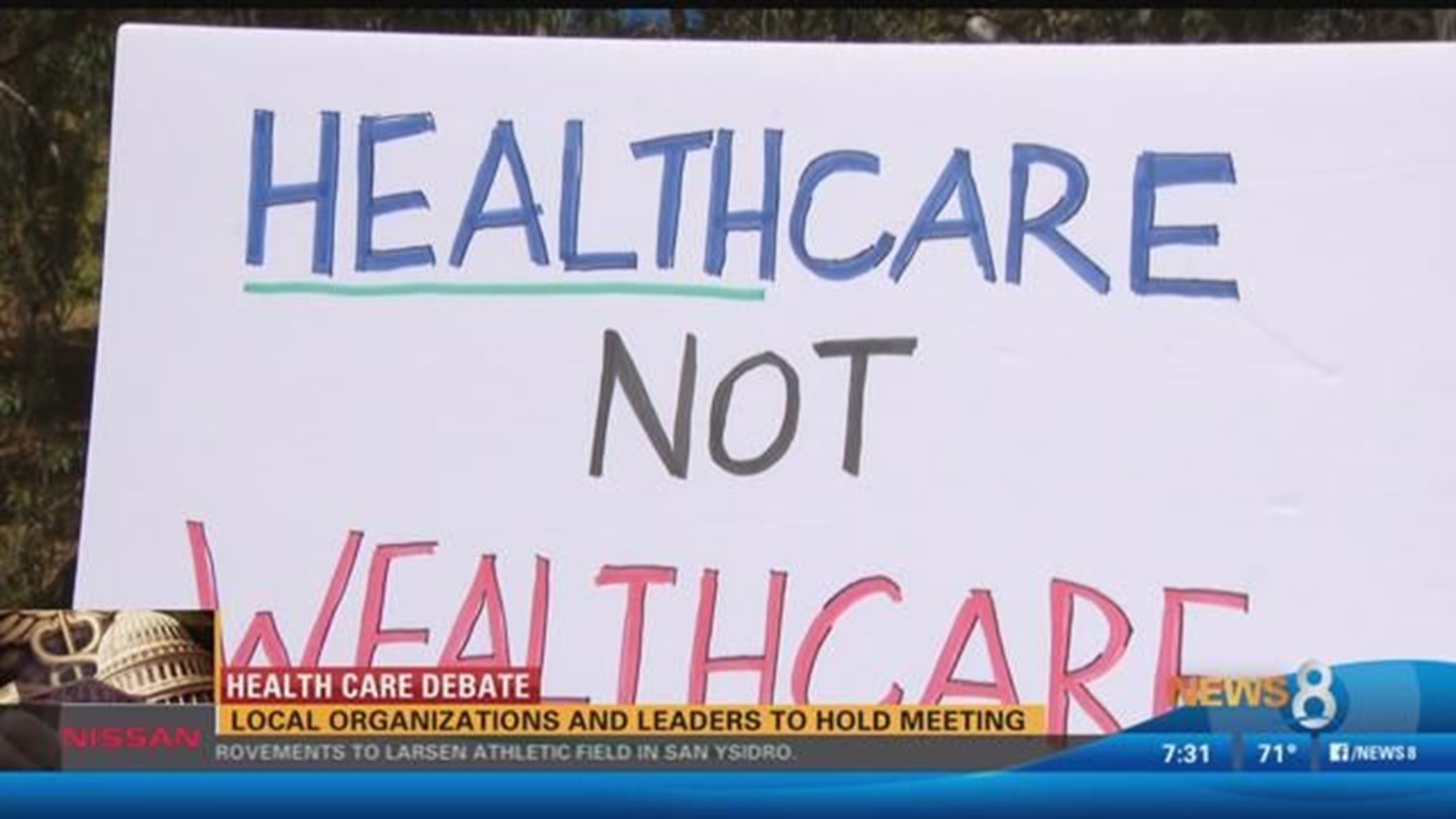 SAN DIEGO (NEWS 8/AP) - Senate Republicans are back on Capitol Hill to continue the debate on replacing Obamacare.

A number of local health organizations and community leaders gathered at the United Way building in Murphy Canyon Wednesday to urge the Senate "not" to pass a bill that they say is bad for San Diegans and the nation. The non-partisan group is urging the Senate to take action to protect San Diegans.

"This is not political at all. It's become political. It's unprecedented. Healthcare is just like education and it's one of our rights," Laura Farmer Sherman, Susan G. Komen of San Diego said.

San Diegans for Healthcare Coverage, The American Cancer Society Cancer Action Network, and Susan G. Komen of San Diego will be part of more than a dozen health advocate groups who say they oppose any Senate bill that reduces health coverage, funding and access for millions of Americans.

Senators planned to vote Wednesday on a Republican amendment to repeal much of President Barack Obama's law and give Congress two years to come up with a replacement. But that was expected to be rejected by a combination of solidly opposed Democrats and Republicans unwilling to tear down the law without a replacement in hand.

"Now we have to keep working hard," Senate Majority Leader Mitch McConnell, R-Ky., said Wednesday. "We're determined to do everything we can to succeed. We know our constituents are counting on us."

In an initial GOP setback, the Senate voted 57-43 Tuesday to block a wide-ranging amendment by Majority Leader Mitch McConnell of Kentucky to replace Obama's statute with a more restrictive. Those voting no included nine Republicans, ranging from conservative Mike Lee of Utah to Alaska moderate Murkowski, in a roll call that raised questions about what if any reshaping of Obama's law splintered Republicans can muster votes to achieve.

Trump took to Twitter early Wednesday to single out Murkowski.

"Senator @lisamurkowski of the Great State of Alaska really let the Republicans, and our country, down yesterday. Too bad!" he wrote.

Murkowski, a senator since 2002, was re-elected last fall and has criticized the GOP's proposed cuts in the Medicaid health insurance program for the poor, the disabled and nursing home patients. During the presidential campaign last October, she said she would not support Trump after tapes were released of him making crude comments about women in 2005.

Before that defeat, Trump and McConnell had gained a reprieve from what seemed a likely defeat and won a 51-50 vote to begin debating the GOP health care measure, which sits atop the party's legislative priorities.

In a day of thrilling political theater, Vice President Mike Pence broke a tie roll call after Sen. John McCain returned to the Capitol from his struggle against brain cancer to help push the bill over the top. There were defections from just two of the 52 GOP senators — Murkowski and Maine's Susan Collins — the precise number McConnell could afford to lose and still carry the day.

All Democrats voted against even starting debate on legislation to dismantle the 2010 statute that stands as President Obama's landmark domestic achievement.

Leaders were openly discussing a "skinny bill" repealing unpopular parts of the statute like its tax penalties on people not buying coverage — a tactic aimed chiefly at letting Senate-House bargainers seek a final compromise later.

"It seems the Republican majority is no clearer on what the end game is, because there's no good way out of this," he said.

Senators were working their way through 20 hours of debate. At week's end, a "vote-a-rama" of rapid-fire voting on a mountain of amendments was expected before moving to final passage — of something.

Internal GOP differences remain over how broadly to repeal the law, how to reimburse states that would suffer from the bill's Medicaid cuts and whether to let insurers sell cut-rate, bare-bones coverage that falls short of the requirements.

While pressure and deal-making helped win over vacillating Republicans to begin debate, they remained fragmented over what to do next. Several pointedly left open the possibility of opposing the final bill if it didn't suit their states.

Even McCain, R-Ariz., who received a warm standing ovation and bipartisan hugs when he returned, said he'd oppose the final bill if it didn't reflect changes to help his state and lambasted the roughshod process his own party was using.

He accused party leaders of concocting a plan behind closed doors and "springing it on skeptical members, trying to convince them it's better than nothing, asking us to swallow our doubts and force it past a unified opposition. I don't think that is going to work in the end. And it probably shouldn't."