Protesters fanned out across San Diego to raise awareness about what they call the dangers of drones. 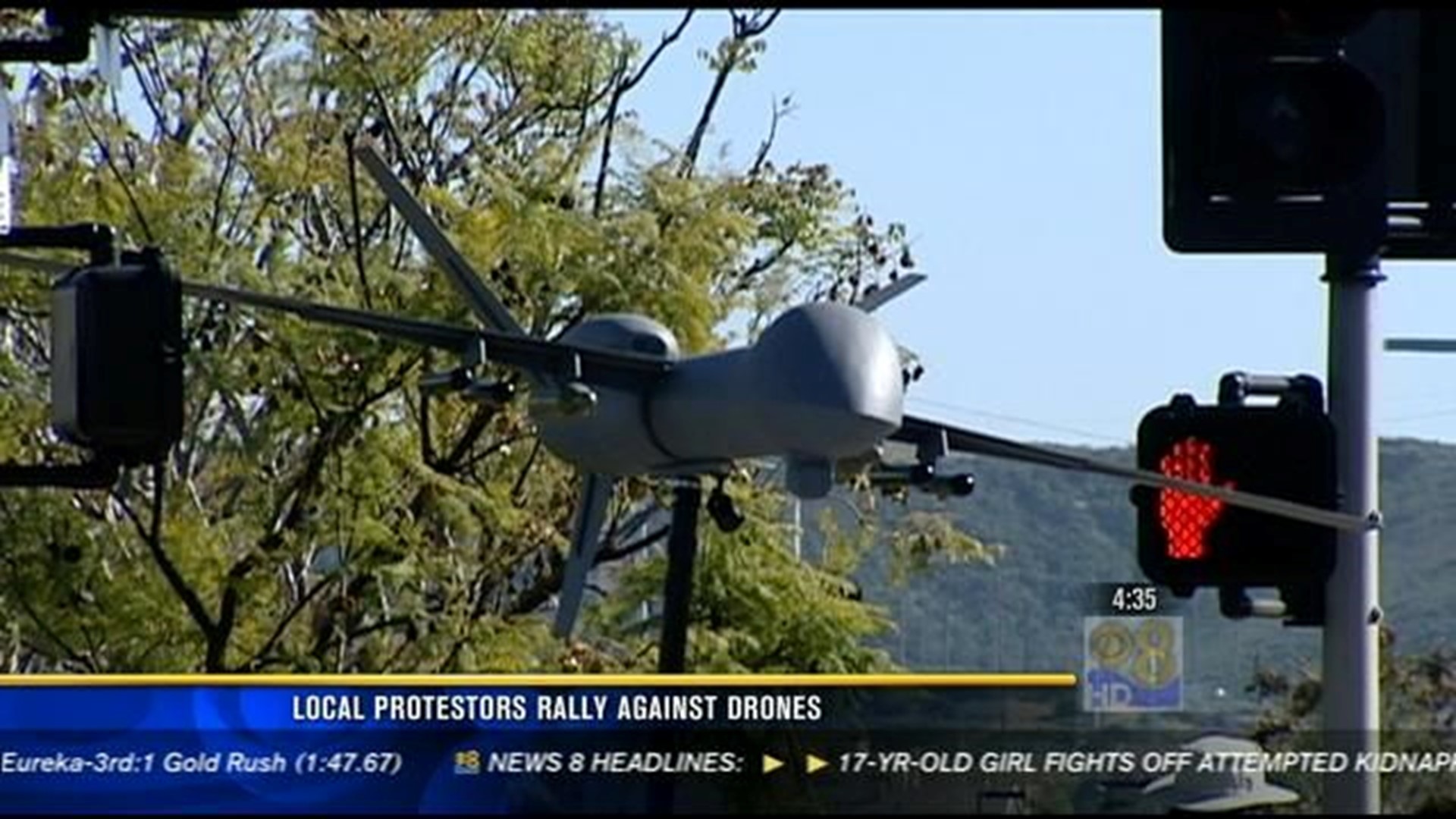 SAN DIEGO (CBS 8) - Protesters fanned out across San Diego to raise awareness about what they call the dangers of drones.

Thursday, San Diego Veterans for Peace protested outside General Atomics in Poway. The company is considered one of the leading drone manufacturers.

"Think about the concept that, you know, drone warfare is going on right now and that people are drying as a result of it. Many of them innocent. And that they themselves may be under surveillance at some point by drones," said Larry Pierce, Overpass Light Brigade.

Protesters say they kicked off this national anti-drone campaign in San Diego because the region considered a hub of drone production.