Videos of local Halloween thieves taking all of the candy from bowls left out for kids are going viral.

SAN DIEGO (CBS 8) – Videos of adults snagging all of the Halloween candy from bowls left out for kids are going viral. An adult in a Serra Mesa neighborhood and another one at 4S Ranch are getting slammed by online commenters for their behavior.

An adult "trick-or-treater" was caught on surveillance video in Serra Mesa taking all of the Halloween candy set out by a homeowner who was away Halloween night.

The homeowners set out the candy with a note asking trick-or-treaters to be considerate of how much candy they take. In the video, trick-or-treaters come and go. Then, a woman arrives at the residence and takes the remainder of the candy. The woman has been identified as El Cajon resident Trisha Farrell. Earlier on Monday she posted a message on her Facebook page which has recently been taken down. 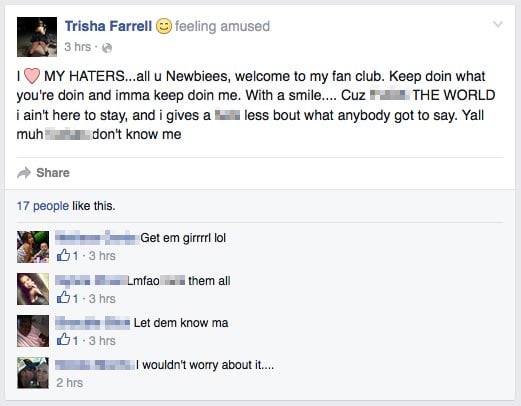 The surveillance video was uploaded by YouTube user InternetLasers, writing: "Away from home, we left full-sized candy bars outside with a note, 'Help yourself but be considerate!' We figured a group of kids would probably end up taking all of the candy at one point during the night, but everyone was really considerate ... until this upstanding mother came to save the day."

Another case happened in 4S Ranch. Homeowner Charlie Rose said he left his candy out with a note that read:  "please leave some for the others."

However, in the video you can see a man with two girls grabbing handful after handful of candy. Then, the man took the kids to the car and came back alone to finish the job.

"We went back and watched the whole thing from start to finish and realized that he actually took the bowl after he put the kids back in the car,” explained Rose.

Rose said he and his wife put out the bowl because they had a sleeping baby inside and didn't want the doorbell to wake her.

No police reports have been filed in both incidents.