The section of fencing stretches from near the Pacific Ocean to Otay Mountain and is double the height of the old fencing. 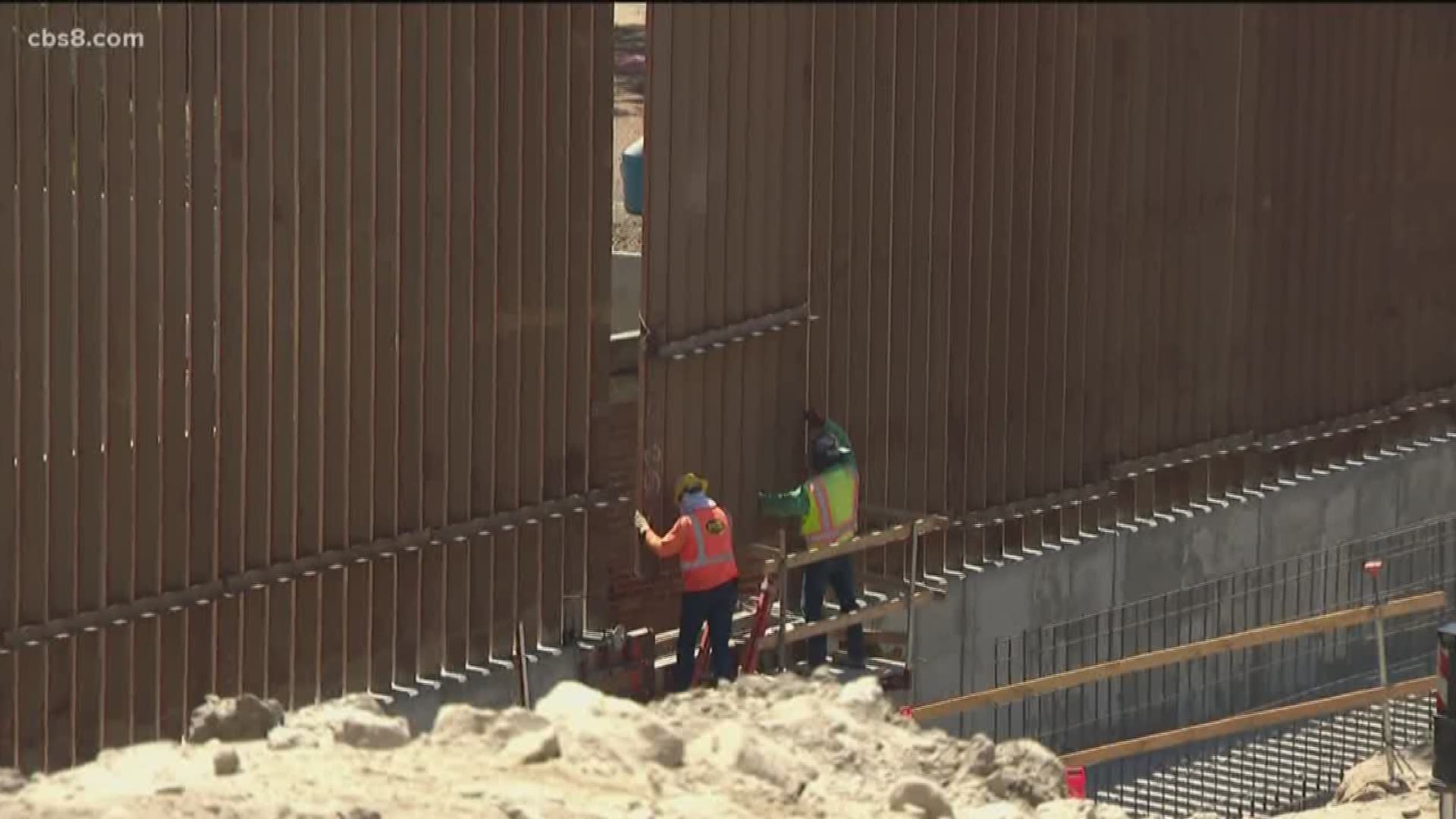 SAN DIEGO — On Friday, crews finished the installment of the last panel of the Otay Mesa border wall, a section of fencing that stretches a half-mile east of the Pacific Ocean to the base of Otay Mountain.

The new wall more closely aligns with the border. Previously, the fencing went with topography and was built further inland. This time, it's about two feet from the actual line and will make maintenance easier, according to authorities.

Border Patrol said the new fence allows better visibility to see what's happening in Mexico. They also said while the wall is working, it's part of a comprehensive strategy to secure the border: infrastructure, cameras, ground sensors, and staffing.

The current administration allocated $147 million for the 14-mile project in 2017, with work starting last May.

The corrugated fencing was installed in the 1990s (started in 1991 and finished in 1995). While it was effective at the time, it is no longer the case.

Authorities also tried a metal mesh fencing in 1997, but that also became outdated as today's modern, battery-powered tools can get through it within 40 seconds.

Construction work is ongoing on a secondary fence that is 30 feet throughout. That project should be completed in January 2020.

All the work is replacement of existing wall. There is no new construction in San Diego Sector.

The completion of the fence comes as Border Patrol faces an increasing number of assaults and apprehensions nationwide.

The new wall will allow authorities to move agents to more rural areas. They previously staffed with about eight agents in one area, but can now have about three and use the others elsewhere.