Faulconer said the city is on track to fix half of the City’s entire 3,600-mile street network by the end of December. 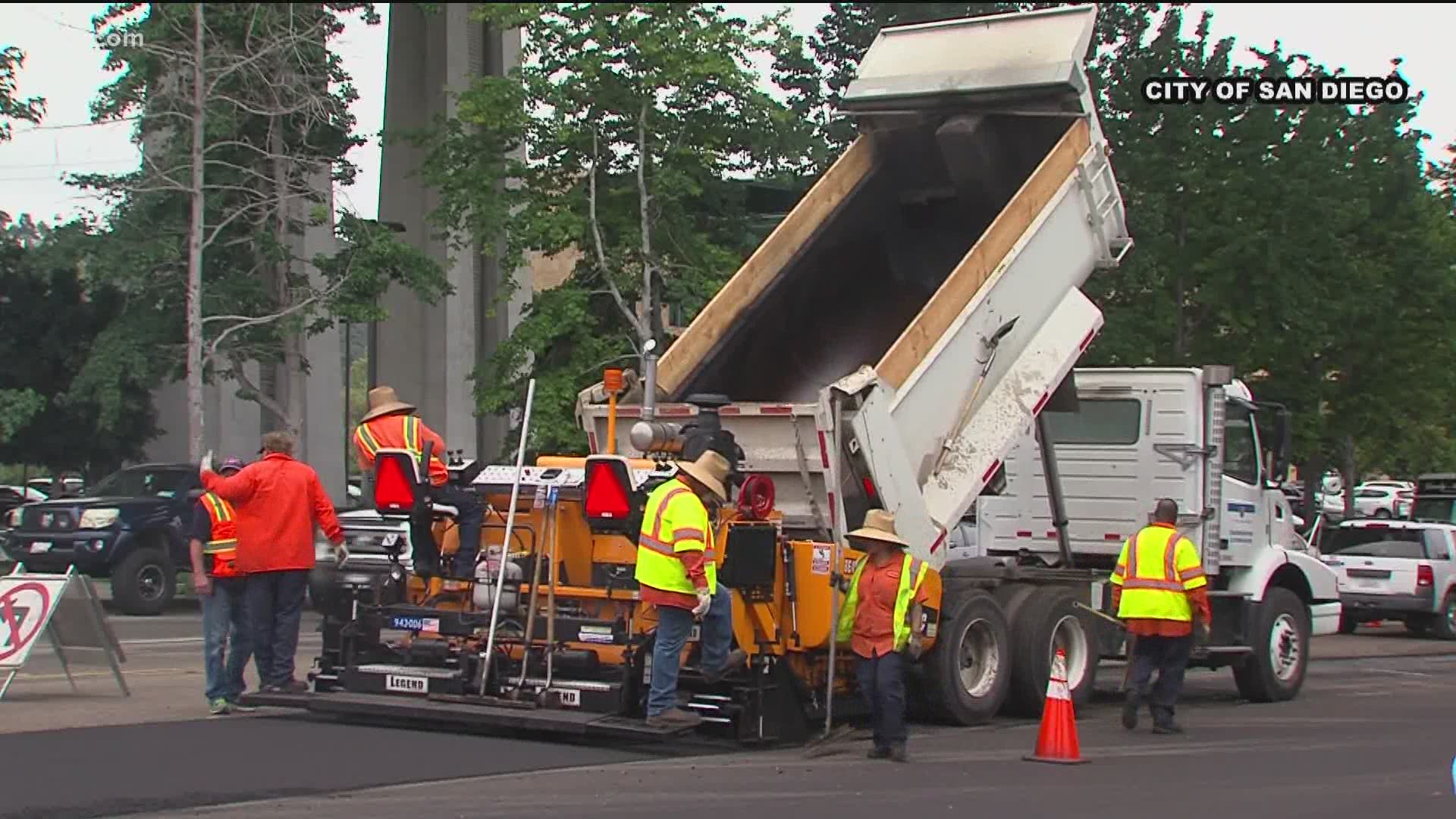 “When I ran for mayor, there was no issue that San Diegans complained about more than streets, so we have been on a mission over the past six years to bring smooth streets to neighborhoods across the city,” Mayor Faulconer said. “We overhauled the repair program to speed up fixes, made record investments in street repair, and are on pace to fix half of all City streets by the end of the year. The robust program we now have in place fixes hundreds of miles annually and I strongly encourage the next Mayor to keep the pedal to the metal until every San Diegan can experience a freshly paved street outside their front door.”

The city has taken advantage of reduced traffic during the pandemic with crews completing repair work on some of the city’s busiest streets in 2020. Those streets include, North Harbor Drive, Fairmont Avenue, Montezuma Road. Construction on Scripps Poway Parkway is underway and anticipated to be completed in December.

“It’s great to see that we have repaved nearly half of the city’s streets, an issue that remains the top request we hear from our residents,” said City Councilmember Mark Kersey, Chair of the Active Transportation and Infrastructure Committee.

The duo said this year's progress is in stark contrast to over a decade ago when the city repaired only 24 miles in an entire year (2006). Now crews average 25 miles of street repair a month.