Police asked business owners in the area to review surveillance footage to check if they caught video of the shooting or the suspects. 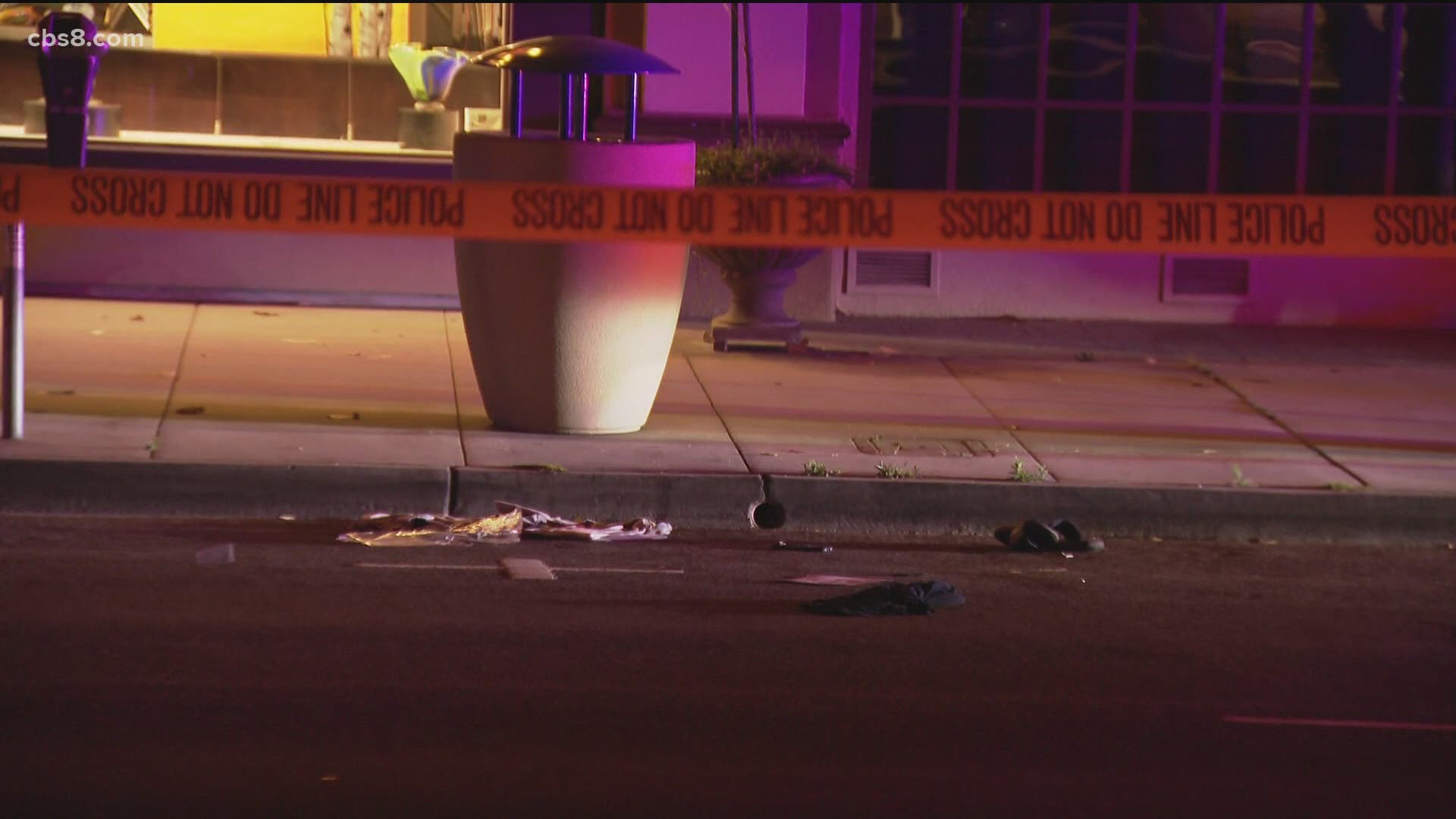 CORONADO, Calif. — Police Tuesday were searching for two men involved in a shooting that wounded an 18-year-old man who met up with the pair to sell jewelry in Coronado.

Dispatchers received reports of the shooting around 9:30 p.m. Monday on Orange Avenue between Ninth and 10th streets, according to Coronado police.

Officers found a young man lying on the sidewalk suffering from a gunshot wound. Medics took him to a hospital for treatment, but an update on his condition was not immediately available, police spokeswoman Lea Corbin said.

Investigators determined that the victim, whose name was not released, had arranged to meet with two men to sell jewelry using an Internet app that pairs buyers and sellers. At some point in the transaction, the pair grabbed the jewelry and shot the victim as they ran off.

"The victim, Jacob Mckanry, is a friend of mine and his parents have asked me to share the following: Jacob met two men last night to sell a piece of jewelry. The men attempted to rob Jacob and he was shot in his back. The bullet damaged a lung and his liver, he had surgery last night and is currently at UCSD in Hillcrest in stable condition.

Jacob is a great young man with a bright future. Please join me in praying for Jacob and his parents, Julie and Chris."

Both men are believed to be in their 20s. One has a heavy build, curly dark hair and was last seen wearing a blue sweatshirt and baggy pants.

The other suspect was seen removing clothing as he ran off.

Police asked business owners in the area to review surveillance footage to check if they caught video of the shooting or the suspects.

Anyone with information was asked to call the Coronado Police Department at 619-522-7350.