Adam Ledesma and Jared Hoffman are charged with manufacturing around 166 kilograms of hash oil inside the building raided by Drug Enforcement Administration agents on Thursday.

In the criminal complaint filed Friday, DEA Special Agent James Gillis wrote that DEA agents regularly surveilled the building over the past month, and observed Ledesma and Hoffman regularly entering the building.

There were "no visible indications of commercial or manufacturing operations operating out of the building," according to Gillis, who said that on May 14, he found a number of paint buckets, stainless steel pots and other items he alleged were consistent with manufacturing cannabis inside two dumpsters in the building's loading dock. The building's electricity bills dating back to last May were also "excessive and consistent with the amount of electricity required to operate equipment commonly used for concentrated cannabis extraction and/or indoor marijuana cultivation."

Search warrants were served Thursday for the premises, which has no license for marijuana cultivation from either the state or San Diego County, according to the DEA. The agency said the street where the lab was located had to be shut down for approximately six hours while large amounts of ethanol were removed.

"Ethanol, also called ethyl alcohol, is a toxic, volatile, highly flammable colorless liquid and vapor that can cause skin and eye irritation and may also cause respiratory irritation. This quantity of ethanol could have caused extensive fire damage," a release from the DEA read in part.

RELATED: 3 people burned in fire at Mira Mesa home that had a hash oil operation inside

Authorities said it was the sixth hash oil lab in San Diego County dismantled by federal authorities within the past three weeks. Explosions at two of those labs sent four people to hospitals with serious burns, the DEA said.

The agency alleged that the Lemon Grove lab was in particular danger of an explosion or fire, due to high combustible gas readings at the premises, as well as a large amount of ethanol found at the lab.

San Diego County and San Diego City HAZMAT personnel assisted with the clean-up, according to the DEA.

If you are aware of an illegal hash oil extraction or refinery laboratory in your neighborhood, the DEA asks that you call them at 858-616-4100. 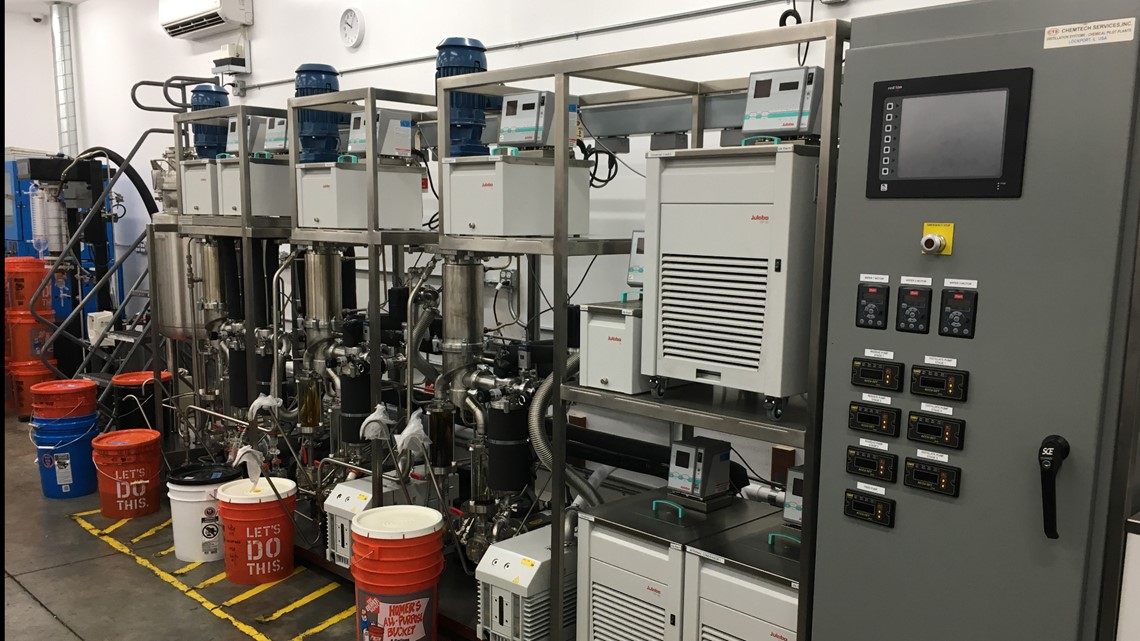