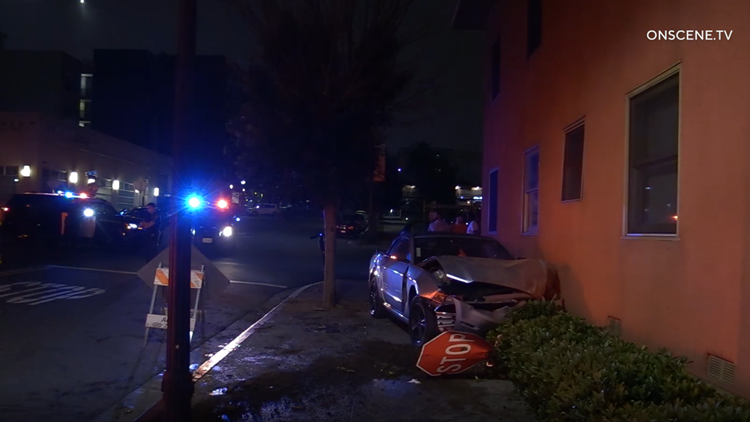 A 24-year-old woman and a 22-year-old man were crossing 14th Street in an unmarked crosswalk. They were about three-quarters of the way when an unknown person in a 2013 Ford Mustang lost control while attempting a U-turn and crashed into them, Heims said.

The woman was pinned against a wall, suffering an open fracture of her lower left leg and a fractured left hip, he said. The man had multiple abrasions.

The Mustang driver fled the scene on foot and was not located, Heims said.