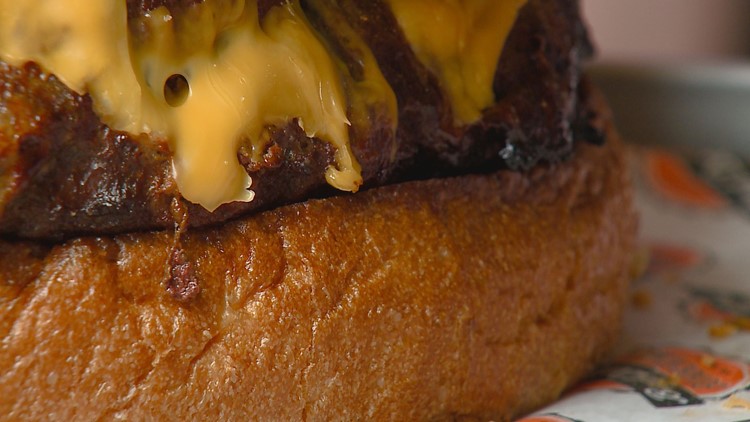 That Plant Based Burger Isn't Any Healthier Than The Real Thing.

Meatless burgers seem to be everywhere these days, including fast-food restaurants and grocery stores. Companies that make the newer plant-based burgers claim they look and taste like the real thing while being better for the environment. But what’s actually in these burgers, and how do they taste? And are they an alternative to industrial farming? Consumer Reports breaks down what’s between the bun.

The Beyond Burger gets its 20 grams of protein from peas, mung beans, and rice, it’s fat from canola and coconut oils, and uses beets and pomegranates to provide meat-like redness.

The Impossible Burger gets its 19 grams of protein from soy and its fat from a mix of coconut and sunflower oils.

First up, how do these meatless burgers taste? Both burgers are impressive imitators of meat. But the Impossible Burger is that much closer to real meat because of its taste and appearance.

Because both burgers are plant-based, you might think they’re healthier than an actual burger. But that’s not necessarily the case. Both burgers have ultra-processed ingredients like soy concentrates, isolates, oils, flavors. And they have similar amounts of saturated fat but much more sodium than regular beef.

And there’s also the unknown about an ingredient called soy Leghemoglobin, a compound found in the Impossible Burger, that gives it some of the taste, texture, and juicy look of real beef.

HOW TO MAKE A HEALTHIER BEEF BURGER

Is soy Leghemoglobin safe to eat? Scientists don’t know enough about it yet and won’t know for sure without additional research.

In response to CR’s concerns about soy Leghemoglobin, Impossible foods responded by saying that all of the studies we did indicated there was no risk of allergenicity or toxicity.

If you are looking for a healthier meatless burger made with whole-food ingredients, CR’s tasters also tried Amy’s California Veggie Burger, which did well in CR’s previous tests, and unlike the Beyond and Impossible Burgers doesn’t try to taste exactly like meat. It has less sodium and fat, and fewer calories and highly processed ingredients.

Both Beyond and Impossible Burger are also supposed to be better for the environment than meat from cows raised in conventional feedlots. While that may be true, CR points out that eating grass-fed animals raised on sustainable farms may also be beneficial to the environment.