A two-year-old boy has died after contracting E. coli linked to the San Diego County Fair, according to the County of San Diego Health and Human Services Agency. 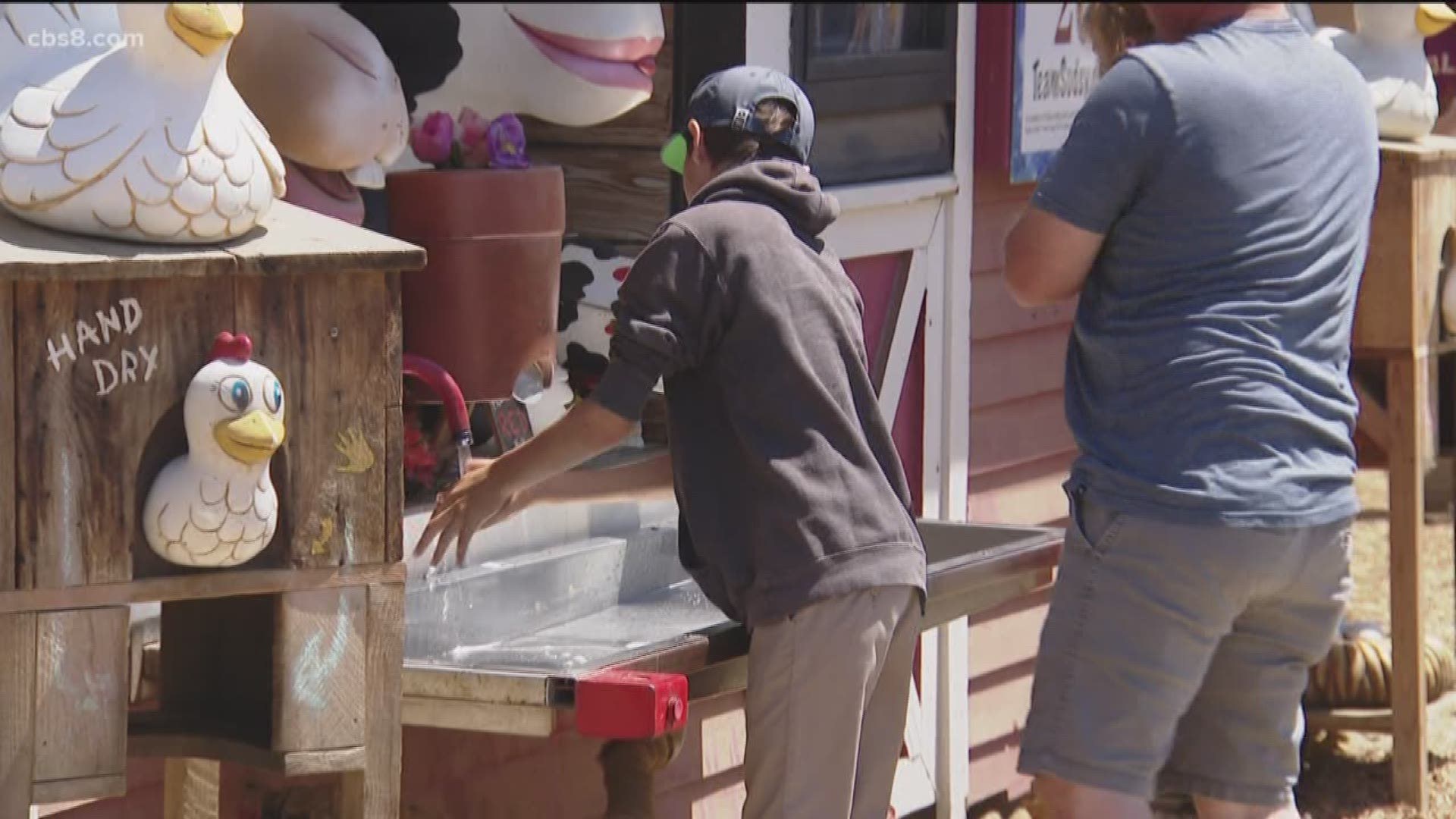 A two-year-old boy has died after contracting E. coli linked to the San Diego County Fair, according to the County of San Diego Health and Human Services Agency.

“Our hearts, our prayers, our thoughts go out to the family and friends of this child,” said San Diego County Fair CEO Tim Fennell.

Three other cases were also confirmed by HHSA. The ages of the children range from 2 to 13 years of age.

The first three cases did not require hospitalization, but the two-year-old who was hospitalized died from a complication of the disease. Authorities say young kids and older people are most susceptible to the bacteria due to weaker immune systems.

Most people with an E. coli infection start feeling sick three to four days after eating or drinking something containing the bacteria. But illnesses can start between one to 10 days after exposure. Symptoms can include severe stomach cramps, watery or bloody diarrhea and vomiting.

Symptoms can occur with or without a fever.

The source of the E. coli bacteria is under investigation, but all children had a report of visiting the animal areas or the petting zoo, or had other animal contact at the San Diego Fair.

RELATED: Fundraiser and GoFundMe set for child who died of E. coli at fair

As a result, San Diego County Fair officials have closed public access to all animal areas, including the petting zoo. They plan to completely sanitize all buildings that housed animals once the animals are gone.

"Safety is and will continue to be our number one priority," said Katie Mueller, San Diego County Fair Deputy General Manger.

During their press conference Friday night, fair officials confirmed that all food facilities had been re-inspected and no link was found the cases involving the children. In addition there were no connection to food vendors reported by any of the children.

County fair officials said the most important step people should take to help prevent an infection is to practice good hand washing hygiene.

Always wash hands thoroughly after contact with animals or their environments (at farms, petting zoos, fairs, even your own backyard).

Everyone, especially young children, older individuals, and people with weakened immune systems, should wash their hands before eating or drinking.

HHSA said these cases are of Shiga Toxin E. coli and are the same strain as the one that swept through a San Diego military base in 2017. It is also the same that caused the romaine lettuce scare in 2018.

The San Diego County Fair plans to resume their animal interactions as normal when they open next year.

The fair will remain open until July 4th.