More than 270 Ride4Alz bikers raise over $200K for Alzheimer's research

Father and son, Richard and Rory Boyd, are not just motorcyclists riding for fun, they’re riding for a purpose. 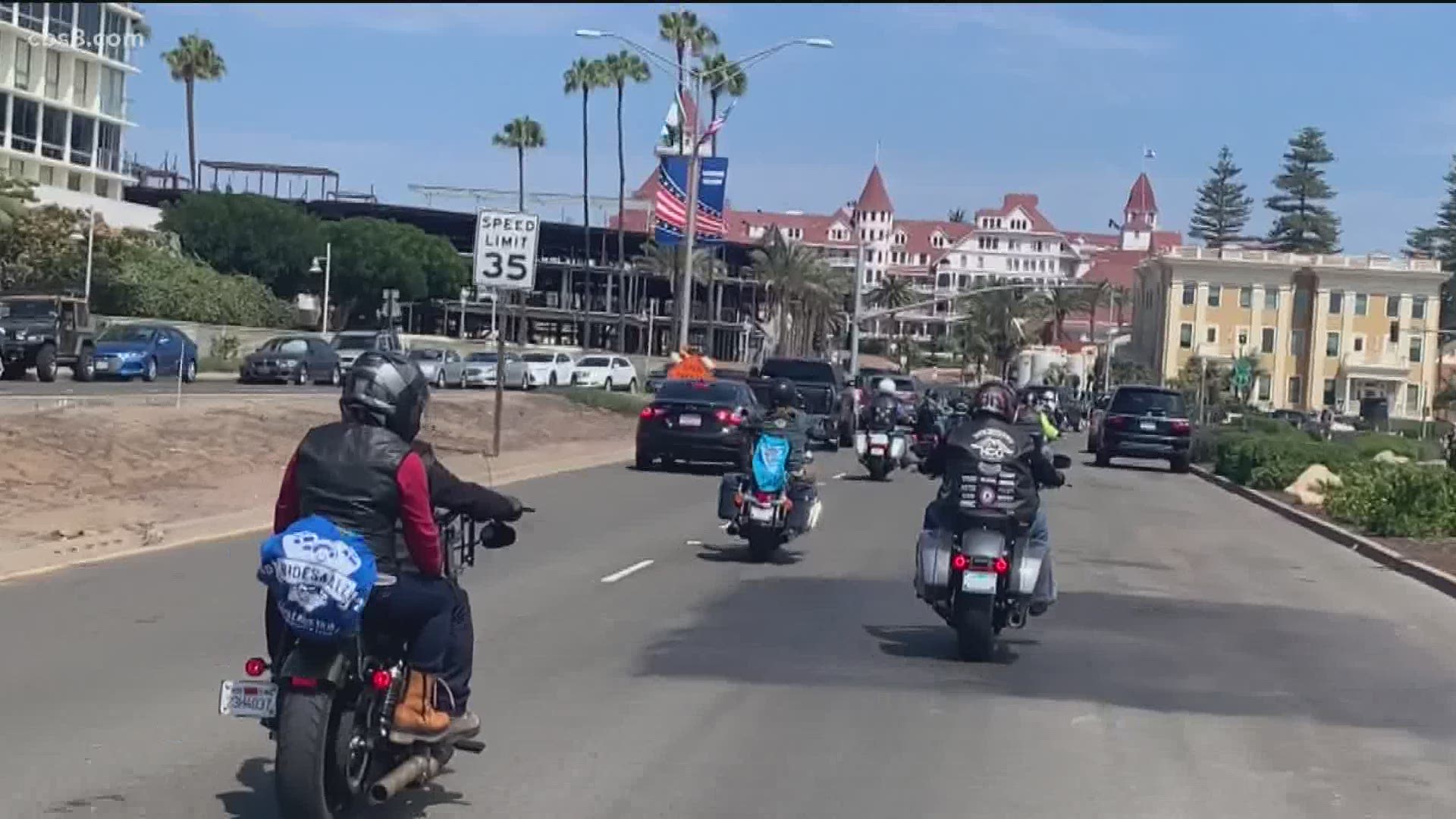 "Ride4Alz" is one of San Diego's biggest Alzheimer's fundraisers of the year and most people participating have a special connection to the cause.

Father and son, Richard and Rory Boyd, are not just motorcyclists riding for fun, they’re riding for a purpose.

“Our grandfather had Alzheimer's and ended up passing away. He was so smart and ex-military and we hope that this event makes it so people are not afraid to talk about this disease," said Rory Boyd.

"My dad just lost a part of who he was and it was tough to see. It was a shame to see him lose the best tool he had. I've been riding in this event since its inception in order to bring attention to the disease," said Richard Boyd, Rory's father.

The Boyds, along with 275 other bikers, revved up their engines for the 100-mile trek across San Diego County. Participants saw some familiar faces at the event like News 8 Sports Anchor John Howard as well as News 8 Anchor Carlo Cecchoto emceeing the event.

Bikers had already raised $212,000 for Alzheimer's San Diego through registration costs as of Saturday and organizers said that number was expected to grow.

After the three-hour ride, to celebrate the fundraiser, bikers enjoyed an after party at Alesmith Brewery for beer and tacos.

Rory and Richard hope their ride brings awareness to the disease.

"For every person you see struggling with Alzheimer's, there's dozens more in background and people who need help. Hopefully this event draws some attention to that," said Richard Boyd.