5 patients from MCAS Miramar quarantine still being evaluated for coronavirus

The total number of patients transported to hospitals from the base for further evaluation is now seven, two have since been released. 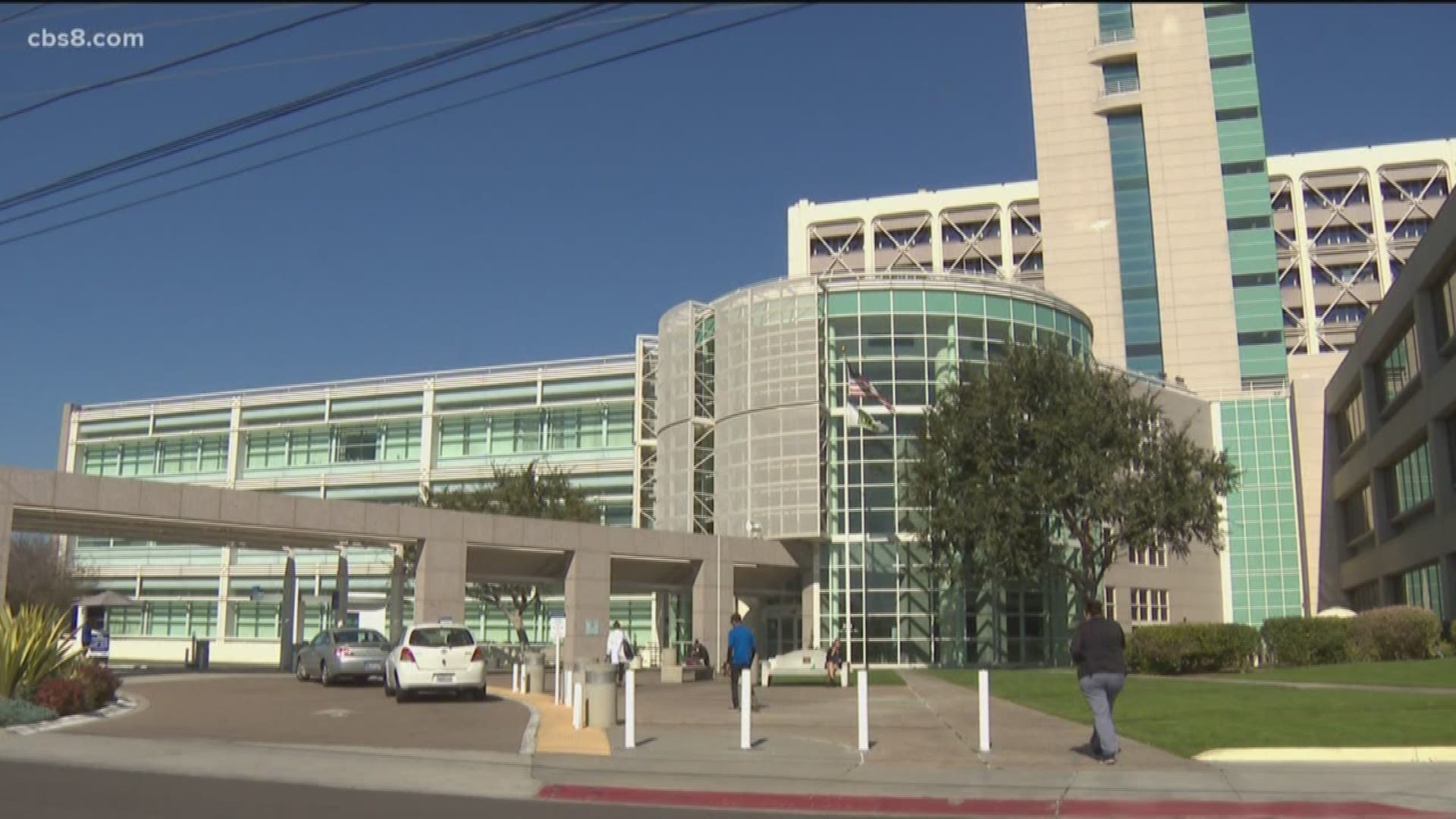 SAN DIEGO — Two additional patients under quarantine at Marine Corps Air Station Miramar were taken to local hospitals for evaluation as they had developed a fever or cough that require further evaluation. The total number of patients transported to hospitals from the base for further evaluation is now seven, two have since been released.

On Friday, one adult was transported to UC San Diego Health and one child to Rady Children's Hospital.

Two other patients -- one a 4-year-old girl -- taken from Marine Corps Air Station Miramar to Rady Children's on Wednesday to sit under observation for novel coronavirus have tested negative for the illness and returned to 14-day quarantine at the air station.

The coronavirus is causing concern for more local families including one in San Diego as Salomon Bialostozky is worried about his daughter Nadine and her fiancé Ben, who say they are essentially stranded aboard their Holland America Westerdam cruise ship that left from Hong Kong for two weeks on Feb. 1 and has not been able to dock in the Philippines or its final destination in Japan because of a coronavirus safety precaution even though no one on board has the virus.

A second plane carrying 65 evacuees from Wuhan landed at Marine Corps Air Station Miramar Friday morning after a brief stopover in Vancouver, British Columbia. These patients were screened by U.S. Centers for Disease Control and Prevention personnel and did not appear to show any symptoms, so they were allowed to join on-base facilities for the duration of their quarantine.

The plane landed at MCAS Miramar shortly before 8:50 a.m.

The first flight arrived Wednesday with 167 evacuees, and five of them were hospitalized after developing symptoms that warranted further observation for possible exposure to the coronavirus, which has killed more than 720 in China since late 2019. Three of those patients are awaiting results as well.

According to the CDC, the fifth patient -- described only as an adult - - "developed a fever or a cough" that prompted the precautionary hospitalization. The person was taken to UC San Diego Health.

Four other people were hospitalized Wednesday afternoon, hours after a plane carrying 167 Americans landed at the northern San Diego military base. All of the passengers underwent medical screening upon landing.

Doctors said they were awaiting test results from the CDC to determine if any of the four patients are infected with coronavirus. Those results are expected as early as Saturday morning.

Dr. John Bradley, medical director of infectious diseases at Rady, said there was no threat to the public at large or to other patients in either facility.

"Nobody who comes to Rady or UCSD has to worry at all, even if the patients test positive -- which is unlikely," he said. "We have really good isolation policies and they are in special rooms designed for Ebola, which is far worse than coronavirus."

Dr. Francesca Torriani, the program director of infection prevention at UCSD Health, urged the public to show compassion and patience.

"Remember, these are American citizens who have already gone through a lot," Torriani said. "We are going to welcome them and make life as good as possible."

Torriani also said that according to estimates, coronavirus has a lower mortality rate than the strain of influenza which has killed 7,000 Americans this season.

"If we are looking at worst-case scenario, the mortality for the flu is something like 2.5%, with that number going up if there are underlying medical problems," she said. "The estimates for coronavirus (are) less than 2%."

Even so, both physicians expressed shock at media reports that one of the first doctors to express alarm over the outbreak in China was seriously ill. It was later reported by multiple outlets, including The Wall Street Journal, that he died.

President Donald Trump tweeted early Friday that he "just had a long and very good conversation by phone with President Xi of China. He is strong, sharp and powerfully focused on leading the counterattack on the Coronavirus. He feels they are doing very well, even building hospitals in a matter of only days. Nothing is easy, but he will be successful, especially as the weather starts to warm & the virus hopefully becomes weaker and then gone. Great discipline is taking place in China, as President Xi strongly leads what will be a very successful operation. We are working closely with China to help!"

Bradley and Torriani said the virulence of coronavirus was not fully understood but said best knowledge was that it was spread by large water droplets within 3-6 feet of a person suffering symptoms such as coughing or sneezing.

Such a transmission method means it's unlikely any of the people on the flight to Miramar had developed symptoms of the illness, they said.

"If anyone on that flight had symptoms, after 11 hours of flying, the whole flight would have been sick," Bradley said.

Bradley said that while the coronavirus is indeed "novel" in that its exact strain has not been seen before, SARS was a similar coronavirus with much higher mortality rates, so world health officials have some research on treating similar viruses. He said antiviral medications had already shown some efficacy in treating the illness.

The hospitals and county health officials were pressing the CDC to offer test kits to identify the strain of the virus without the need to send biological samples to the federal headquarters in Atlanta.

The 167 people who arrived from China on Wednesday are under a government-mandated two-week quarantine due to possible exposure to the potentially deadly disease. Medical personnel with the CDC met the arriving flight at the northern San Diego military base after it touched down shortly before 9:30 a.m. Wednesday, officials said.

Nearly 200 Americans arrived at March Air Reserve Base in Riverside on Jan. 29 and are quarantined there after being evacuated from Wuhan.

The coronavirus epidemic has claimed at least 560 lives, with more than 28,000 infections, mostly in China. The respiratory illness is treatable, and many patients are recovering, according to reports.

There have been 12 confirmed cases of coronavirus in the United States, with six of those in California, including one case each in Los Angeles and Orange counties. Temporary quarantine and processing sites have been established at major airports, including Los Angeles International Airport.

The virus was first identified by the Chinese government on Dec. 31, when authorities indicated an unknown pneumonia variant was infecting residents of Hubei province. One U.S. citizen has reportedly died from the disease in Wuhan, China, according to multiple media reports.