The inductees were recognized Sunday during an online ceremony co-hosted by the Women’s Museum of California. 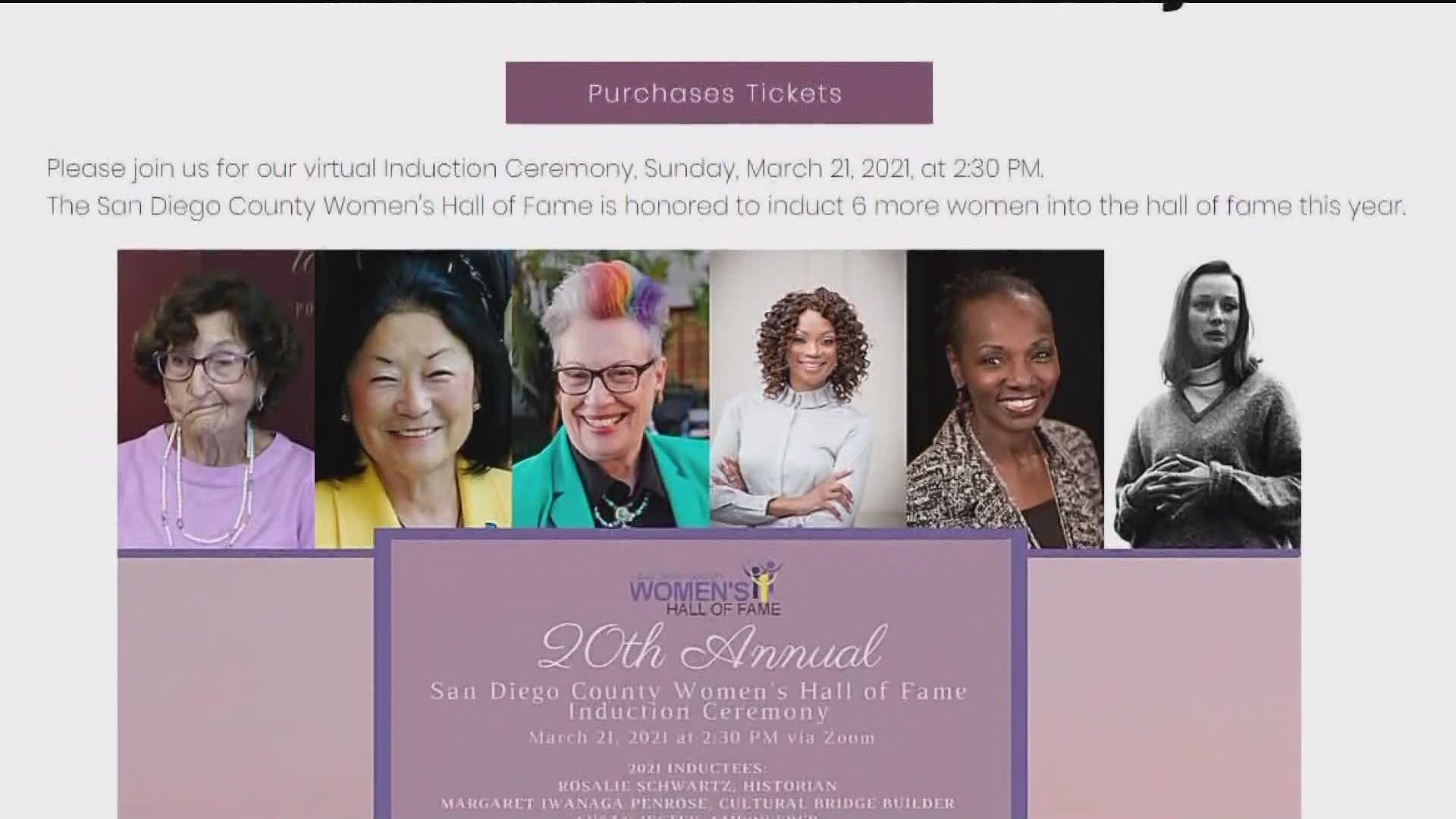 SAN DIEGO — San Diego’s Women’s Hall of Fame hosted its annual ceremony online this afternoon, celebrating some of the city's most accomplished women.

Today’s event honored six inductees, adding to a long list of women who have left their mark in San Diego.

The Women’s Hall of Fame was started in 2001 and now 20 years later, over 110 women have been acknowledged for their achievements, perseverance and influence on the city of San Diego.

Six more women are now in San Diego’s Women’s Hall of Fame. The inductees were recognized Sunday during an online. San Diego City Councilwoman Jennifer Campbell spoke to them on behalf of the City.

“It’s my honor to proclaim the month of March Women’s History Month and recognize all the Women’s Museum of CA for the contributions and impact it has made throughout our city,” said Jennifer Campbell, San Diego City Councilwoman, District 2.

Some of the honorees include Pan Asian Union Leader Margaret Iwanaga Penrose, Activist Genevieve Jones-Wright and the Honorable Randa Trapp, who spoke about the challenges she faced as an African American woman in the military, as an Attorney and now as a Judge.

“I still have to pinch myself sometimes with the realization that a little Black girl who started in Southeast San Diego would end up on the San Diego Superior Court,” said the Honorable Randa Trapp, a Women’s Hall of Fame Inductee 2021.

The Women’s Museum of California, who co-hosted the ceremony, is located in San Diego’s Liberty City and offers a library, archive collection, and exhibit gallery about women serving the community.

The Women’s Hall of Fame says it values women who are trailblazers, courageous and who do the right thing and it says all of today’s inductees fit that description.