70 Years In The Making: Triad WWII Veteran Gets To Hear Name Called, Walk on Graduation Day at WSSU

At age 99, and 70 years after she finished college, Elizabeth Johnson walked across the stage at Winston-Salem State University and received her degree amid a standing ovation. 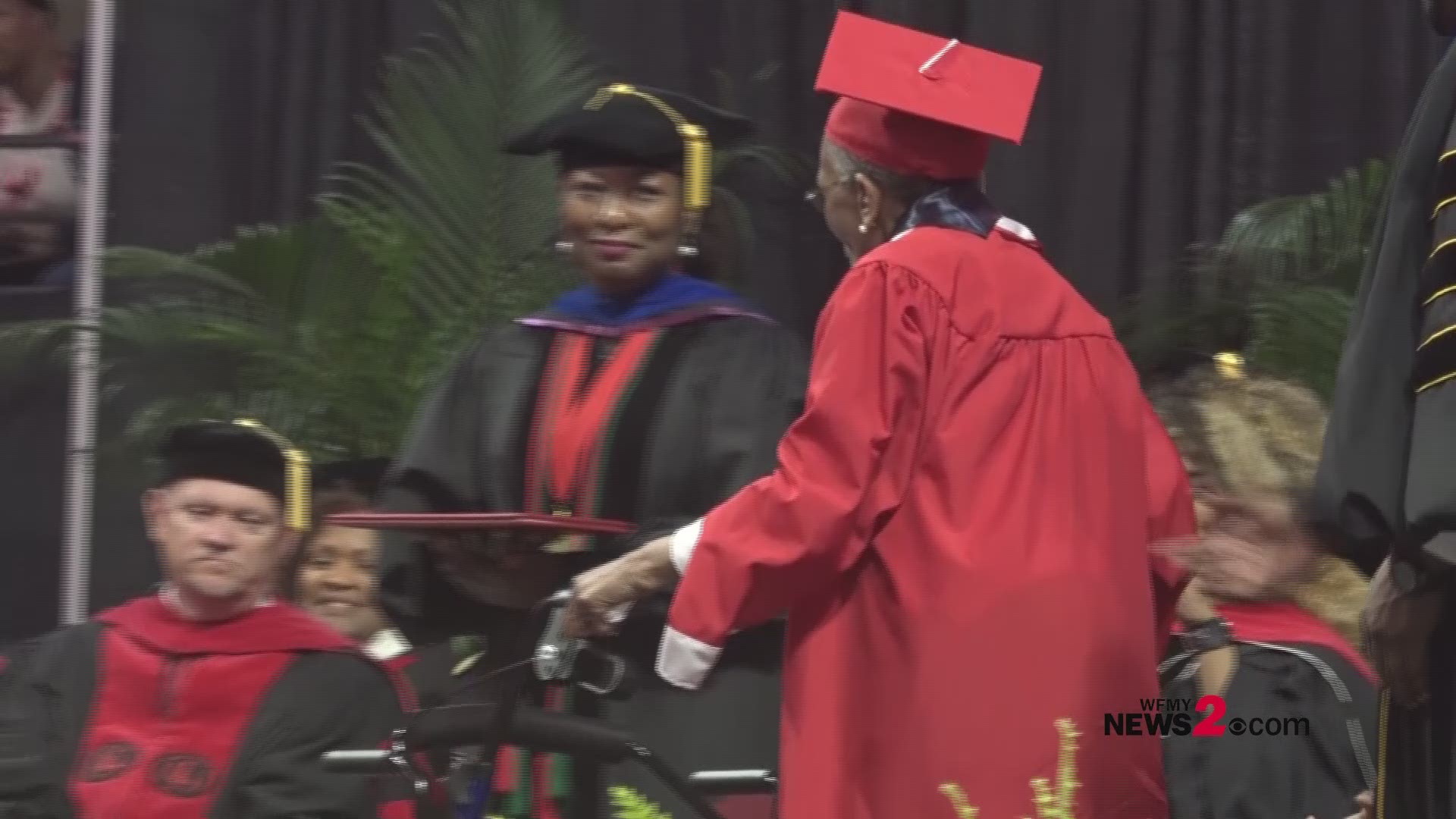 GREENSBORO, N.C. — It's a moment that has been 70 years in the making.

Elizabeth Johnson, who’s a World War II veteran said she's excited to finally get the opportunity. While Johnson got her degree back in 1949, she never got to walk across the stage because she already had a job as a teacher and couldn't find a substitute to attend the ceremony.

So, at her 99th birthday party last week, she was surprised with a cap and gown and was told she was finally going to walk at graduation.

Johnson has had a life of service stating with the military back in 1943. She enlisted in the U.S. Army and became a member of the 6888th battalion. It was the only all-female African American Women's Army Corps Battalion to serve overseas during WWII. 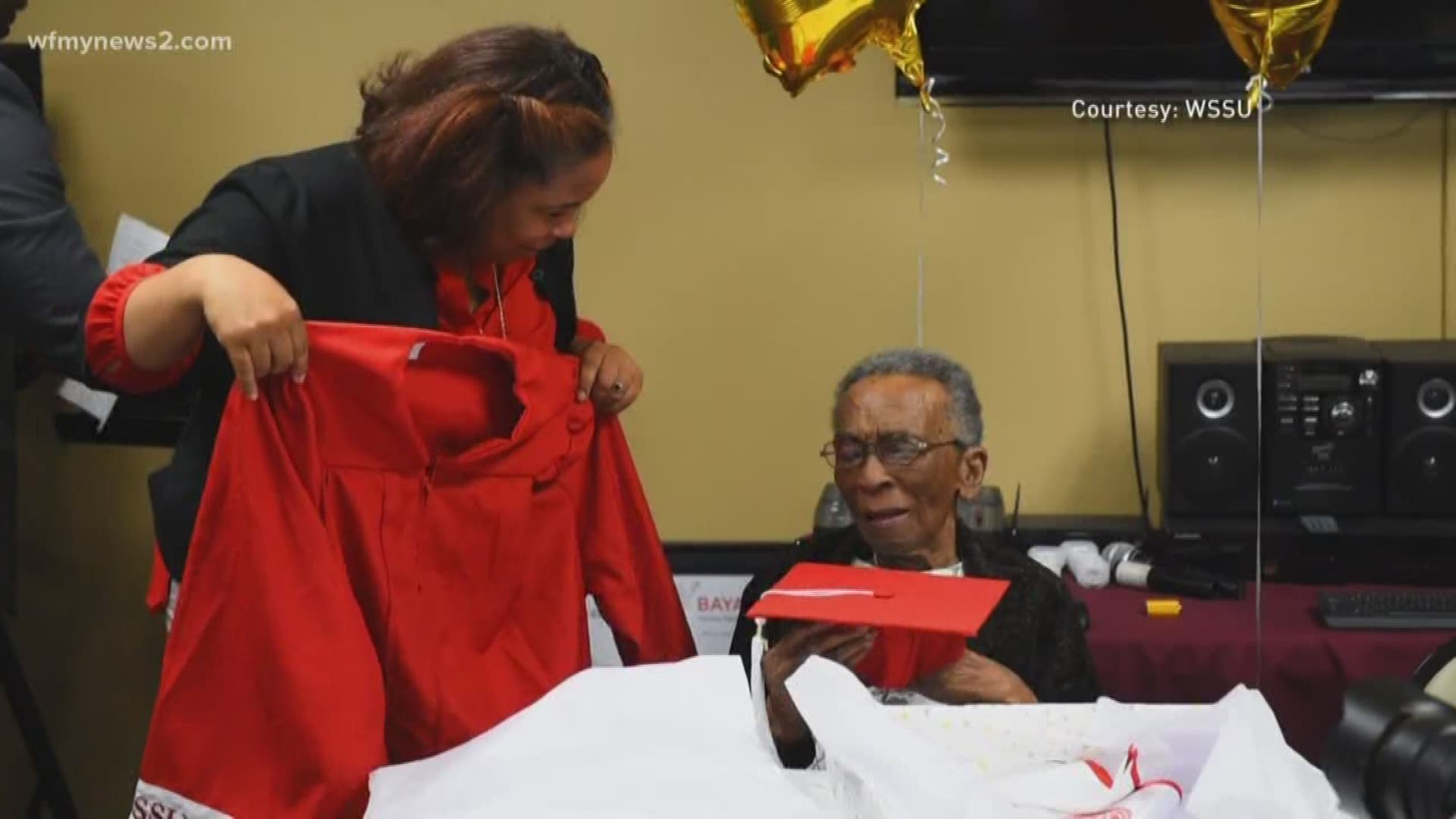 When the war ended, she decided to go to school to become a teacher.
She was actually the first female to enroll on a GI bill at what was then Winston-Salem Teachers College, which is now Winston-Salem State University.

She wanted to get into education to make a difference.

“To begin with I felt like dropping out but then I there were so many children that we're not getting the help they need it I said well I'm capable I feel like I'm capable of doing it so that's exactly why I stayed with it.”

On Friday, she was honored with a veteran cord for her gown and an honorary jacket by the school's ROTC program.

1 / 9
WSSU
World War II veteran and retired teacher Elizabeth Barker Johnson got her 99th birthday wish granted: to walk across the stage at WSSU graduation. Barker couldn't attend her own ceremony after earning her degree back in 1949.

Graduation will be an emotional day for her family.

Her daughter, Cynthia Scott, says she's looking forward to one thing the most.

“When she turns her tassel and I don't know once you do that it's just like saying, I've done it. That's it, kind of puts the period to the end of the sentence.”

Johnson taught for more than 30 years in public schools in both North Carolina and Virginia.

She even helped integrate schools in Elkin, her hometown. She will be recognized on stage and receive an honorary degree in Special Education.