Girl with the Golden Racket: A look back at Maureen Connolly

The San Diego native dominated world tennis in the early 1950s before a tragic accident forced her to retire. 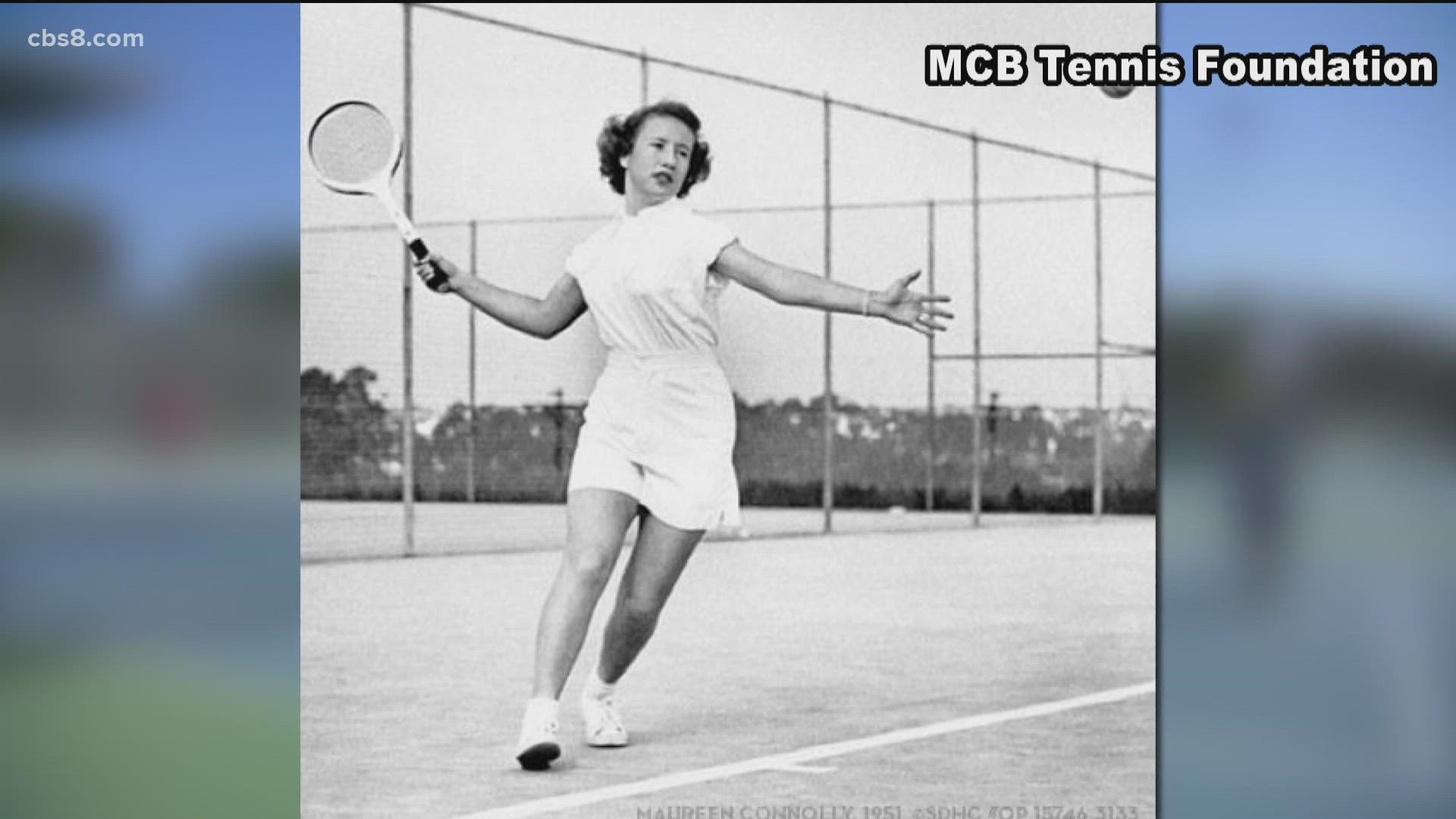 SAN DIEGO — Many players have hit on the historic courts on Morley Field and since 1922 the Balboa Park Tennis Club has been the home for kids learning how to hit backhands to long-time players catching up with partners on a sunny day in San Diego.

"She grew up on these courts here at Morley Field," says Larry Belinsky. As the founder of the San Diego Tennis Hall of Fame, Belinsky knows the club well and the famous San Diegans who have played on these courts. He says without a doubt, the most celebrated and talented player to grace these courts was Maureen "Little Mo" Connolly.

"She went out with the same kind of purpose and destroyed her opponent," says Belinsky. "They called her 'Little Mo' after the Missouri Battleship."

From 1952-1954, Little Mo took the tennis world by storm. In her three-year career, Connolly won nine major tennis tournaments around the world, including becoming the first woman to win a Grand Slam. In 1953 at the age of 19, she won The Australian Open, US Open, French Open and Wimbledon in the same calendar year, all without dropping a set.

But just weeks after winning her third straight Wimbledon title. Connolly was in a horse-riding accident that nearly took her life. While riding in Mission Valley, her horse was spooked and pinned her against a passing cement truck, shattering her leg and forever ending her tennis career at the age of 20.

In the time after her career, Maureen married restaurateur Norman Brinker and had two children. But after being diagnosed with ovarian cancer, died at the young age of 34.

Today Maureen isn’t the household name she was in the ’50s. But her legacy lives on in the courts she grew up hitting on.

Editor's note: This story originally stated that Connolly won her Grand Slam in 1952, it has been updated to 1953.  Her horse riding accident happened in Mission Valley, not in Rancho Santa Fe as originally posted.  We regret these errors.