The building was originally built in 1935 for the California Pacific International Exposition and quickly became a popular San Diego landmark. 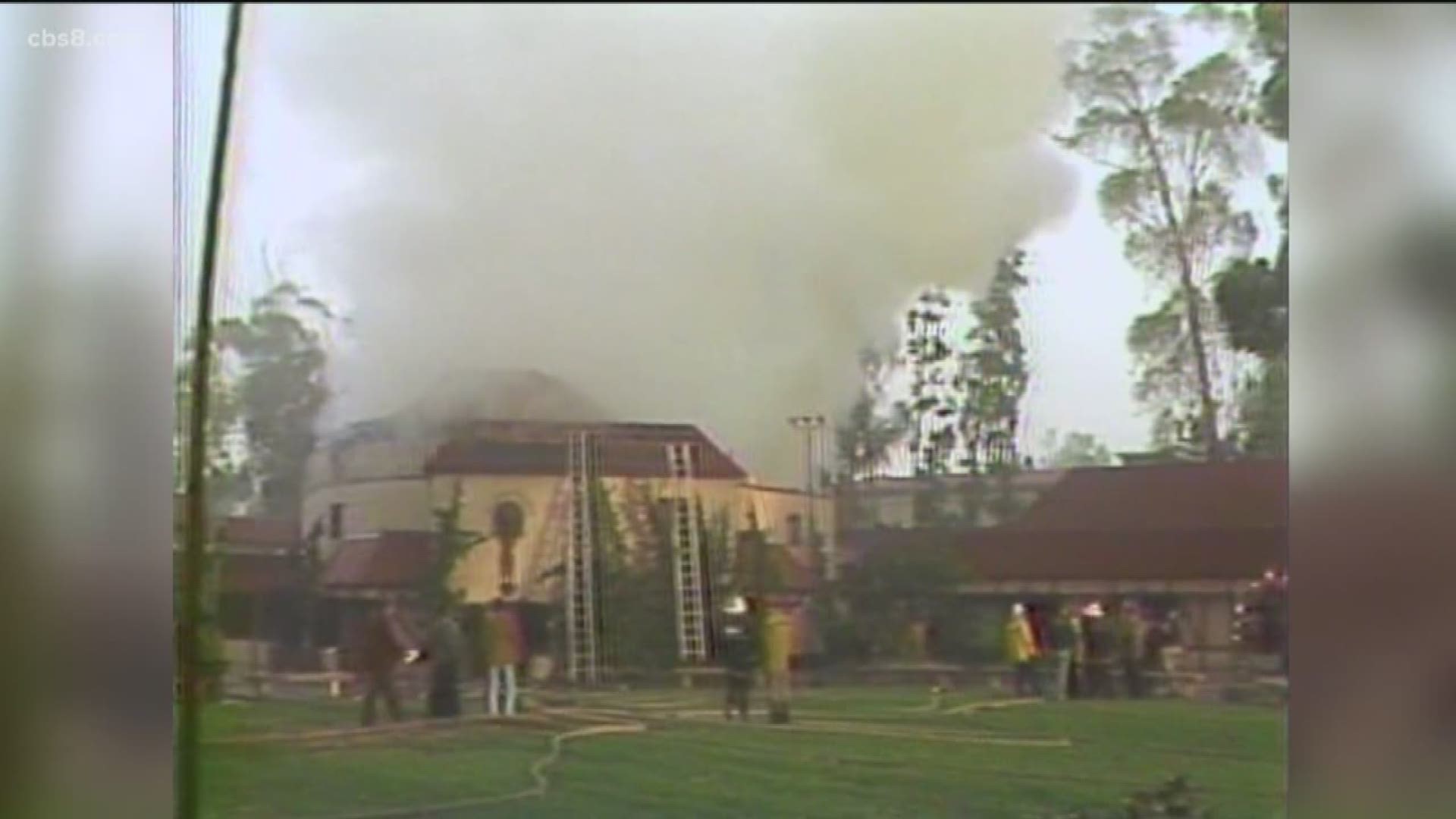 SAN DIEGO — In 1978, flames destroyed the Old Globe Theatre in Balboa Park. While it may not have had 850 years of history like Notre Dame which was damaged by a raging fire this week, the theatre had been a big part of our region's history.

The building was originally built in 1935 for the California Pacific International Exposition and quickly became a popular San Diego landmark.

An arson fire in 1978 took the Old Globe building, but not the fighting spirit of those who loved what it meant for our city.

Just days after the fire, community meetings, some attended by popular Hollywood celebrities like TV star Desi Arnaz, were held to rally residents. Money quickly started pouring in with donations big and small.

"This was before my time," said Barry Edelstein, the Old Globe's current Artistic Director, "But the stories I've been told [are] the city came together in this absolutely miraculous way. People told me that they had a paper route at the time and collected their pennies and brought them over in jars."

What we saw in San Diego in 1978 is similar to the spirit we're seeing now in Paris, as the community vows to rebuild Notre Dame to its original condition.

"Notre Dame and the Old Globe are two very different things, obviously," said Edelstein, "But the same kind of thing happens inside both of them - people come together to form community and to get in touch with something that's larger than themselves."

The Old Globe ended up raising $6.5 million to rebuild, which is more than $25-million in today's dollars. The new complex opened in 1982 and still remains a popular attraction with visitors and locals.

News 8 throwback footage shows the aftermath of the fire and the rebuilding efforts in 1980.