The Navy Fireman saved the lives of two fellow sailors during a boiler explosion aboard USS San Diego. 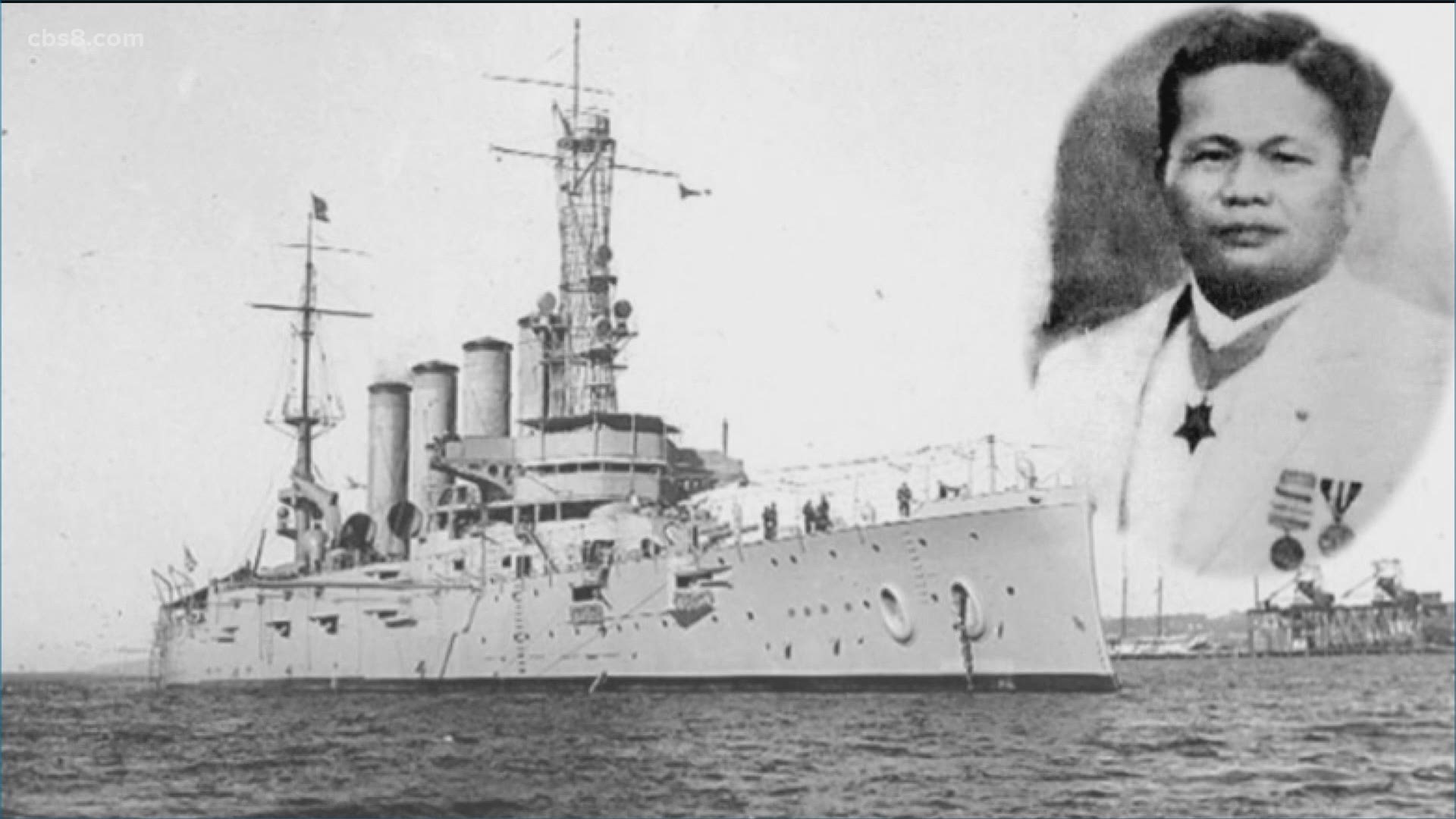 SAN DIEGO — As we continue to celebrate Asian American Pacific Islander month and Military Appreciation month, leaders in the AAPI community say it’s long overdue for a Filipino medal of honor recipient to have a Navy ship named after him.

News 8s LaMonica Peters tells us more about the sailor and his heroic efforts more than a century ago.

In 1915, nine sailors lost their lives during a blast aboard ship but Navy Fireman 2nd Class Telesforo de la Cruz Trinidad saved two others. Now there’s a push to have a warship bearing his name.

U.S. military publication Stars and Strips says Telesforo Trinidad was born in the Philippines in 1890 and in 1910, he joined the US Navy. Just five years later, he saved the lives of two fellow sailors during a boiler explosion aboard USS San Diego. Trinidad also severe suffered burns and soon after, was awarded the military’s highest honor.

Spokesperson for the Asian Pacific Islander Initiative JoAnn Fields says it’s a Navy tradition that a ship be named after a sailor who receives the medal of honor but that never happened for Trinidad. Now local leaders in San Diego, including Congressmember Juan Vargas, are working collectively to change that.

“He goes on to serve in WWI and WWII. So, he served in both World Wars. Now a person like that needs a ship named after him,” said Congressmember Juan Vargas, from the 51stDistrict.

Congressmember Scott Peters was also on hand to show his support for the effort as well as Port Commissioner Sandy Naranjo, who spoke passionately about the triumphs and challenges she says Filipino Americans have had to face.

“We don’t do enough to honor the service that fellow Filipinos have contributed to this country. Sometimes we neglectfully forget the intense bigotry they must have endured,” said Sandy Naranjo, Port Commissioner for National City.

Currently, there are three active, Navy ships named after Asian Americans and Pacific Islanders. A group of retired, Filipino military officers are also helping to lead this campaign to have a ship named after Trinidad.