The Chula Vista Police Department presented a report on the Automated License Plate Recognition system to the city council. 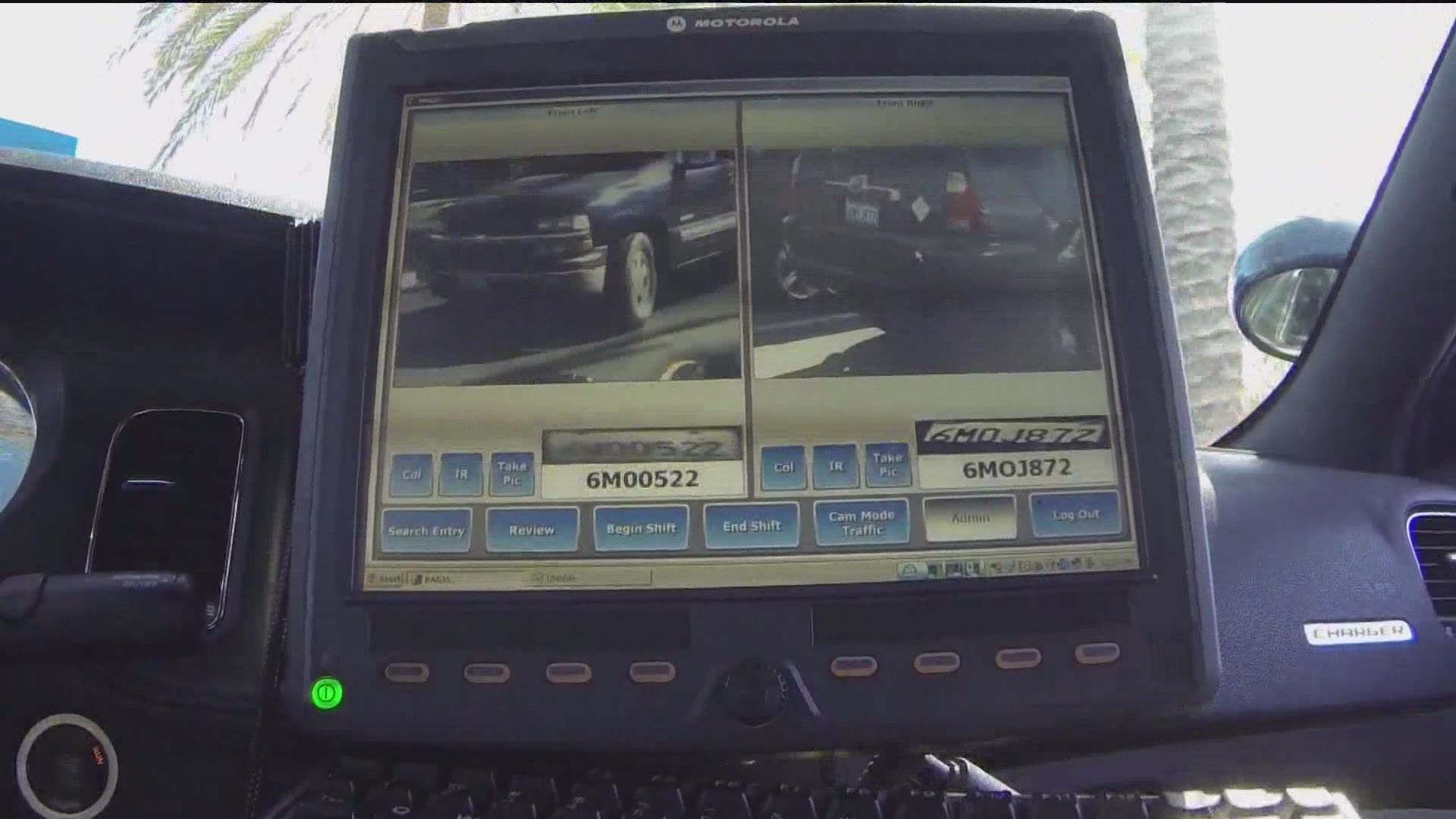 CHULA VISTA, Calif. — Local activists are calling on Chula Vista Police to suspend the use of its Automated License Plate Recognition program.

Police say it is an important crime-fighting tool, but immigration and privacy rights groups say there’s a lack of transparency with the program.

It is the first in at least three steps to address community concerns that call for an end to cameras, transparency, enactment of a usage and privacy ordinance to address all surveillance tech use and creation of a community oversight review board.

“People are outraged that their personal information is being automatically sent to over 100 law enforcement agencies including ICE and CBP,” Salvador Sarmiento, National Campaign Director for the National Day Laborer Organizing Network.

License plate readers have been around in Chula Vista since 2007 but immigration and privacy rights advocates say they have just recently learned about it and they want the surveillance to stop.

“Us community members have been asking for transparency and accountability and an end to this harmful program,” said Maggi Baker with South Bay People Power.

During Tuesday’s council meeting, the police department presented a 15-page report on its ALPR program. It says the council approved three cameras in 2007 and another one in 2011. CVPD said a federal grant was approved by the council which some of the money from would be used to buy more cameras for patrol cars, but they have not been purchased.

“Hearing concerns from our community that sharing data with ICE and Border Patrol did not echo the spirit of SB54 caused us to stop and re-evaluate,” said Chief Roxana Kennedy, Chula Vista Police Department.

License plate readers are used in police departments across the country and all over San Diego County. Under certain guidelines, laws allow the data to be shared with other law enforcement.

Police say it is a crimefighting tool including but not limited to locating cars of missing people, getaway vehicles in a crime, cross border human trafficking and locating a wanted person.

“The detectives have done such a great job at capturing the bad guys,” said Chula Vista Mayor Mary Casillas Salas.

Many councilmembers voiced their support for the intent behind the cameras but echoed community concerns.

The Chula Vista Police Department will hold its first community workshop on April 7.