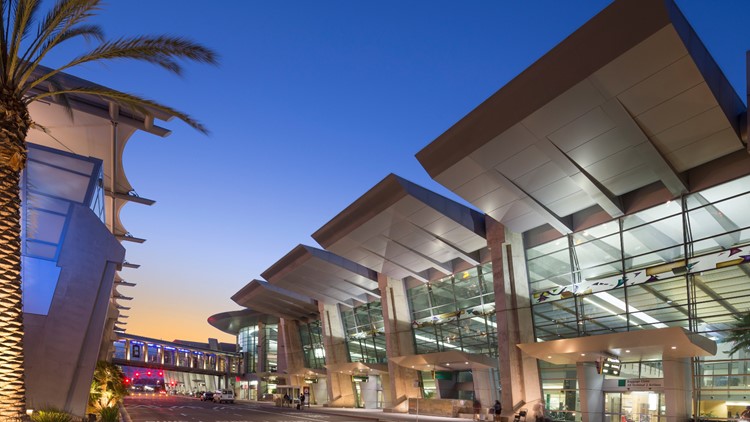 Officials are hoping to break ground on the terminal sometime next year, with the first phase of gates anticipated to open in 2024.

"Today, we took an important vote that will help ensure our airport can accommodate expected passenger growth well into the future and ensure our customers and their families are treated to a better airport experience than today's Terminal 1 can provide," said April Bolind, Airport Authority Board Chairman. "The plan will also ensure the airport can continue to function as an economic engine for the region for decades to come."

The new terminal is part of a redevelopment plan that includes roadway and transportation projects that airport officials say will ease access into San Diego International, including plans for an "all-electric shuttle fleet" set to launch later this year, which would carry riders to and from the Old Town Transit Center.

Airport officials say the new terminal and streamlined transportation to and from the airport will help accommodate a growing number of passengers, with around 25 million traveling through the airport last year.

The next steps for the project include federal environmental review and approval from the California Coastal Commission.