San Diego County has been ranked the highest for drunk drivers in California. Now, a technology to sensor your B.A.C could be mandated in new cars. 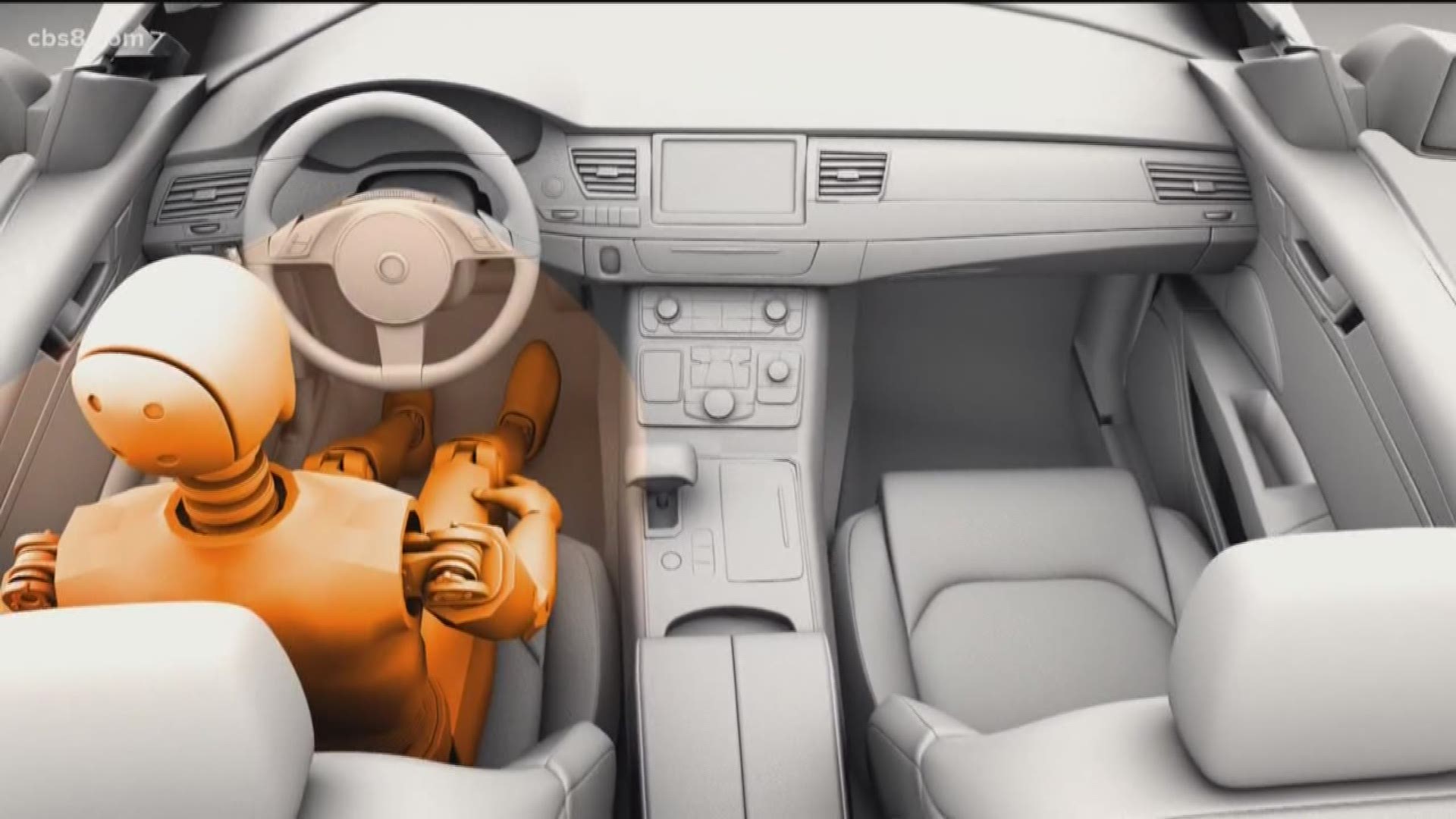 SAN DIEGO COUNTY, Calif. — The number of drunk driving cases prosecuted by the San Diego County District attorney has gone up by 144 since 2017.

The National Highway Traffic Safety Administration (NHTSA) reported that every 50 minutes someone is killed in a drunk driving crash in the country, but new technology that could potentially be installed in new cars by 2024 would help keep drunks drivers off the roads.

The San Diego County District Attorney’s office reported that fatal DUI’s accidents have declined from 25 in 2017 to 13 in 2019. Insurance company Quote Wizard ranked San Diego County with the highest rate of DUI drivers in the state of California.

Cristi Walker's cousin, Travis Burns, was killed by a drunk driver in 2014.

“I wasn't his girlfriend, his wife or his mom. I was his cousin. It affected me so deeply that I changed my entire life to spread his story,” said Walker.

She is the program coordinator at Mothers Against Drunk Driving (MADD), San Diego chapter.

“Technology is essentially the only way we can end drunk driving,” said Walker.

The technology Walker is referring to is the Driver Alcohol Detection System for Safety known as DADSS. It is overseen by the Automotive Coalition for Traffic Safety (ACTS), which began testing in 2008.

“If you were above [BAC] .08% the car would start but would not move,” said Robert Strassburger, CEO of ACTS.

“This is to develop data to ensure that the reliability and the accuracy of the sensors that we ultimately hope to put in cars and trucks as an optional feature," he said.

There are two sensors that DADSS is testing: a breath-based system and a touch-based technology.

DADDS said the system draws the driver’s exhaled breath into a sensor, which measures the concentrations of alcohol and carbon dioxide present. The known quantity of carbon dioxide in human breath serves as an indicator of the degree of dilution of the alcohol concentration in exhaled air.

The touch-based system analyzes alcohol found beneath the driver skin’s surface. Measurement begins by shining an infrared light on the driver’s skin, similar to a low power flashlight, which moves into the tissue. A portion of the light is reflected back to the skin’s surface, where it is collected by the touch pad. This light contains information on the skin’s unique chemical properties, including the concentration of alcohol.

DADSS said it will be a standard safety accessory added to your car. Although it not mandated now, both the Senate and Congress have introduced legislation to require alcohol detection sensors. The Senate is the RIDE Act of 2019 and in Congress is the HALT Drunk Driving Act.

"I actually have a couple of DUI's, and I think that it will help stop people from making that mistake and getting behind the wheel,” said Steph Legge, a San Diego driver.

Not all drivers like the idea that it feels like a police officer is at your door every time you start your car.

“Who else would want to do it as an option besides parents?” asked Jim McKechnie.

"It’s a safety thing, but I don't think people should have to pay for it,” said driver Will Rohling.

Still many question the accuracy of the device. DADSS said it’s doing extensive lab, human and field testing to make sure the reliable results are only read from the driver’s breath, not the passenger(s).

“We needed to convince consumers that this technology was highly accurate and very reliable,” said Strassburger.

Cristi Walker said the technology is the cure to drunk driving and saving lives.

“We are not one of those non-profits that just does not have a cure. We’re still searching. We have the answer and the answer is within people and the technology," she said.

The American Beverage Institute (ABI[AB1] ) has long fought this safety standard and released this statement:

“Drunk driving remains a problem in the U.S., but installing alcohol detection devices in all vehicles as standard equipment goes overboard and will not target the root of the problem. Under the current legal blood-alcohol content (BAC) limit of 0.08, most adults can legally enjoy a drink prior to driving. But under the RIDE Act, alcohol detection devices will be set at a much lower level in order to avoid liability. It takes time for alcohol to fully affect the body, so it’s easy to imagine a scenario where someone starts a car below the legal limit, but over the course of driving, their BAC surpasses the 0.08 threshold. Therefore, alcohol detectors will likely be programed to register and react to BACs as low as 0.02 or 0.03 BAC.

We all want to save lives, but criminals should be the ones left stranded without a ride home, not responsible consumers who’ve had a drink with dinner.” - Jackson Shedelbower, Communications Director, American Beverage Institute.

News 8 reached out to local members of Congress in San Diego County.

“Too many lives are lost as a result of drunk driving. We should be looking at innovative ways to make our roads safer. I think we can do this to save lives with the protection of civil liberties in mind."