An attorney representing two of the victims said stories of abuse date back to the 1980s and there are potentially dozens of victims. 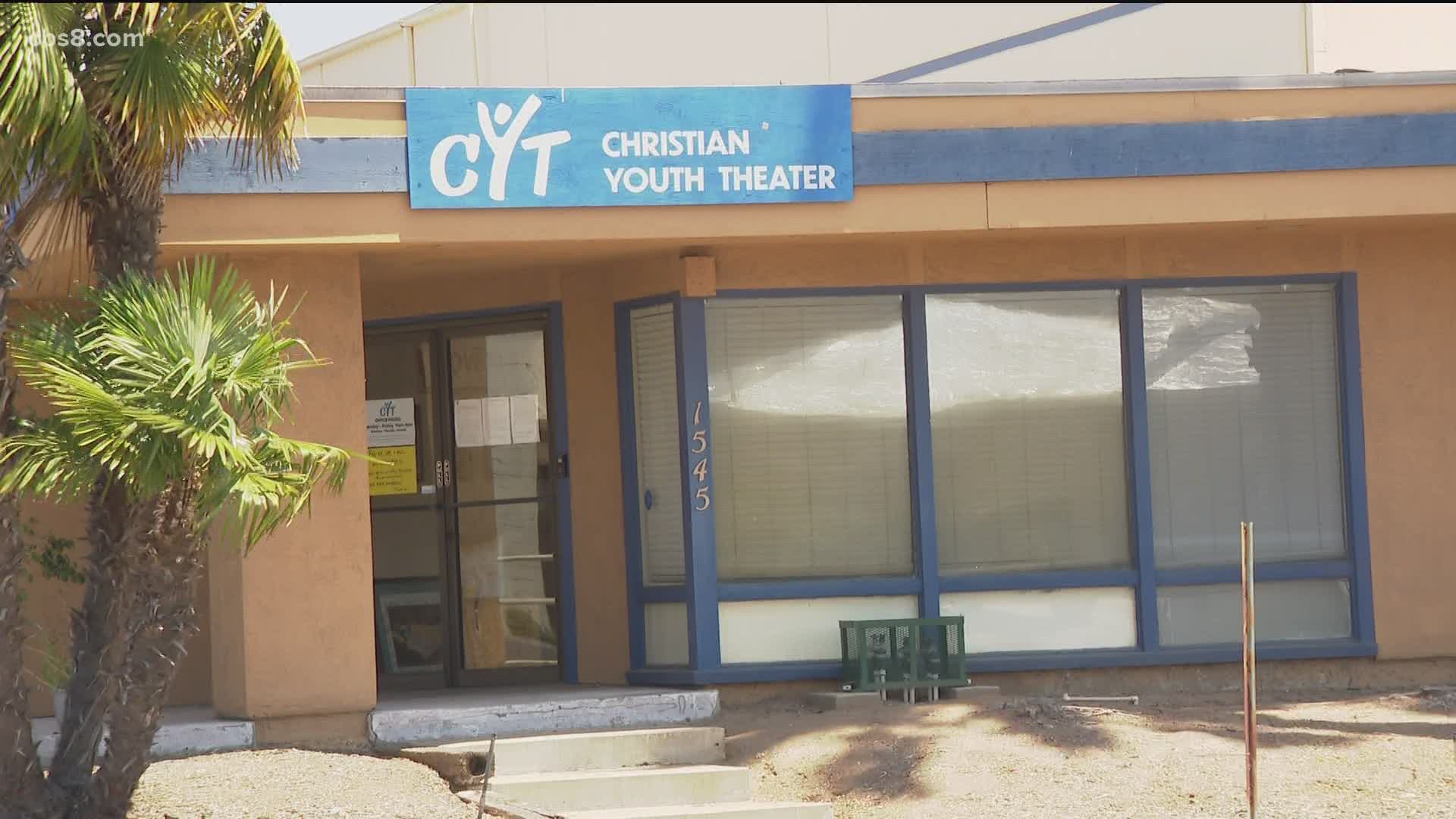 News 8 is choosing not to name the victims at this point, but several men and women have come forward online saying they were sexually abused as children while attending Christian Youth Theater, based in El Cajon.

An attorney representing two of the victims said stories of abuse date back to the 1980s and there are potentially dozens of victims.

Attorney Jessica Pride represents two women who said when they were students at Christian Youth Theater they were both molested and harassed by their teachers.

"There are multiple perpetrators and numerous victims," Pride said.

“In both of these cases, the teachers made comments to them about how they were developing, and how they liked the way they looked in a certain dress or how they’d like them to wear certain panties," Pride said.

She said CYT management knew about the abuse, yet did nothing. She also claimed they moved teachers around instead of firing them, never addressing claims head-on.

“It's a culture that protected the perpetrator instead of protecting the student," said Pride.

CYT is a youth theater company that’s been around for 40 years with branches all over the country.

Since allegations emerged, more and more people have come forward, posting their experiences on Facebook, including a close relative of the owner, who said he too was abused.

In a statement, the owner said in part:

“We are deeply saddened to learn about the statements that have recently been made on social media involving former CYT students, and we want you to know that we take these allegations very seriously.

We have been working tirelessly on these issues with the authorities, outside consultants, staff, and the board of directors since they were brought to our attention.”

“This statement felt like another dismissal or denial of their trauma," said Gant.

She is also a former CYT student and teacher.

"I never experienced any abuse, but I did witness and hear rumors of things," Gant said.

Both she and Pride said the abuse wasn’t just sexual, there was a culture of bias and bullying at CYT.

Both are now fighting for justice.

They’re also working to ensure victims have the resources they need.

"Looking back, I did see a lot of evidence of grooming," San Diegan Landen Baldwin told News 8.

Baldwin, now 26 years old, was 10 when he began as a student at Christian Youth Theater, and eventually went on to become a teacher there for the last several years, until he recently quit.

"The company bills itself as 'awkwardly closer than family,'" said Baldwin.

Baldwin, who is not among these alleged victims, added that he believes these allegations of harassment and abuse that are now surfacing online.

"Everyone is grappling with this sense, at the very least, of betrayal and of trust that was misplaced," Baldwin said. "I think hurt is the biggest emotion being felt right now."

Baldwin also said that the culture of CYT, which in his view included racism, homophobia, bias and bullying, allowed this alleged abuse to occur.

"It is a very easy breeding ground for predators to find targets," he told News 8.

Baldwin said he finds the school's reaction to these recent allegations "disingenuous."

"They are dealing with some issues that had been brought up before," he said, adding, "I'd like to see specific code of conduct and consequences against these things."

At this point, the allegations do not involve any current teachers or students. News 8 has confirmed San Diego Police is investigating. A lawsuit is likely to follow.

CYT's owner told News 8 she plans to hold a news conference in the coming days.