San Diego police said the attack is being investigated as a hate crime along with misdemeanor battery. 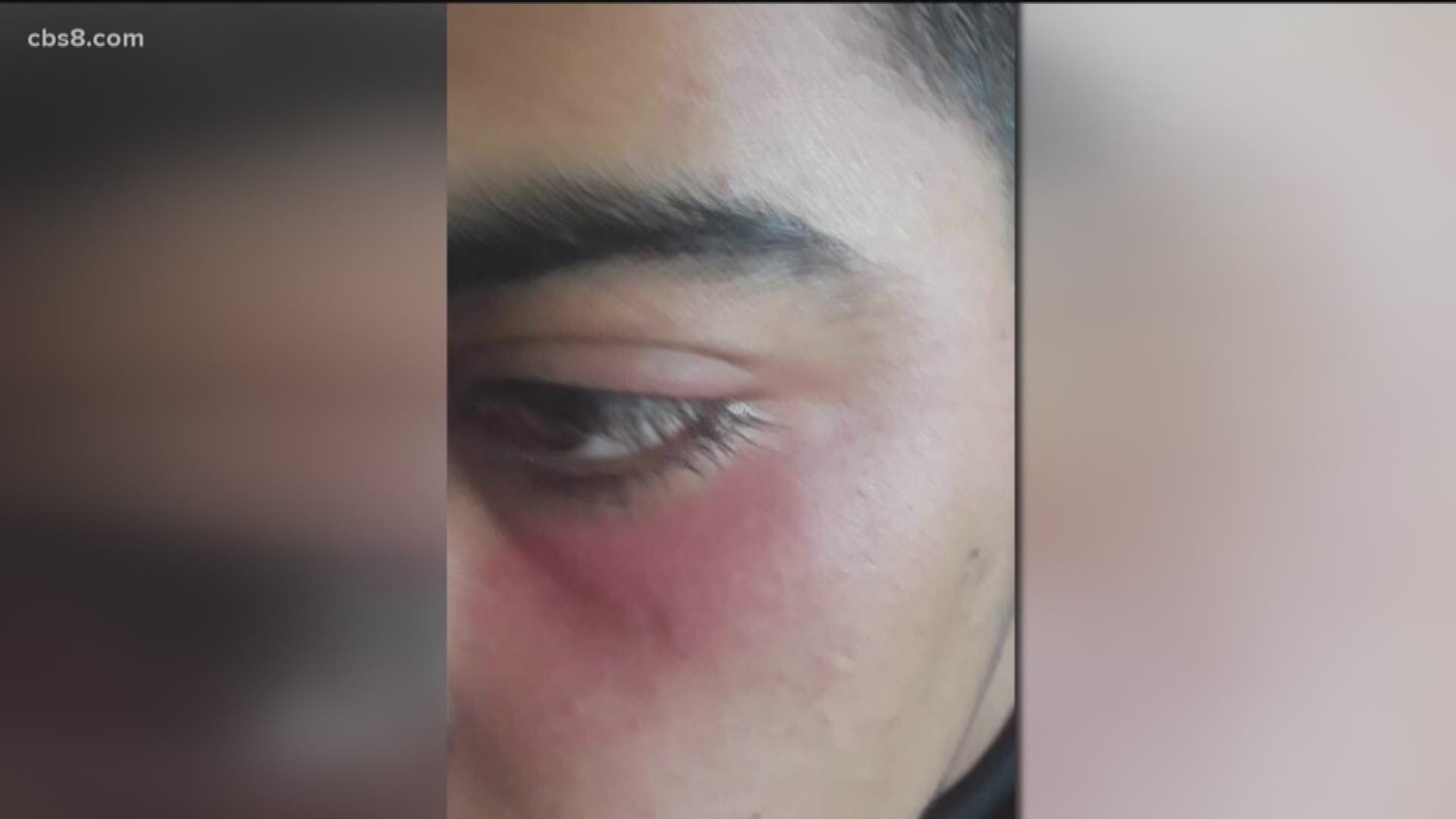 SAN DIEGO — A San Diego Syrian teenager on Tuesday afternoon was FaceTiming with a friend when a man allegedly attacked him on the MTS Orange trolley line near Encanto because of his ethnicity.

The 17-year-old’s attorney on Wednesday released a partial image – in order to protect the identity of the teenager – in which an injury is visible under his eye.

“This gentleman came up to him and asked him, ‘where are you from? Are you Mexican?’ he said ‘no, I am Arab.’ The guy started to pummel him all over the face with closed fists. He was cursing. He was saying derogatory language towards him and anti-Arabic remarks,” said attorney Geneviève Jones-Wright.

Jones-Wright, who works with the Advancement of New Americans (PANA), a non-profit that advocates for inclusion of refugees, said the teenager, following the attack, went home and through PANA reported the attack to San Diego police.

The Council for American-Islamic Relations’ annual report found that bullying and discrimination against Muslim children in California is at 40% - double the statistics nationwide for students.

“He doesn't understand why no one intervened. He remembers people standing around watching and no one said a word during this unprovoked attack on a child,” said Jones-Wright.

San Diego police said the attack is being investigated as a hate crime along with misdemeanor battery. Police will be reviewing surveillance video.

“It is concerning for us, and that is why we had an officer go out and take a crime report first thing this morning,” said Lt. Shawn Tackeuchi.

Advocates for refugees said they will stand against hate and hope for restorative justice.

According to MTS, there are nine cameras on each trolley. The video from the incident has not been released.

The teenager described the male suspect as wearing a grey shirt and black shorts with a goatee. The suspect got off at the 62nd and Encanto stop.