Anderson talks about his show, his mom and San Diego 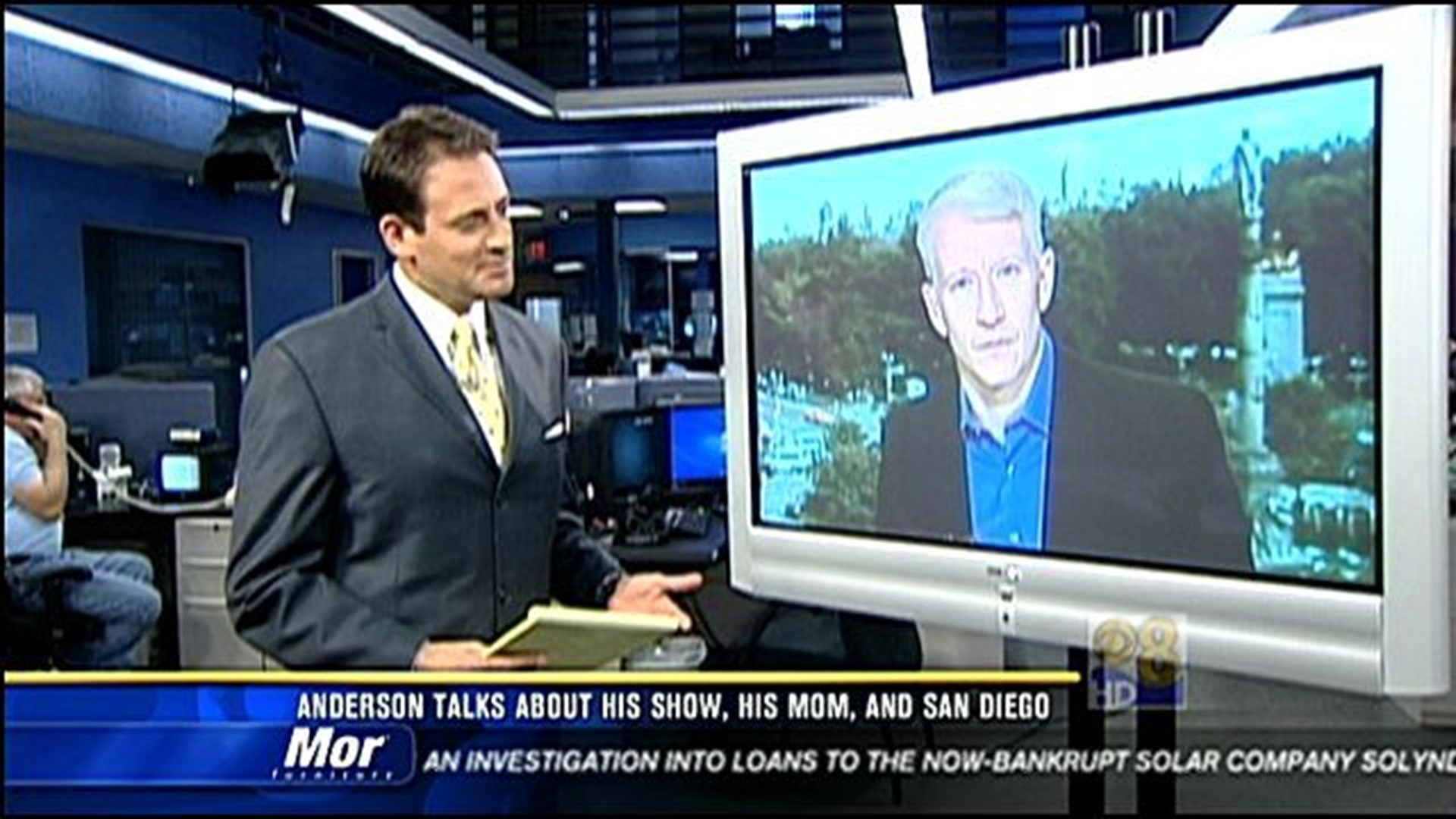 SAN DIEGO (CBS 8) - He's a Yale grad, a national news correspondent and the primary anchor of his own program on CNN. Anderson Cooper recently added daytime talk show host to his resume. So far the show's making a big splash in San Diego. He talked to News 8 about his new day job, his famous mother and his soft spot for America's Finest City.

Since "Anderson" launched in September, the show has been resonating with a San Diego audience that's hungry for a little journalistic rigor in daytime TV. So far it seems the program has just the right mix of headlines and people on the frontlines without crossing the line.

"You know we wanted to show that's fun and entertaining at the same time, and informative. We feel like we're doing that. Everyday we want our viewers to feel like they've got some information they can use in their own life, and they've laughed.and felt different emotions," he said.

If you like what you see so far, the formula for the program isn't likely to change. Expect more flashes of humor and likability, while Anderson also tackles more serious subjects like his brother's suicide. Also, expect to see more of Anderson's mom Gloria Vanderbilt.

Anderson says it hasn't been easy going from serious newsman at night to the man trying to fill Oprah's shoes by day. While Anderson's footprint is nowhere near the size of the Queen of Talk, it is growing. In the meantime, the man who seems to be everywhere on TV says don't be surprised if you see him in San Diego catching some R&R.

"I love San Diego. I used to come down there all through college. used to row at the Mission Bay crew classic," he said. "Any chance I get to come to San Diego, I'm taking it."

If you need another reason to watch, Anderson is challenging families to commit to eating at least one meal a week together at the dinner table. It's part of a contest, and if you win Anderson will appear at the winner's house for dinner and also feature that family on his show.