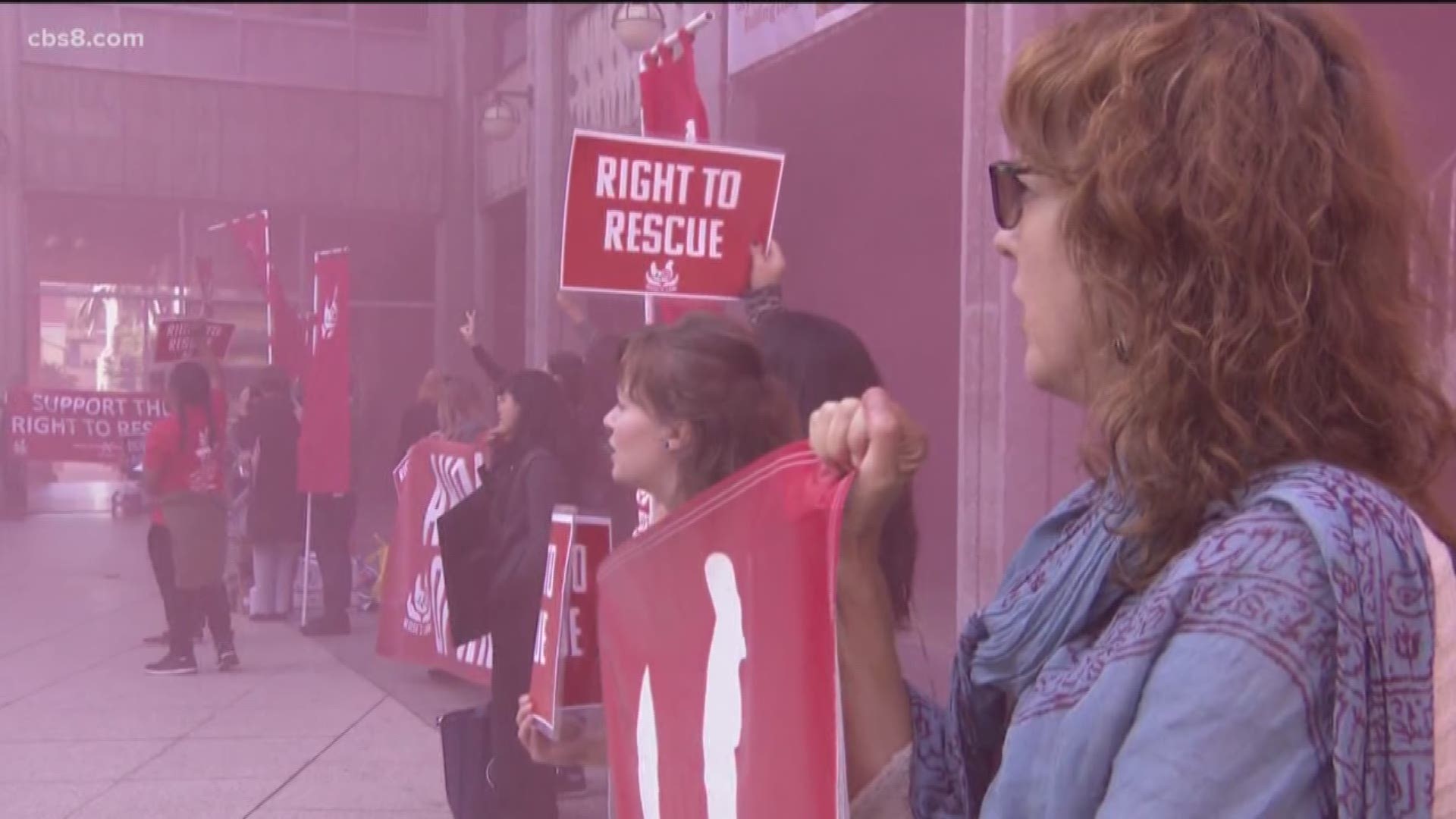 SAN DIEGO — Four women who chained themselves to concrete blocks at the entrance to City Hall downtown, demanding “Animal Bill of Rights,” were arrested peacefully and later released Friday, according to the San Diego Police Department.

Jail staff released the four women from custody around 8:30 p.m. on Friday. They're facing misdemeanor charges, such as resisting arrest and blocking access to a sidewalk.

San Diego Police used bolt cutters to remove activists with the grassroots animal rights network Direct Action Everywhere (DxE) after they chained themselves in front of San Diego City Hall downtown by their necks to the building Friday morning, refusing to leave in order to bring awareness around an Animal Bill of Rights. 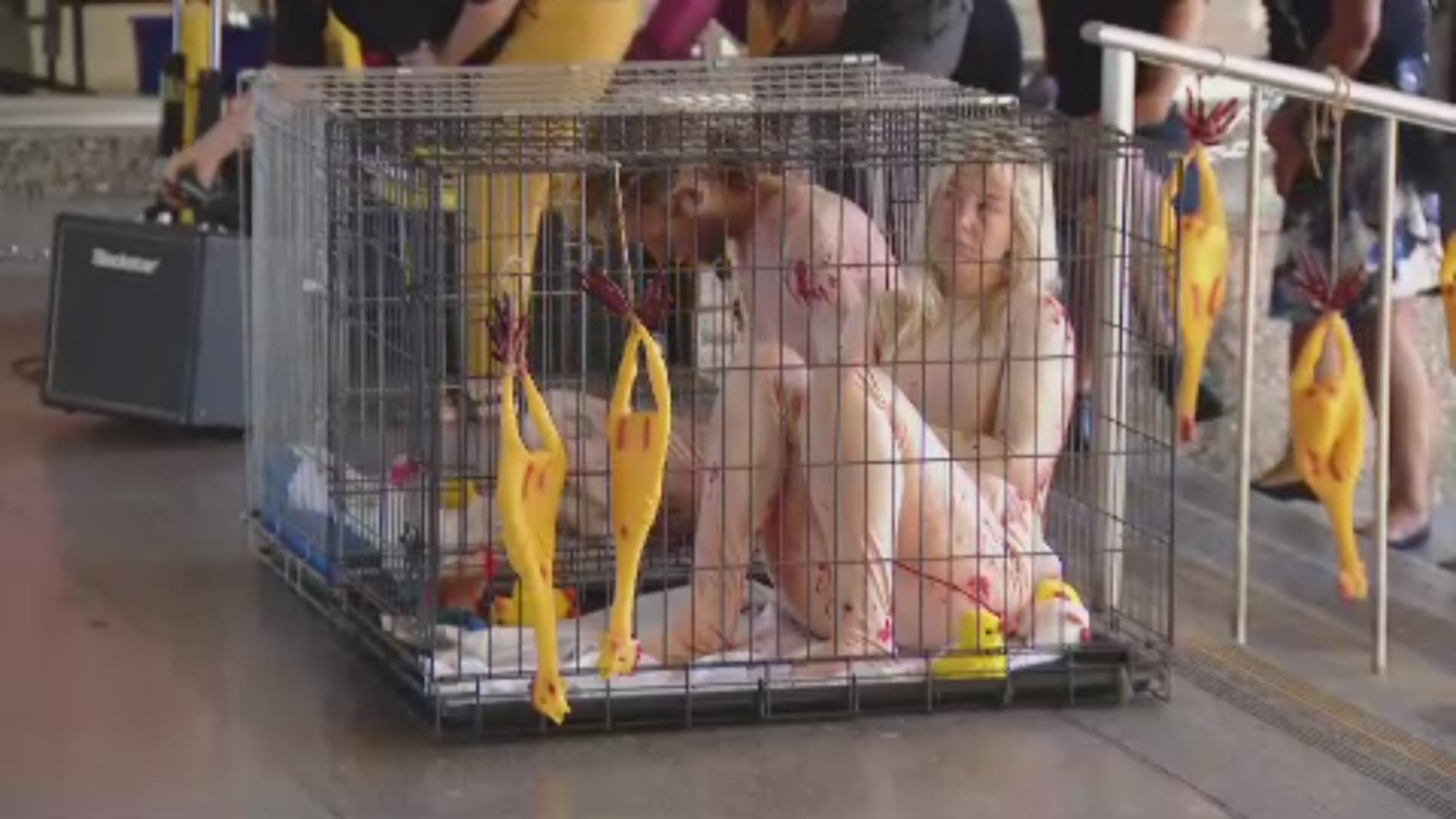 The activists say countless emails, letters and phone calls have been made to San Diego politicians, but they continue to ignore their constituents.

DxE chapters around the world are mobilizing as part of a “Global Lockdown for Animal Rights.” Thousands are expected to take action, with hundreds of civil disobedience arrests at government buildings, farms and other locations worldwide. They’re demanding citizens’ “Right to Rescue” sick and injured animals -- and animals’ right to be rescued from exploitative situations.

The global lockdowns correlate with the one-year anniversary of the rescue of a chicken named Rose from a Petaluma, California factory farm.

“Our politicians are abusing our legal system, targeting the very whistleblowing activity they ought to be fighting to protect,” said DxE co-founder and former law professor Wayne Hsiung.