Staff says the girls speak a dialect that's different from the Spanish spoken in San Diego and it’s been a little difficult to communicate with them verbally. 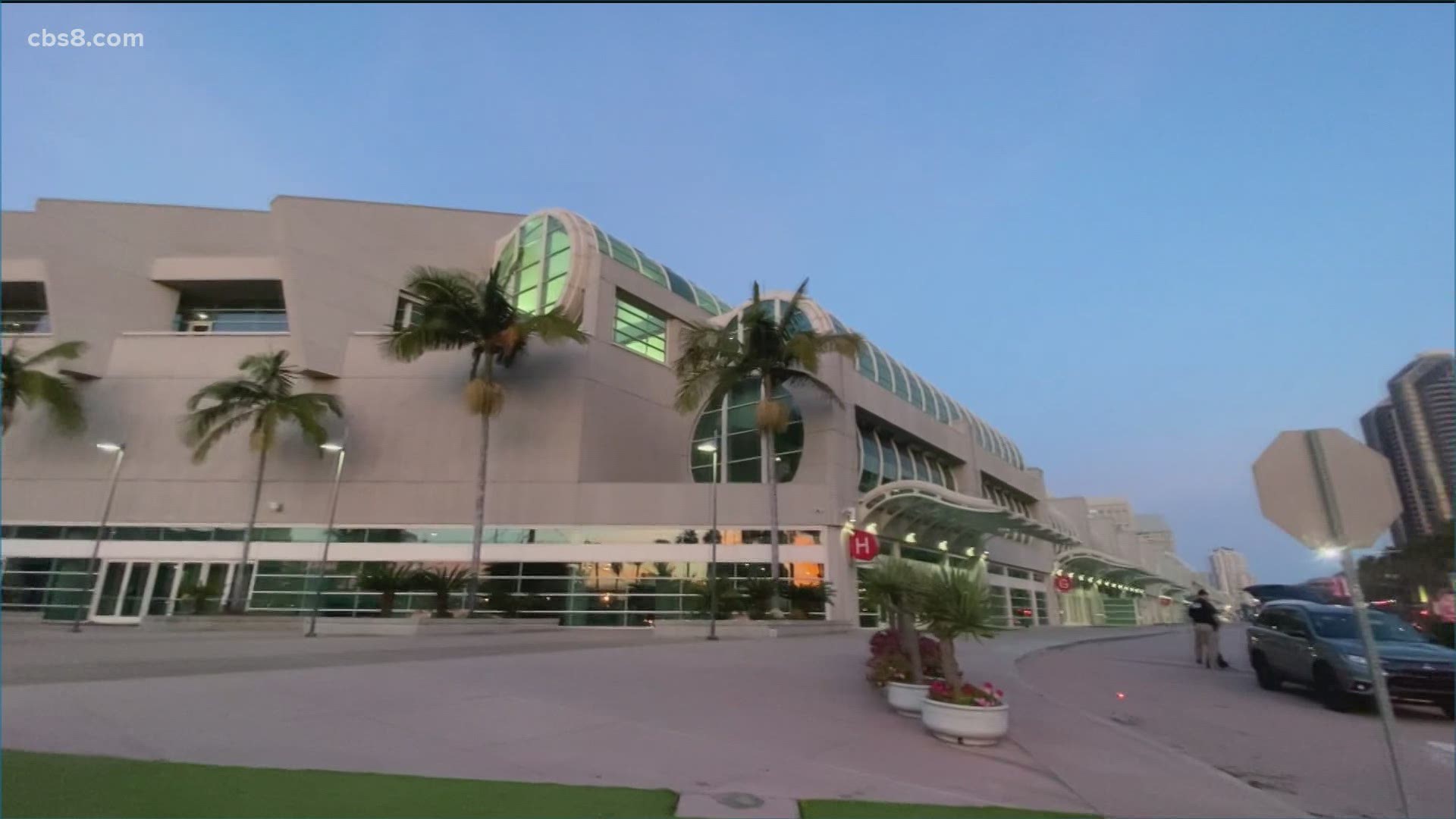 SAN DIEGO — Hundreds of migrant girls who arrived at the San Diego Convention Center over the weekend are adjusting to their temporary home. The agencies working with the girls are at the Center around the clock to make sure they get settled in and are safe. Another 250 unaccompanied minors are expected to arrive Monday.

News 8 was told that the girls were tired and anxious as they arrived at the convention center. Now they’re trying to adjust to their new environment as the agencies try to create some sense of security for them.

Staff members began providing care for hundreds of migrant girls at the convention center Saturday night. They say because the girls speak a dialect that is different from the Spanish spoken in San Diego, and it’s been a little difficult to communicate with them verbally.

“A lot of the girls were holding each other’s hands as they were being processed and brought in. So a lot of comfort, a lot of kindness, a lot of smiles being shared amongst staff and the girls but not a whole lot of verbal,” said Larissa Tabin, with SBCS, formerly known as South Bay Community Services.

Tabin says several agencies are working together and have also made plans to make sure that the girls are not in any danger of abuse.

“We’re abiding by specific ratios and there’s always a line of sight with the girls among multiple staff people. So that’s the way we’re handling the safety and logistical issues to protect against any wrong-doing against them,” Tabin said.

All staff members have had background checks and everyone including the girls have been tested for COVID-19. Tabin says it was a bit chaotic when the girls first arrived but the next day their planning began to fall into place.

“We have nearly 500 girls now and we will ramp up our staffing as the numbers approach that capacity. But I can tell you it’s a huge undertaking. There’s so many different organizations and agencies, federal, state, local, all working together to make sure that they girls are safe and that they’re receiving the services that they need,” Tabin said.

San Diego Mayor Todd Gloria sent out this tweet Sunday about the staff, saying in part: ‘They’ve worked nonstop since U.S. Health and Human Services called for help 8 days ago. I couldn’t be prouder of these hard-working professionals.’

The convention center can hold about 1,400 girls in total and they’re expecting another 250 girls to arrive on Monday.

WATCH: The 1st night at the Convention Center for hundreds of migrant girls