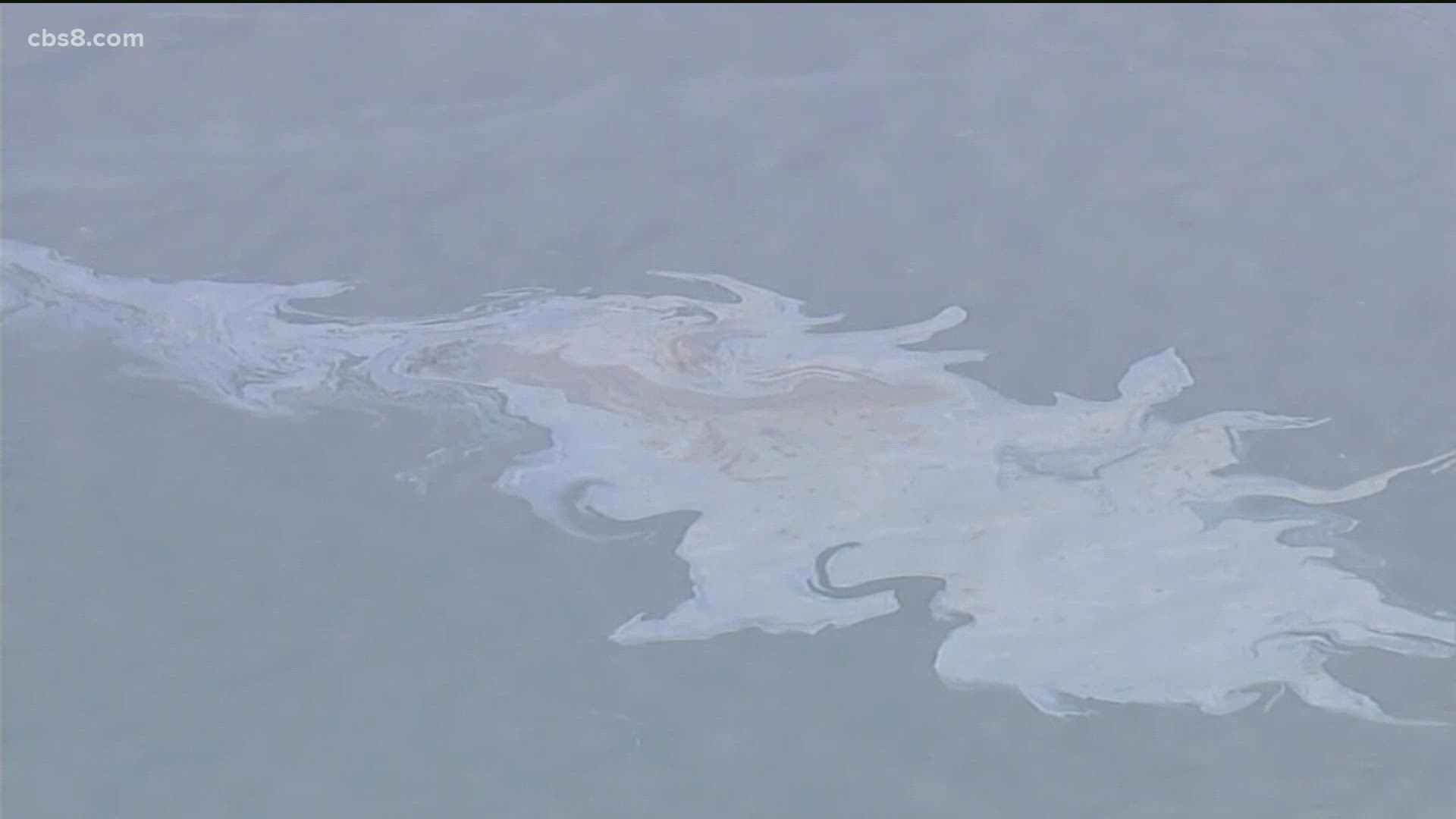 County officials have already placed boom barriers in some bodies of water and are asking for more. Crews are working to find out if tar balls washing ashore on San Diego beaches are from natural leaks or the Orange County spill.

Steve Hamann walks Mission Beach every morning but this week, he found something a little off.

"They're all a big glob at this particular point in time but they started appearing in the sand," said Hamann. "I originally started taking pictures of them along the sand and then took a picture of the apartments to show the distance and how relative but then there were so many of them."

Hamann says tar balls aren't uncommon along the beach because they occur naturally and just bubble up from the bottom of the ocean. He also says this many right after an oil spill is cause for concern.

"You see the tourists and kids playing in the sand and you know that stuff is nasty and toxic," said Hamann. "I thought, 'Gosh, I think in an hour or two there would be some guys in a white hazmat suits walking up and down doing what I was doing and picking stuff up. But I don't see anything like that.'"

Cathy Ives with Don’t Trash Mission Beach comes out every morning before dawn to pick up trash along Mission Beach and says this is a problem.

"When I first started noticing the tar coming up a couple of weeks ago, I said, 'Hmmm. It's leaking again. It's seeping again.'"

Ives said she noticed the tar balls more and more since before the oil spill was reported but says some tar balls are normal. This time though, Ives says something is off.

"When they talked about the oil spill, I said, 'That's where it's coming from. It's making it's way down here.'"

Right now, Robinson says 500-feet of their absorbent boom is being used in Oceanside Harbor.

"This is all plastic inside here. This is our lava rock fiber. Our absorbents have a natural filler inside so its volcanic rock fiber. This actually absorb three times faster than your natural absorbent," said Robinson. "Only the outer shell is plastic. But the inside is all natural. It's one of the most abundant minerals on earth. We like to think of it like we can use nature to clean up nature."

“There is no oil. There are tarballs on the sand. They may or may not be from the pipeline incident. The lifeguard chief checked the sand from south mission to PB and found nothing until he saw Ginny. The existence of tar on the beach is not uncommon. If lifeguards all along the coast (even in other cities) see anything of concern they will notify the appropriate agencies and take the appropriate action.”

Until the county gets confirmation that the tar balls are connected to the oil spill, San Diego county beaches will remain open.

Solana beach and Del Mar beach are both reporting tar balls and say the beaches are open but advise beachgoers to use caution. 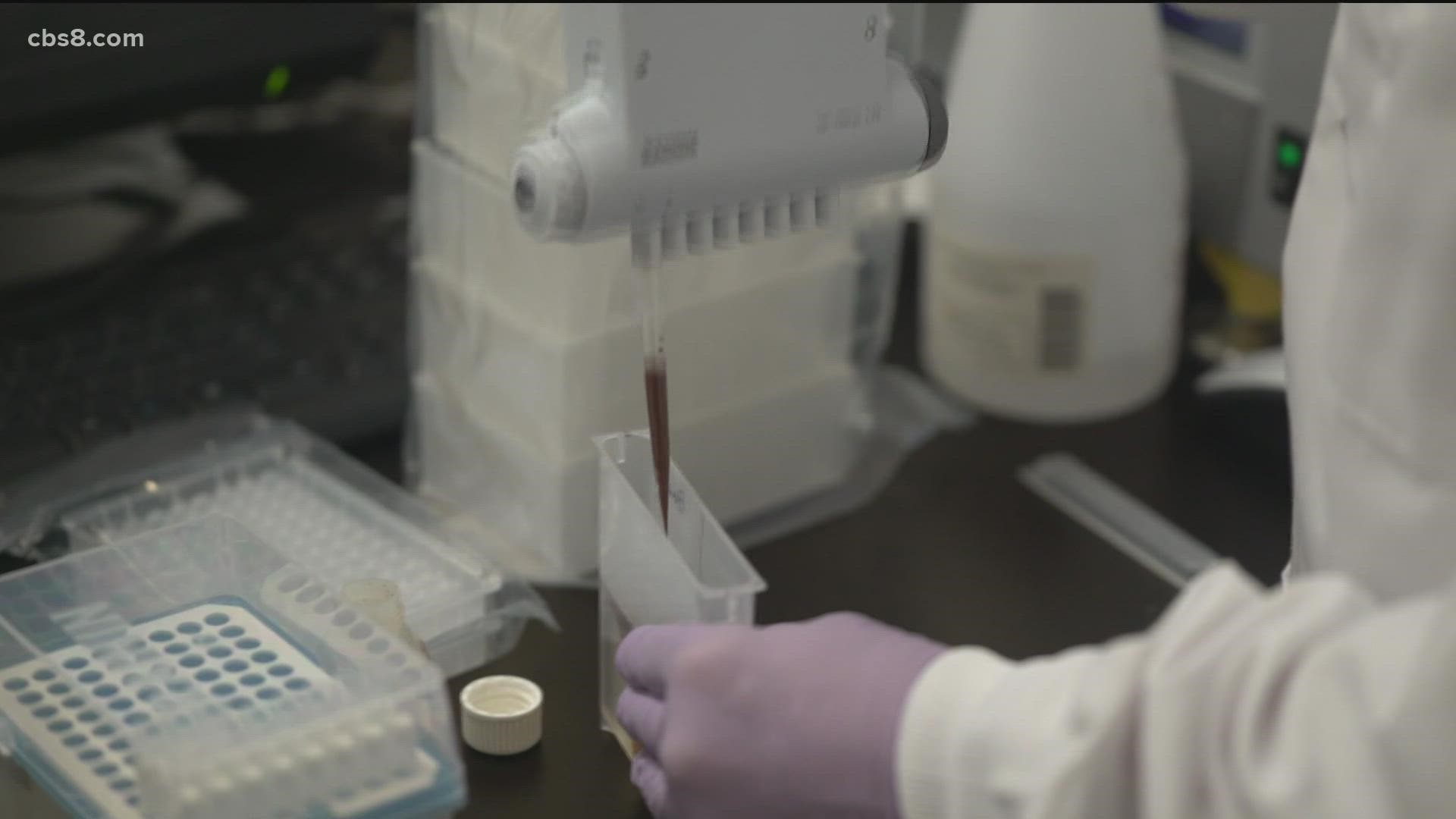