Artists, community come to together to help La Mesa businesses 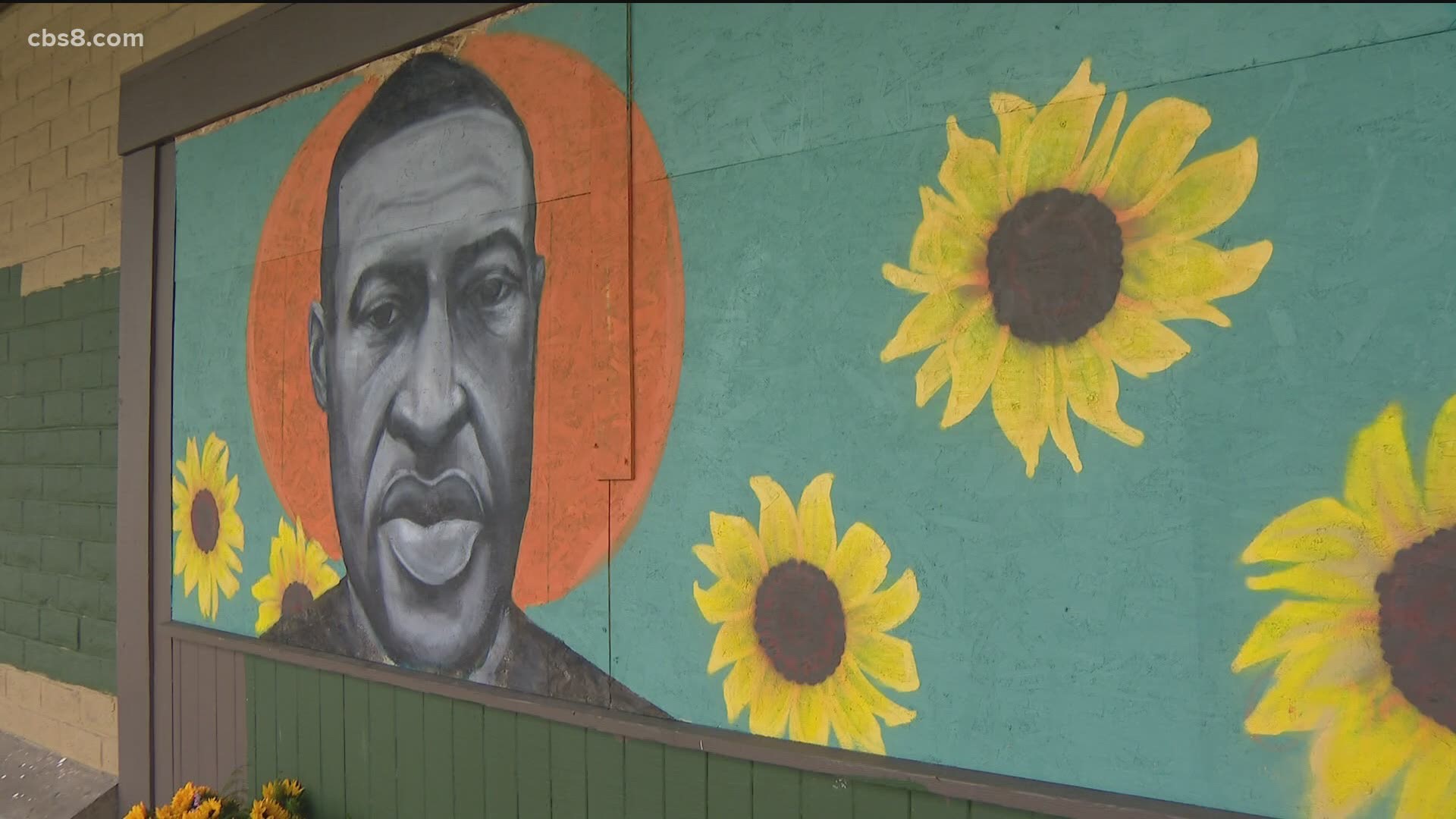 LA MESA, Calif. — Several local artists are hoping to paint a better picture of La Mesa after some protestors there turned violent over the weekend, smashing store windows and looting businesses.

“I hope that it lifts spirits,” said Spenser Little.

The East County resident reached out to fellow painters and sculptors to create murals on the large bare pieces of plywood that are covering broken windows.

“We don’t want people walking by and just thinking about violence,” Little said. “Now it’s a little bit of an emotional band-aid for some, I hope.”

Murals in La Mesa after destruction

1 / 16
KFMB
"Make something prettier to look at than plywood and also keep in mind what these protests were about - these protests are about human oppression," artist Spencer Little said.

Little was there over the weekend when the peaceful protest turned violent and eventually spilled out into the neighboring streets.

“I tried to deescalate these children, but the rage in these kids' eyes - of all this oppression  - this unaddressed oppression - was unstoppable," he said.

Little doesn't condone the violence, but understands its roots and, at the same time, he feels terrible for the mom and pop stores that didn't deserve this damage.

“My heart really goes out to these local businesses that are already hit so hard by quarantine," he said.

After seeing the damage, Little, an artist by trade, had a stroke a genius: Get his network of creative friends together to paint positive images on the wood going up to cover smashed windows.

“Just uplift spirits, revitalize the storefronts, make something prettier to look at than plywood and also keep in mind what these protests were about - these protests are about human oppression," Little said.

Everyone there is volunteering their time and talent and the outpouring of support for these businesses definitely isn't a surprise.

Wilson’s organization started a GoFundMe page to help the affected businesses. The goal was to raise $50,000 - by Tuesday, they had already nearly tripled that amount. The chamber plans to work with local businesses to see who needs what.

“We want to get all the information from the community out here in La Mesa to know what is the best and most strategic way to help as many businesses as possible get back on their feet," Wilson said.

The GoFundMe money won't be available until the end of the month so the boards covering windows could be up for a while.