“Just hearing people say, ‘I hear you, I empathize and I understand where you are coming from. You are not alone,’ it makes you feel stronger,” said Meliina Cheng. 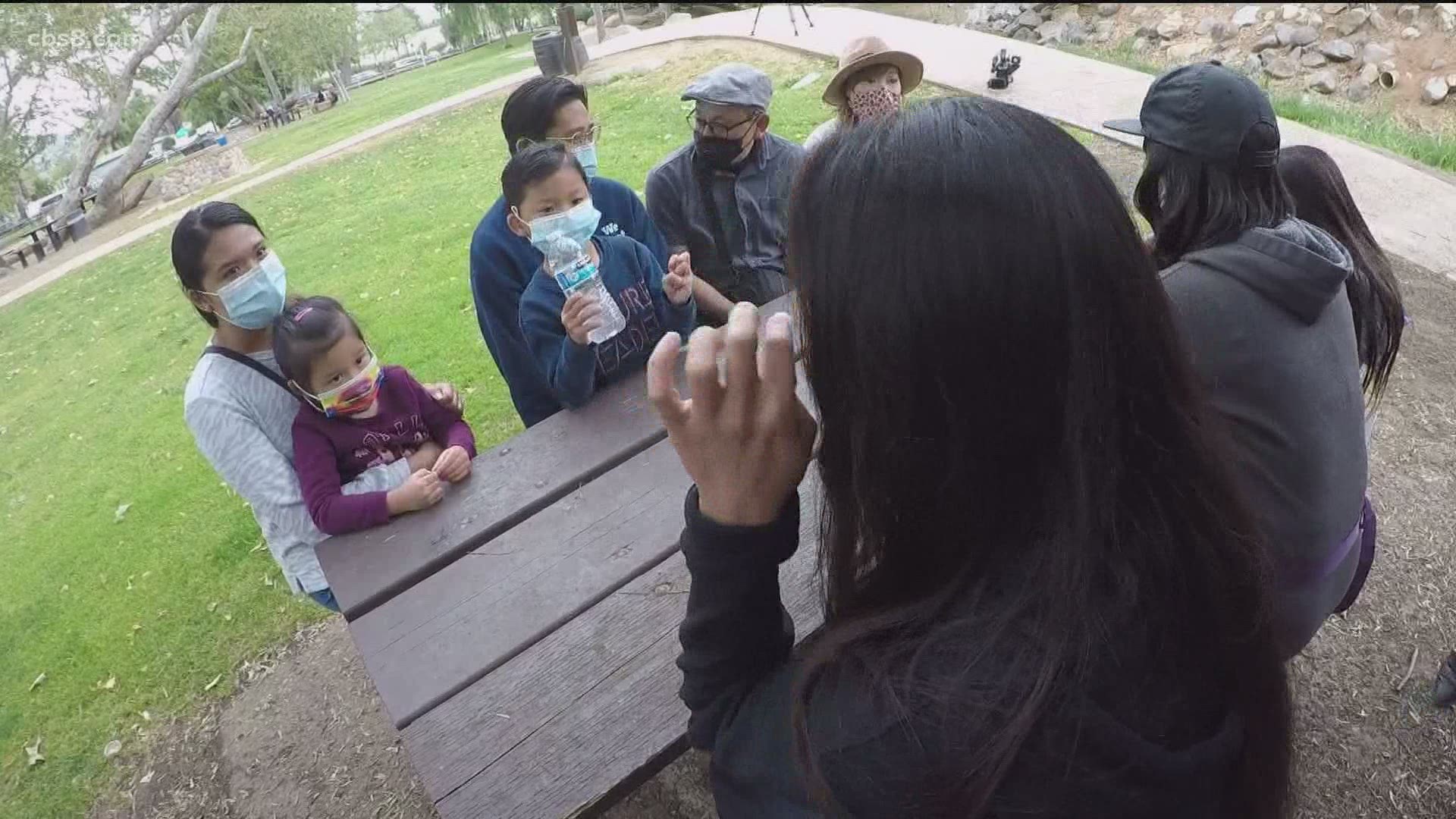 SAN DIEGO — A group of Asian mothers is expanding its sisterhood in San Diego.

The rise in attacks against the AAPI community has led to increased membership for the Asian Moms San Diego Facebook page.

“It's nice to have a safe place for us to share our information and asking for advice without being judged,” said Viva Kwan-Nguyen, Asian Moms San Diego Facebook founder.

The mother of two started Asian Moms San Diego in 2017 to share mom stuff and cultural roots but what began as a social platform has transformed into a place of support.

With the recent attacks on Asian Americans, membership has soared to more than 600 and counting.

“We are afraid to do regular, normal things like go shopping, grocery shopping. We are Americans. We have lived here for a long time. We shouldn't have a fear to go out,” said Kwan-Nguyen.

Meliina Cheng has two young kids. She said she’s a part of many different mom groups but Asian Moms San Diego is her safe space, a place she can turn to without fear of judgment, discrimination or racism.

“Just hearing people say, ‘I hear you, I empathize and I understand where you are coming from. You are not alone,’ it makes you feel stronger,” said Cheng.

She spoke of her experiences facing racism while her son was on the playground and in a local coffee shop from a customer and his child.

“As they were walking out he said, 'We don't want to be like those people.' When that happens to you, you don't know how to react, you don't know what to say in that moment but I remember going back to work and I cried,” said Cheng.

She’s reached out to other moms in the group for advice on how to talk to her kids about racism.

“I really try my best and put emphasis and explain it to my kids that we look different but internally we are just human,” said Cheng.

Mothers join the group every day -  AAPI mothers, mothers with biracial children. Introducing themselves and sharing resources from Mandarin-speaking daycares to recommendations for a Japanese-American optometrist.

Moms asking for recommendations for authentic Asian cuisine, some also offer their services such as swim lessons and self-defense classes.

Raquel Cusi, a mother of five owns Stronghold Brazilian Jiu Jitsu in Point Loma and said there is a growing interest in self-defense classes.

“I think it's not only important for the mom to learn but definitely the kids,” said Cusi.

Asian mothers are arming themselves with survival skills to fight back if necessary.

Stop AAPI reports from March 2020 to February 2021 there have been 3,795 incidents nationwide.

In San Diego County, Pacific Arts Movements says Stop AAPI reports from March 2020 to December 2020 there were 42 incidents of Asian hate reported. In 57% of those cases, it involved verbal harassment or name-calling and a majority reporting were in their 30s.

“It's time for us to say something,” said Kwan-Nguyen.

Viva knows there is fear of speaking up, which means countless cases go unreported but she believes the Asian Moms group is giving women a voice.

“If we can have this support from the community in general to prevent this violence,” said Kwan-Nguyen. “Hopefully all together we can combat this and end this."

If you are a victim or witness Asian hate, you are encouraged to speak up and report it to police and to Stop AAPI.