It comes with multiple crowds gathering in different parts of the city. 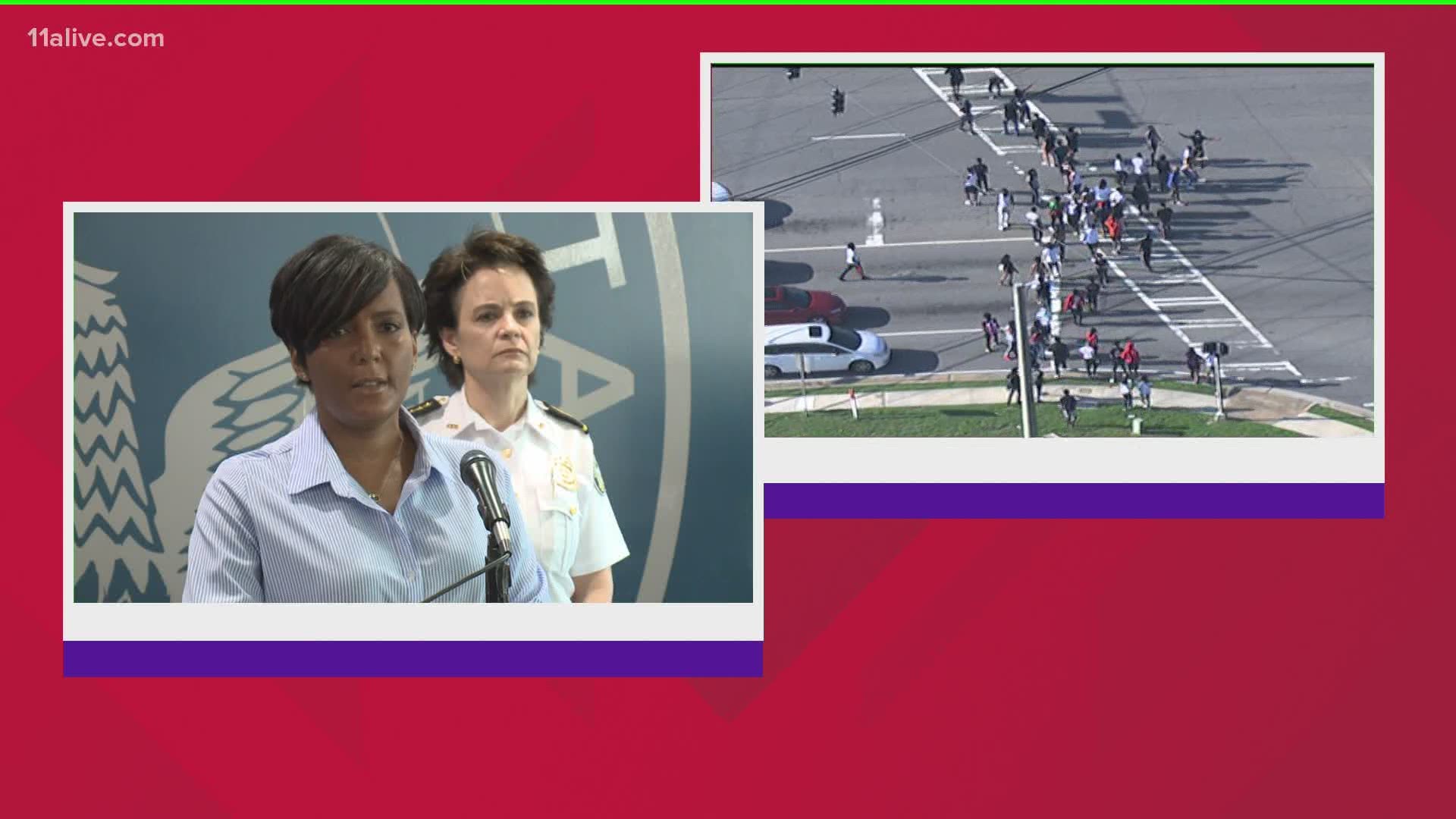 ATLANTA — Atlanta Mayor Keisha Lance Bottoms instituted a 9 p.m. curfew for Saturday night, in anticipation of a possible second night of unrest in the city.

With crowds beginning to gather downtown at the Martin Luther King, Jr. memorial site, at the CNN Center and at the governor's mansion, the city tweeted that the curfew would be put in place "as a result of the recent acts of violence demonstrated throughout the city" last night.

"They didn’t know where State Capitol was located. They were here to destroy Atlanta," Shields said.

The Georgia National Guard was deployed last night to restore order after unrest flared through the night, resulting in destruction at the CNN Center and its surrounding area, as well as at Lenox Square and Phipps Plaza in Buckhead.

Saturday afternoon, Gov. Brian Kemp said he signed an order to authorize the deployment of up to 1,500 National Guard troops in Atlanta "to maintain order and address hotspots of illegal activity."

Atlanta Police also addressed the potential for a second night of protests in a statement.

"The Atlanta Police Department is monitoring protest activity throughout the city today and is prepared to make arrests for any criminal acts, following destructive activities on Friday night that stretched into early Saturday," the statement said. "APD officers, assisted by about 20 local, state and federal agencies, are prepared to monitor activity and protect vulnerable business districts and retail centers, including Atlantic Station, Camp Creek Marketplace, Greenbriar Mall, Lenox Square, Phipps Plaza, Ponce City Market, The Mall West End and others. APD is working collaboratively with those agencies to coordinate security and assure public safety throughout the city."

MORE ON THE ATLANTA PROTESTS

'This is chaos': How a peaceful protest gave way to a night of fury, from start to finish

Bottoms: 'What we saw overnight was not a protest, and it was not Atlanta.'