Maria De La Luz Diaz, 67 of Riverside, and Julia Perez Cornejo, 73 of Pasadena, were pronounced dead at the scene along with a 23-year-old woman from Mexico. 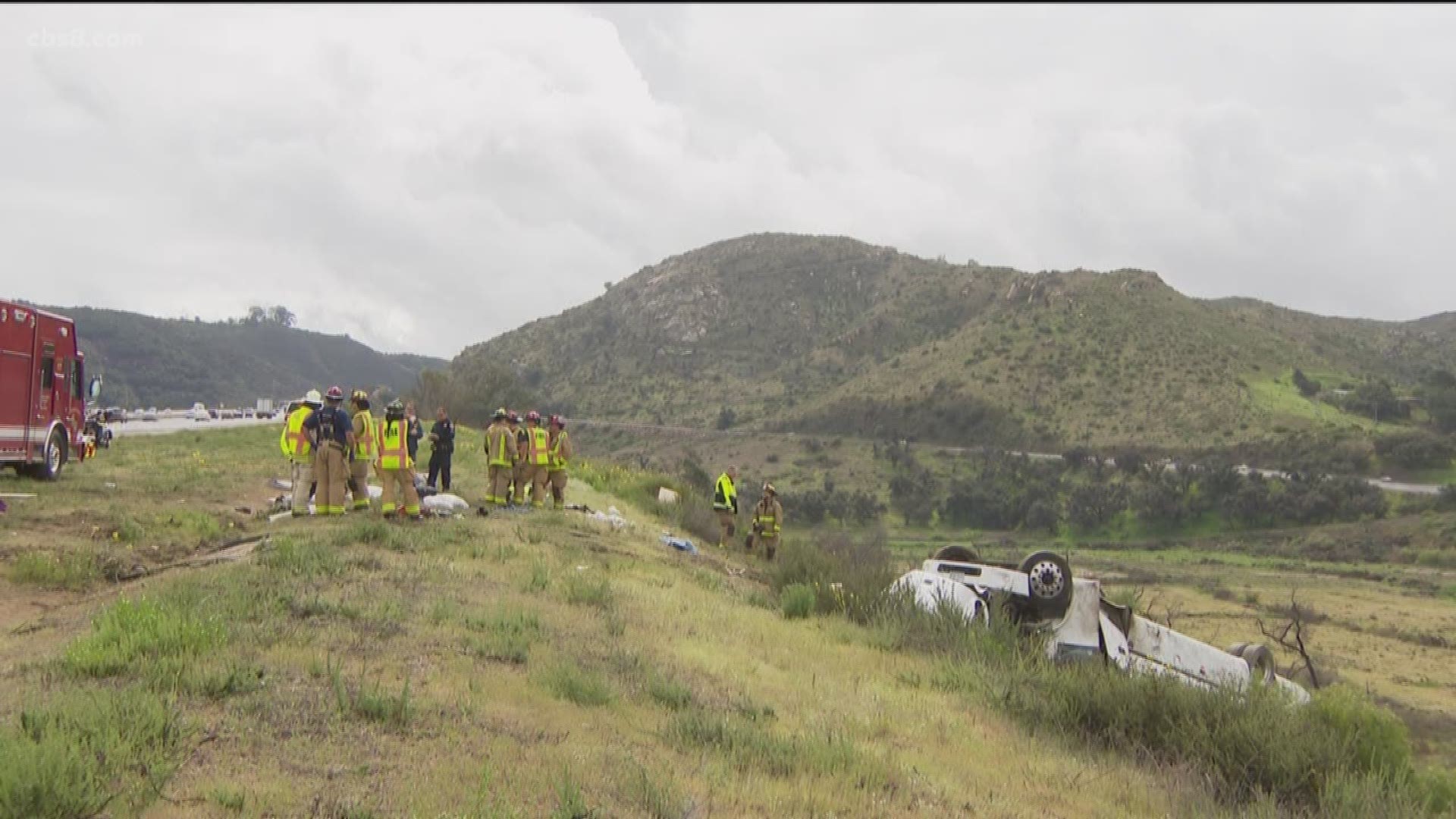 SAN DIEGO — Authorities Monday publicly identified two of the three women who were killed when a charter bus rolled over on Interstate 15 in Pala Mesa.

Maria De La Luz Diaz, 67 of Riverside, and Julia Perez Cornejo, 73 of Pasadena, were pronounced dead at the scene along with a 23-year-old woman from Mexico, according to information from the California Highway Patrol and the San Diego County Medical Examiner's Office.

They were among 21 passengers in a charter bus traveling from El Monte to Tijuana that crashed around 10:25 a.m. Saturday on rain-slicked southbound 15 south of state Route 76 in Pala Mesa, CHP Officer Mark Latulippe said.

The bus had picked up passengers in multiple cities -- including El Monte, Baldwin Park, Pomona and Riverside -- and was making its way up a steep road when the driver lost control and the bus veered to the right off the roadway and down an embankment, Latulippe said.

Eleven passengers suffered major injuries, including a 5-year-old boy who was airlifted on Sunday from Inland Valley Medical Center to the Riverside University Health System Medical Center in Moreno Valley to be treated for a severe head wound, Latulippe said. An update on the boy's condition was not immediately available.

RELATED: 3 dead and 18 injured after bus rolls off freeway near SR-76

The bus driver, a 52-year-old man from Whittier, was treated at the scene and was later transported by CHP to be questioned by officials at a station and voluntarily gave a blood sample, Latulippe said. The driver, whose name was not released, cooperated fully with investigators and intoxication was not believed to have been a factor in the crash.

The bus company's records show no reports of crashes and that it passed all inspections over the past two years, according to the U.S. Department of Transportation website.

The bus was towed to a CHP evidence yard for processing to see if there were any steering and braking problems.