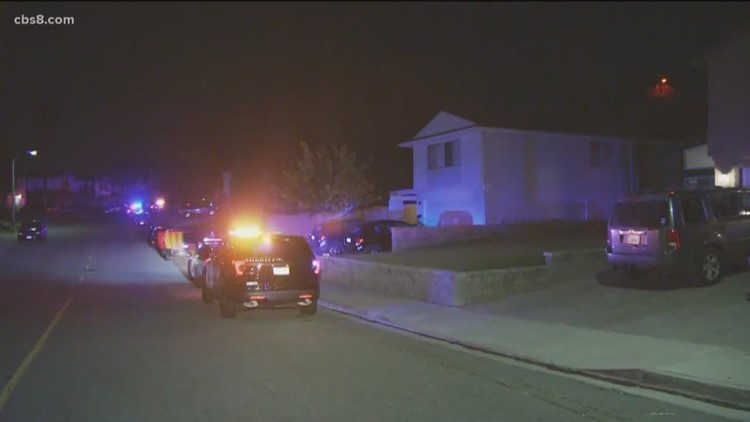 Authorities on Thursday released the names of the three deputies who shot an armed, reportedly suicidal man during an altercation inside a Lemon Grove home.

Deputies Lisa Crill, Casey Dow and Matthew Poulin responded around 6:15 p.m. Monday after dispatchers received a call from the man's mother, who reported that she lives out of state but believed her son was suicidal and had cut himself at a home in the 2100 block of Camino de Las Palmas, according to the San Diego County Sheriff's Department.

The three deputies arrived and talked to another woman, who informed them that the man was suicidal but had not cut himself.

Shortly before 6:30 p.m., the deputies went to talk to the man, identified as 34-year-old Shane Felix, inside the home, Lt. Michael Blevins said. When they approached him, he took a handgun out from inside his jacket, prompting all three deputies to open fire.

Felix was taken to a hospital, where he underwent surgery for multiple non-life-threatening gunshot wounds, Blevins said.

Felix, who has a prior conviction for arson in 2018 and a prior arrest for being drunk in public, was released from the hospital and booked into San Diego Central Jail around 5:25 a.m. Tuesday, according to jail records.

He remains in jail without bail and is set to be arraigned at 1:30 p.m. today at the El Cajon courthouse.

Deputy Crill is a seven-year veteran currently with the Santee station, and Deputies Dow and Poulin have been with the department for five years. They are both assigned to the Lemon Grove station.

The sheriff's department tweeted a link Monday night reminding anyone experiencing suicidal thoughts, or anyone who knows a person having such thoughts, to seek help by calling the county's crisis hotline at 888-724-7240 or visiting up2sd.org.