A San Diego Medical Examiner's spokesperson said "alcohol and cannabinoids were not a contributing factor" to Dylan Hernandez's death. 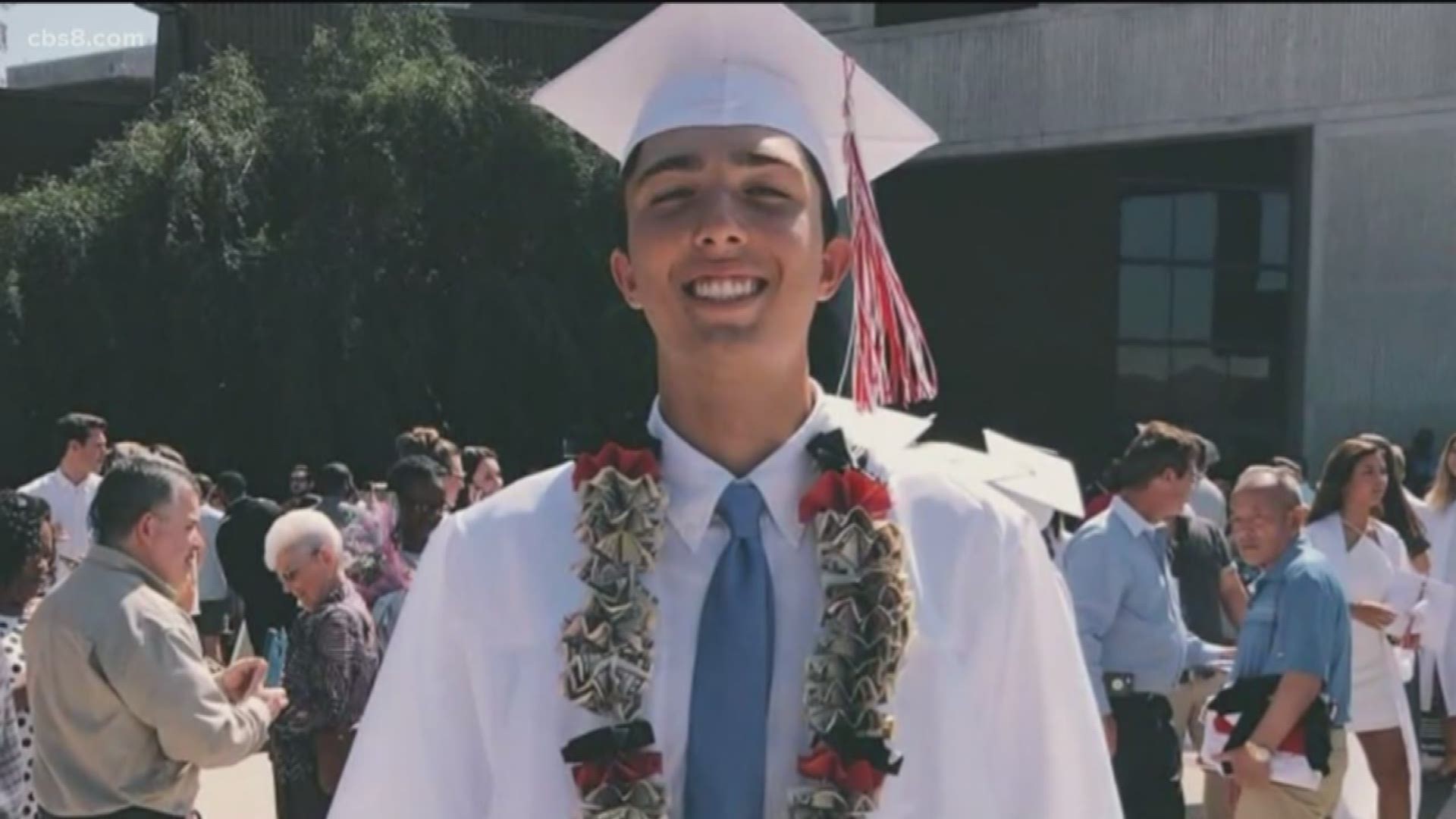 SAN DIEGO — Warning: The content of this story may be disturbing to some.

An autopsy report released by the San Diego Medical Examiner’s Office on Thursday provided details surrounding the death of a San Diego State University student who died in November 2019. The freshman succumbed to head injuries suffered after falling from a bunk bed in his dorm room following a frat party.

The report confirmed what the ME initially reported following the 19-year-old's death ruling the cause of death as blunt force injuries to the head and manner of death as an accident. Deputy Medical Examiner Dr. Jagbir Khangura wrote that toxicology testing detected “elevated alcohol (0.06% w/v) and cannabinoids” in Hernandez’s system.

A spokesperson for the Medical Examiner's office, Alex Saint, noted that the alcohol level was taken around 10:45 a.m. on the day he was brought in.

According to the San Diego Union-Tribune, Hernandez had a blood-alcohol level of .23 percent around midnight, but the ME's office did not know where that figure came from.

"Alcohol and cannabinoids were not a contributing factor to his death," Saint said.

The report listed Hernandez’s injuries as:

Some students say they believe the fraternities are not to blame, "

"They [SDSU] tried to make it seem like it was an alcohol-related death and that he got too drunk and died," said SDSU freshman Ezra Eclarian.

Eclarian and other freshman did not know Dylan but know some of his friends and those who lived in his dorm at Tenochca Hall. They believe the bunk beds are not safe.

"I believe that too he was not to that point of incapacitation it was definitely the bunk beds," said SDSU freshman Marcos Rodriguez.

According to the report, Hernandez fell out of his bunk bed early on the morning of Nov. 7 after attending an on-campus fraternity event the night before. He was helped back to bed and was later found unresponsive without a pulse, according to the report. Emergency responders responded after university police received a 911 call. Hernandez was transported to Alvarado Hospital.

Hernandez was confirmed brain dead on Nov. 8 and was pronounced dead a few days later after loved ones gave their last goodbyes, according to the Medical Examiner's Office and statements by SDSU authorities.

According to SDSU, university police launched an investigation after they received a 911 call on Nov. 7 reporting a student was in need of medical attention at a residence hall. Following Hernandez’s death, SDSU launched a web page for releases related to the investigation: sdsu.edu/investigation. On January 19, the school also responded to the question of bunk beds. In summary it says bunk beds are inspected and in the last 5 years there have been two reports from parents.

The university suspended all activities by the 14 fraternities that make up its Interfraternity Council after Hernandez was hospitalized. Hernandez, who lived at the Tenochca dormitory, had been pledging Phi Gamma Delta, also known as "Fiji," according to The Daily Aztec newspaper.

Rob Caudill, Executive Director, Phi Gamma Delta released a statement, "While we are aware that others have seen the medical examiner’s report, we are working to obtain a copy, which we hope will provide important information for us to understand what happened. We continue to work with the university and cooperate with authorities to determine the factors that could have contributed to this tragic outcome. Our highest priority is the safety of our members and anyone associated with our organization, and we have strict risk management policies governing alcohol use and safety concerns.”

RELATED: Call to ban alcohol at fraternities following the death of a SDSU freshman

The San Diego State University Police Department released the following statement regarding the report and its ongoing investigation into Hernandez’s death:

"The San Diego State University Police Department (UPD) has received a copy of the Medical Examiner’s report regarding the Dylan Hernandez case and will be evaluating the findings as part of the ongoing investigation.

UPD is aware of recent coverage that has brought specifics of the ongoing investigation into the death of Dylan Hernandez into the public space. The preliminary, incomplete police report was provided to a representative of the Hernandez family in an effort to be as supportive and transparent with the family as possible during a difficult time for them as they are mourning the tragic loss of their loved one. Details of the incomplete report, released late last year, was not meant to be shared with the public as it compromises our ongoing investigation and can hinder witnesses from sharing information. Further, the release of incomplete excerpts from the then report can contribute to inaccurate reporting and assumptions that erode the integrity and approach of the investigation.

Government Code 6254 (f) allows for varying rights of access to police reports and case information depending on the status of the inquiring party. For example, persons involved in an incident or those representing them are entitled to greater rights of access to information than are members of the public. Members of the public and the media have a much more limited right of access. Again, as this is an ongoing investigation, details related to the case are limited.

Although UPD has already identified essential witnesses, the University Police Department’s (UPD) investigation is ongoing and we are continuing to gather information. It is critical that anyone with information about this incident cooperates with law enforcement to allow authorities to conduct a thorough and complete investigation.

UPD  is encouraging members of the public to immediately come forward with any information related to this incident. Confidential reports can be made by emailing policeinvestigations@sdsu.edu or by calling (619) 594-1991."